When the battle for ‘Arsal began, many civilians in Lebanon were shocked: “Is the Islamic State really here?”

The sad reality is that the Islamic State has been in Lebanon since the advent of armed conflict in Syria; many were just unaware. Growing fundamentalism coalesced with sectarian strife in the northern Lebanese province of Tripoli was not hidden. In fact, many of the Free Syrian Army’s soldiers originated from the ‘Akkar District in Lebanon – a district well-known for its long standing conflict between the ‘Alawi of Jabal Mohsen and Sunni of Bab Al-Tabani. Nevertheless, Lebanon was poised to avoid civil war, despite the absence of a government; it would find a way to persevere.

Hezbollah entered the Syrian conflict in May of 2013, assisting the Syrian Arab Army in the Al-Qusayr and Tal Kalakh Offensives, which sealed Syria’s border with Tripoli. Almost immediately following Hezbollah’s participation, there was a public outcry from politicians loyal to the March 14th movement in Lebanon: “we do not want the war to enter Lebanon!” Too late. Hidden from the public’s eye, many militants entered Syria as early as September 2011 to combat the Syrian Arab Army. Suddenly, it became far too dangerous to cross the Syrian border into Tripoli without the fear of abduction by a local tribal group. Kidnappings and murder were common among these groups; many had even taken the extremist route by calling for prevalence of attacks against the “kuffar” or “infidels” in English. 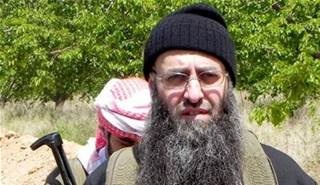 The growing influence of Salafi religious leaders like Sheikh Ahmad Al-Assir has attracted a new wave of fighters to Lebanon – the foreigners. An example of a foreign-led group in Lebanon was the Abdullah Azzam Brigades, who appeared frequently throughout Lebanon in 2013, until their Saudi leader, Majd Al-Majd, was captured by Lebanese authorities.  What were they doing in Lebanon? Many of these groups either fought or were planning on fighting in Syria.

Fast forward to 2014, the Homs border with Lebanon has been sealed and the Rif Dimashq district of Yabroud is no longer under Jabhat Al-Nusra control. Jabhat Al-Nusra fighters would return to their base in ‘Arsal, where they faced daily resistance from Hezbollah, east of the district. With nowhere to go, Jabhat Al-Nusra became sitting ducks in ‘Arsal, disrupting the peaceful province of Ba’albak and dictating the population. The Lebanese Army had enough, so a short-term conflict proceeded with the armed forces taking control of the district. What we learned from this battle was for more frightening – the Islamic State was in Lebanon.

In July of 2014, rallies for the Islamic State in the ‘Akkar District became prevalent. The flag of “Tawheed” was present at every rally. Chanting for the Caliphate and pictures of Sheikh Ibrahim Abu Bakr Al-Baghdadi were everywhere. Lebanon had just entered a violent era. Where did they come from? Well, to put this short; they have been there since the beginning of the Syrian Conflict. The MP Khaled Daher has downplayed their significance, but this is the same Minister that chastised the Lebanese Army in ‘Arsal. If you thought ‘Arsal was the end of the armed conflict, you are in for a surprise.

Report By Leith Fadel for the Arab Source News

1 thought on “Has the War In Lebanon Just Begun?”