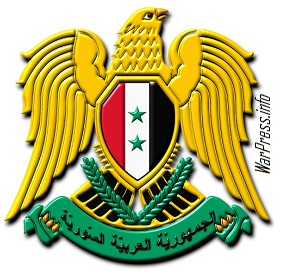 The Syrian Foreign Ministry made it clear in a statement on Wednesday that Syria will take in consultation with its friends all the necessary measures to preserve its national sovereignty and territorial integrity.

The statement, which SANA got a copy of, slammed Turkey’s attempts seeking the creation of a buffer zone inside Syria as “a gross violation” of the principles, goals and Charter of the UN and the rules of the international law which call for respecting the national sovereignty of countries and not intervening in their internal affairs.

Those attempts, the statement said, are also an infraction of the Security Council’s resolutions in relation with combating terrorism and draining its sources, citing particularly resolutions 1373, 2170 and 2178.

The Ministry lashed out at the Turkish government for having been, since the outset of the crisis in Syria, systematically carrying out everything that could disrupt Syria’s stability and jeopardize its sovereignty and territorial integrity.

Turkey’s government, the Ministry added, has provided all forms of political, military and logistic support to the armed terrorist groups whose members have come to Syria from over 83 countries, including shelter, training, funds and arms as well as access into the Syrian territories.

The Ministry also lambasted Turkey for thus having turned into a major base for terrorism which is striking Syria and Iraq and threatening the other countries of the region, citing the “conspiracy unfolding” in the border town of Ayn al-Arab as the most telling evidence of the close relationship between Ankara and the terrorist organization of the Islamic State of Iraq and Syria (ISIS), which has been for weeks now trying to seize control of the town.

The Turkish government’s violations, the Ministry said, demand that the international community, and particularly the Security Council, move quickly to terminate these violations “which pose a threat to the regional and international security and peace.”

The Foreign Ministry stressed that the Syrian people are the only ones with the right to determine their choices and future, being the ones who have been facing killing and destruction through their resilience and the heroic achievements and sacrifices of their army.

The Syrian people “won’t allow anyone to interfere in their affairs, and are bent on confronting the plots that are targeting the unity and safety of the Syrian land and people and on defending their sovereignty and independent national decision,” the statement stressed.

1 thought on “Syria rejects creation of buffer zones in its territories, will take measures to preserve its sovereignty”