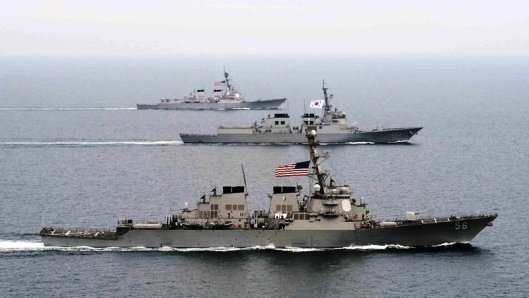 The White House spent much of last week trying to figure out if the word “war” was the right one to describe its military actions against the Islamic State.

US Secretary of State John Kerry was at first reluctant:

“We’re engaged in a major counterterrorism operation,” he told CBS News on Sept. 11.
“I think war is the wrong terminology and analogy but the fact is that we are engaged in a very significant global effort to curb terrorist activity… I don’t think people need to get into war fever on this. I think they have to view it as a heightened level of counter terrorist activity.”

By the next day, the Obama administration appeared more comfortable with the word war, yet hardly offered any more clarity. White House Press Secretary Josh Earnest told reporters, “The United States is at war with ISIL in the same way we are at war with Al Qaeda and its affiliates.”

The problem is that our traditional definition of “war” is outdated, and so is our imagination of what war means.

World War II was the last time Congress officially declared war. Since then, the conflicts we’ve called “wars” — from Vietnam through to the second Iraq War — have actually been congressional “authorizations of military force.” And more recently, beginning with the War Powers Act of 1973, presidential war powers have expanded so much that, according to the Congressional Research Service, it’s no longer clear whether a president requires congressional authorization at all.

The recent US wars in Afghanistan and Iraq will likely be the last time, in the foreseeable future, that the United States wages war in the way that’s most familiar to us: a lot of combat troops on the ground in a foreign country with lots of money and support and an ostensibly achievable objective.

US troop presence in Iraq peaked at 187,900 in 2008. In Afghanistan, it peaked in 2010 at 100,000. On paper, it looked like the United States was fighting two wars. But the reality was much more complicated, and it’s only gotten more complicated.

So how many wars is the US fighting right now? Somewhere between zero and 134. Here’s the rationale: 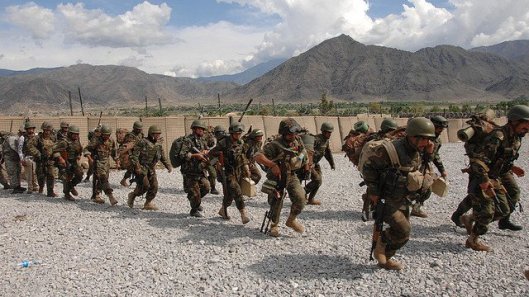 Congress hasn’t declared war since 1942 so there is no war right now. Okay, that makes no sense. 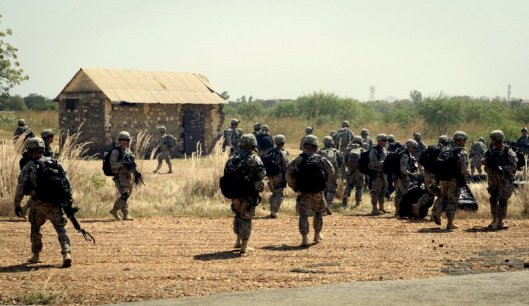 Consider the definition of war put forth by Linda Bilmes (Harvard Kennedy School) and Michael Intriligator (UCLA), who defined war in a 2013 paper as “conflicts where the US is launching extensive military incursions, including drone attacks, but that are not officially ‘declared.’”

By that definition, the United States is at war in five places right now: Iraq, Afghanistan, Pakistan, Somalia and Yemen.

Surprising, right? In 2013, the US Special Operations Command (SOCOM) — one of the nine organizational units that make up the Unified Combatant Command — had special operations forces (SOFs) in 134 countries, where they were either involved in combat, special missions, or advising and training foreign forces. (Mostly this last thing, according to public statements.)

Since most of what SOFs do is classified, all we know about them is what we get told about them. Here’s what we’re told by the Joint Chiefs of Staff:

And what do they do?

“Joint special operations (SO) are conducted by SOF from more than one Service in hostile, denied, or politically sensitive environments to achieve military, diplomatic, informational, and/or economic objectives employing military capabilities for which there is no broad conventional force requirement. These operations may require low visibility, clandestine, or covert capabilities. SO are applicable across the range of military operations. They can be conducted independently or in conjunction with operations of conventional forces or other government agencies and may include operations through, with, or by indigenous or surrogate forces. SO differ from conventional operations in degree of physical and political risk, operational techniques, use of special equipment, modes of employment, independence from friendly support, and dependence on detailed operational intelligence and indigenous assets.”

SOCOM admits to having forces on the ground in 134 countries around the world. That doesn’t mean its forces are carrying out capture or kill raids in every country, but it’s almost impossible to know where and when different operations are taking place.

That’s especially true when it comes to the Joint Special Operations Command (JSOC), an operational command within SOCOM that operates with an enormous amount of autonomy and secrecy — and, some would say, little accountability.

Founded after the failed mission to rescue American hostages in Tehran in 1980 and designed to handle similarly complex operations in the future, JSOC was a classified and little used command on Sept. 11, 2001. Since then, it’s more than tripled in size, received an ever-increasing share of funding, and has conducted operations in dozens of countries. (Journalist Jeremy Scahill wrote in depth about JSOC in his 2013 book, “Dirty Wars.” That’s where the following information comes from.)

JSOC was introduced to the world on May 1, 2011, when Navy SEALs killed Osama bin Laden in a nighttime raid on his compound in Abbottabad, Pakistan. The raid was a collaboration between the CIA and an agency almost nobody had heard of: JSOC.

“We’re the dark matter,” a Navy SEAL told the Washington Post of JSOC in 2011. “We’re the force that orders the universe but can’t be seen.”

We know more about JSOC now, thanks to investigative reporters like Scahill and Mark Mazzetti. JSOC’s core is made up of three acknowledged “Special Missions Units” (SMUs). You know these folks from TV and movies: Army’s 1st Special Forces Operational Detachment (Delta Force), the Naval Special Warfare Development Group (DEVRGU or “Seal Team Six”), and the Air Force’s 24th Special Tactics Squadron. In addition to the SMUs, JSOC has its own intelligence division, the Intelligence Support Activity, and often oversees the 75th Ranger Regiment, the 160th Special Operations Aviation Regiment (the “Night Stalkers”), and other special operations forces.

JSOC, along with the Special Activities Division at the CIA, have been the leading edge of counterterrorism under Obama. Journalists Dana Priest and William Arkin found that JSOC has carried out counterterrorism operations in Iraq, Afghanistan, Algeria, Iran, Malaysia, Mali, Nigeria, Pakistan, the Philippines, Somalia, Syria, and Yemen.

An anonymous source with close ties to JSOC gave Scahill an even more expansive list that included those countries along with Indonesia, Thailand, Colombia, Peru, and several countries in Eastern and Central Asia.

“The world is a battlefield and we are at war,” the source told Scahill of the logic that drives JSOC. “Therefore the military can go wherever they please and do whatever it is that they want to do, in order to achieve the national security objectives of whichever administration happens to be in power.” 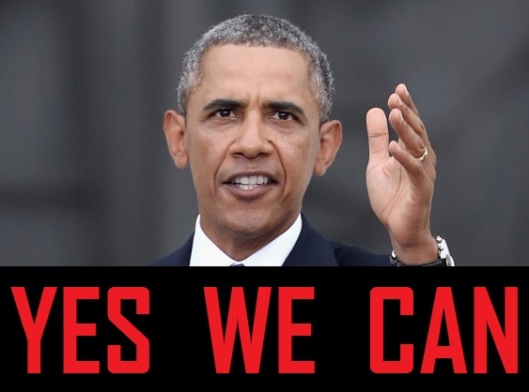 “The world is a battlefield” isn’t just a vague, hawkish worldview — it’s a legal understanding of military force in the age of a single, global war: the War on Terror.

The world is a battlefield thanks in large part to the Authorization for Use of Military Force, which Congress passed on Sept. 14, 2001 and which gives the President of the United States broad power to fight terrorism around the world.

It reads in part:

This is what the White House meant last week when its spokesperson said, “The United States is at war with ISIL in the same way we are at war with Al Qaeda and its affiliates.”

Obama has ordered more than 1,000 “military advisers” into Iraq and he insists they won’t have a direct combat role. It wouldn’t be surprising, given recent history, however, if some of these military advisers were under the command of JSOC.

So how many wars would you say the United States is now fighting? The easy answer might just be: too many.