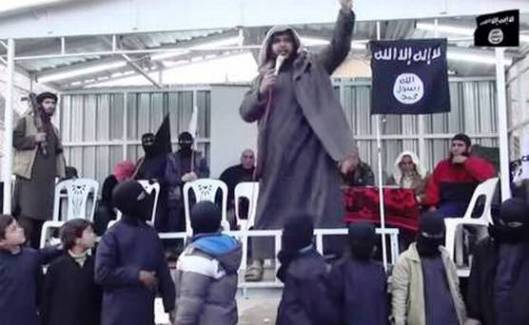 Jihadist mercenaries of the Daesh-ISIL gangs steadily torturing and abusing not only girls and women, but also Kurdish, Yazidi, Christian, or Muslim children aged 14 to 16, abducted from the Syrian border town of Kobani, HRW said in a statement released on Tuesday 4 November 2014.

The statement is based on interviews conducted with several children who were among the over hundreds civilians abducted from Kobani by Daesh gangs in May.

Four of the children who were released by Daesh last month said that the terrorists “beat the children who tried to escape, did poorly in compulsory religious lessons, or did anything else perceived by their captors as misbehaving.”

The children added that those whose families were a part of the Kurdish YPG forces battling ISIS in Kobani were made to suffer the most.
“They (Daesh-ISIL) told them (the children) to give them the addresses of their families, cousins, uncles, saying “When we go to Kobani we will get them and cut them up,’” a 15-year-old Kurdish boy said.

“Those who didn’t conform to the program were beaten. They beat us with a green hose or a thick cable with wire running through it…They made us learn verses of the Quran and beat those who didn’t manage to learn them,” one of the Kurdish boys, 16, said. “They sometimes found excuses to beat us for no reason.”

Daesh has taken hundreds of Kurds, including many children, captive over the course of the year, as it expands into predominantly Kurdish areas in northern Syria. On Monday, Daesh had released 93 Kurdish hostages abducted in February. However, an undisclosed number of Kurds are still believed to be held by the terrorist gangs.