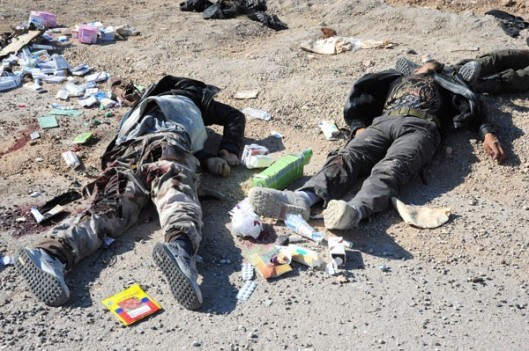 According with local sources, the mercenary commander was killed in an attack in Albu Kamal city of Deir Ezzur province, while he was driving his car, on Saturday night.

The government troops also destroyed a 30-meter-long tunnel and a terrorist position in Deir Ezzur neighborhood.

A number of armed mercenaries were killed and some others injured by Syrian Arab Army during military operations in several other neighborhoods.

The Syrian army has managed to inflict heavy losses on anti-Damascus armed groups in recent months.

The army has also conducted successful clean-up operations across the country. 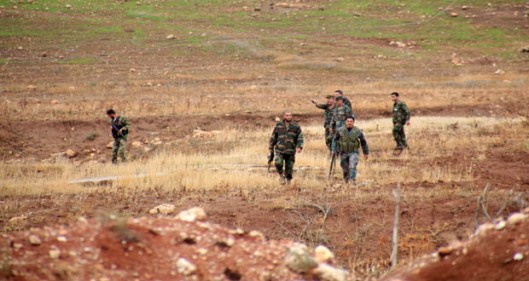 Units of the Army and Armed Forces on Sunday targeted foreign-backed terrorists in many areas across the country, killing numbers of them and wounding others, in addition to thwarting infiltration attempts.

The Army and Armed Forces units destroyed two terrorists’ dens and killed or injured numbers of them in the surrounding area of al-Shaer field in Homs countryside.

Army units killed dozens of terrorists in eastern al-Ghouta and foiled terrorists’ attempts to infiltrate from Lebanon into al-Qalamoun mount.

The army killed over 20 terrorists in the farms of Alya and Ilab in Douma.

The Armed Forces also killed a number of terrorists and destroyed their vehicles in Kafer Sijneh and al-Habit in Idleb countryside.

The Armed Forces also killed a number of terrorists and destroyed their vehicles in Kafer Sijneh and al-Habit in Idleb countryside.

A military source told SANA that an army unit killed and injured several terrorists in Kfar Sajneh village, destroying the weapons and ammunition they were using.

The source added that another army unit killed many terrorists in al-Hbeit village.

Units of the Army and Armed Forces destroyed a den of the terrorist organizations’ leaders in Tal al-Harra, killing and injuring scores of them in the surrounding of Ataman town in the countryside of Daraa southern province.

Terrorists have suffered heavy losses as units of the Armed Forces carried out a series of “successful” operations against their dens and gatherings in various areas in the southern province of Daraa, a military source said.

SANA reporter quoted the source as saying that the army units killed a large number of terrorists and destroyed several of their vehicles and a car bomb in al-Sheik Miskeen town in the countryside.

The army units established control over a number of building blocks in the western and eastern districts of the town.

Many terrorists were also killed and their vehicles were destroyed in the area between Sida and al-Ghariyeh al-Gharbiyeh towns and in Tafas town.

Meanwhile, the army units destroyed a den for leaders of terrorist groups in Tall al-Hara, leaving a number of them killed.

More terrorists were killed in the area surrounding Atman town and near Bi’r Um al-Daraj in Daraa al-Balad in the city of Daraa.

Army units stormed dens and gatherings of terrorists in the villages of Doureen, Kfar Dalbeh and Tertyah in Salma area in the northern countryside of Lattakia, according to a military source.

The source told SANA that the army’s operations resulted in destroying 3 vehicles equipped with heavy machine guns, in addition to eliminating numbers of terrorists.

Army units, in cooperation with the Popular Defense Groups, eliminated a number of terrorists in the province.

A source in the province told SANA reporter that Army unit destroyed a weapons cache and vehicles belonging to terrorist organizations, killing at least 15 of their members in Tal al-Baroud district in Hasaka.

The source also added that Army units carried out a special operation against terrorist gatherings in al-Karama, Mabtouh, al-Saddieq and al-Khamael areas in the province.

A number of terrorists were killed, other were injured and many of their equipment destroyed in the same operation.

On the other hand, terrorists fired two mortar shells on a residential neighborhood and in the surrounding area of the sport compound in Hasaka city, leaving material losses only. 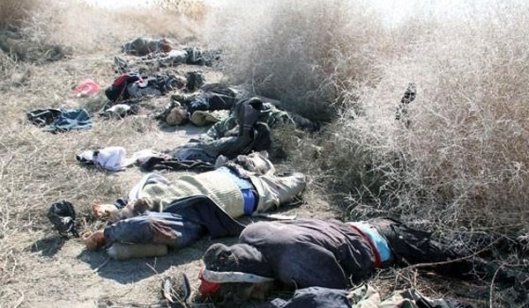 At least 50 Daesh-IS mercenary terrorists have been killed in the past 24 hours in clashes with Syrian Arab Army and suicide bombings.

The number of deaths was one of the highest daily tolls for the terrorist group since they launched the assault on the strategic town on the Turkish border, in September.

At least five of those killed were suicide bomb attackers, two of them involved in attacks on the border crossing that separates Kobani from Turkey.

Another 11 were killed in clashes that ensued between Kobani’s Kurdish defenders and Daesh-IS barbarian mercenaries at the border after the bombings, but there was no breakdown for the remaining toll.

11 Kurdish fighters were killed in the same period in Kobani.

Daesh Gangs began advancing on Kobani on September 16, hoping to quickly seize the small border town and secure its grip on a large stretch of the Syrian-Turkish border.

At one point, it looked set to overrun the town, but Kurdish Syrian fighters and Iraqi Kurdish peshmerga forces, have held back the barbarian jihadist mercenaries.

For now, the town remains still under Kurdish control.