Damascus, 7/12/2014 – The General Command of the Army and Armed Forces said in a statement that the Israeli enemy targeted two areas in Damascus Countryside in al-Dimas and Damascus International Airport, which is a civilian airport, on Sunday afternoon, causing material damage to some facilities.

The General Command said this attack proves Israel’s direct involvement in supporting terrorists in Syria against which the Armed Forces achieved significant victories in Deir Ezzor, Aleppo, and other areas.

The statement said that this attack aimed at raising the morale of terrorist organizations, including the Al Qaeda-affiliated Jabhat al-Nusra and ISIS, following the consecutive strikes directed against them by the Syrian Arab Army.

The General Command asserted that such acts of aggression will not dissuade it from continuing its war on terrorism in all its forms across the entirety of Syria.

The National Leadership of Al-Baath Arab Socialist Party issued a statement strongly condemning the Israeli aggression, saying that this attack comes as no surprise for the Syrians who know that the Israeli enemy will rush to aid its terrorist allies in a bid to raise their morale following the defeats they suffered at the hands of the Syrian Arab Army.

The statement said that the attack constitutes further evidence of the alliance between Israel and the terrorists against the Syrians who are committed to combating terrorism and protecting Syria’s independence and dignity, concluding by asserting that this aggression will only make Syrians more determined to persevere until victory is achieved.
(SANA-Hazem Sabbagh)

Damascus, 7/12/2014 – Foreign and Expatriates Ministry on Sunday addressed two identical letters to the UN Secretary General and Chairman of the UN Security Council on the Israeli aggression on the Syrian soil.

The messages read that Israel has committed a heinous crime against the sovereignty of Syria as Israeli warplanes attacked two safe areas in al-Dimas and near Damascus International Airport in Damascus Countryside, causing material damage in a number of institutions there.

The Ministry stressed that the attack is in the framework of extending help and support to the armed terrorist groups in Syria, especially after the series of achievements made by the Syrian army in Deir Ezzor, Aleppo, Daraa and other areas.

The attack also aims at covering up the internal disputes in Israel through diverting the attention away from the collapse of the Israeli coalition government and the extremism of this government, embodied in its continued occupation of the Arab territories and violation of the international legitimacy and law in addition to UN Security Council’s resolutions, according to the Ministry.

The attack reflects the Israeli explicit involvement in supporting the armed terrorist groups in Syria, on top of which Jabhet al-Nusra, along with well-known regional and western countries.

The messages highlighted that such attacks will never dissuade Syria from countering terrorism with all its forms, types and tools on all the Syrian soil, warning against the repercussions of these attacks on the security and peace in the region and the world.

The Syrian government called for imposing deterring sanctions on Israel, which did not hide its policy in supporting terrorism, calling also for taking all procedures, in accordance with the UN Charter, to prevent Israel from repeating such attacks.

In turn, the General Command of the Army and Armed Forces said the Israeli enemy targeted two areas, al-Dimas and outskirts of Damascus International Airport, in Damascus Countryside, causing material damage to a number of institutions there.

The Army Command highlighted that such attacks, which aim at providing support to terrorists, will never dissuade the army from countering terrorism with all its forms, types and tools and on all the Syrian soil.
(SANA-M. Nassr) 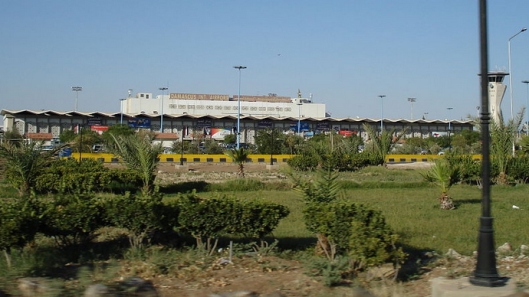 7/12/2014, RT – Israeli airstrikes have hit targets near Damascus International Airport and in the town of Dimas near the Lebanon border, Syrian state TV reports.

“The Israeli enemy committed aggression against Syria by targeting two safe areas in Damascus province, in all of Dimas and near the Damascus International Airport,” the report said, adding that there were no casualties. 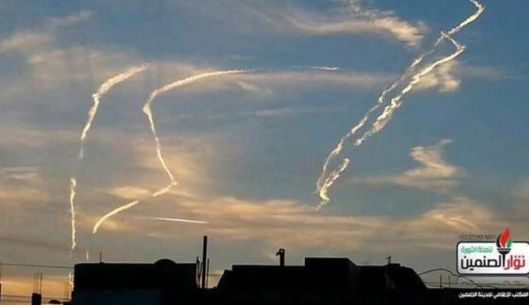 The airstrikes targeted an arms depot, a source in Syrian army’s Joint Staff toldSputnik news agency on Sunday. “The Israeli Air Force have conducted airstrikes on an arms depot, which caused huge blasts near the [Damascus] International Airport,” the source said in a phone conversation.

Residents in the Syrian capital said they heard loud explosions.

According toLebanon’s Al-Manar television, the Israeli jets bombed areas near the smaller airport at Dimas.

The town of Dimas is located northwest of Damascus near the border with Lebanon.

A spokesman for Israel Defense Forces told Reuters he would “not relate to the foreign reports.“

The Israeli Air Force has carried out several airstrikes in Syria since the beginning of the civil war there. The Israelis targeted what they claimed were sophisticated weapons systems destined for Damascus’ ally, the Hezbollah militant group in Lebanon.