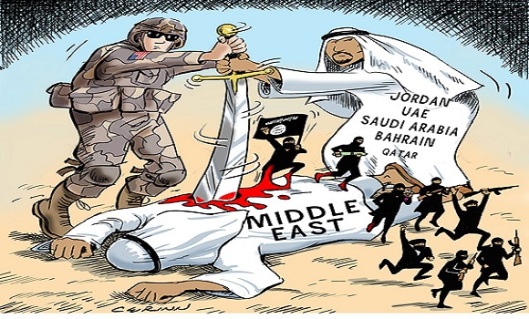 New York – Syria’s permanent envoy to the UN Bashar al-Jaafari said that a draft resolution, submitted by the Qatari and Saudi regimes, which criticizes the state of human rights in Syria is an odd paradox and mockery, referring to hundreds of reports and statements that unveiled the range of the Saudi and Qatari regimes’ involvement in igniting violence and bringing international terrorism into Syria.

Al-Jaafari added Thursday in a statement at a UN General Assembly session before voting on a draft resolution on “Human rights’ State in Syria” that the terrorist activities of the two regimes didn’t stop at financing and arming the terrorists, but they went to the opening of camps to train the terrorists on the Saudi, Qatari, Jordanian and Turkish lands.

He referred to scores of western reports that document the way through which Qatari institutions help terrorism, make money laundering and provide job opportunities for main personalities connected to terrorism.

“While representatives of Qatari and Saudi regimes call, in their draft resolution, particularly in article 24, for holding a democratic, pluralistic and civil state where woman has active participation, the legitimate question would be; where is the Saudi or Qatari implementation for those legitimate calls on their people who live under Sheikhdoms that have never heard of any parliament or constitution,” al-Jaafari wondered.

He added the criminal practices of the Saudi authorities against the women have reached to the Syrian girls who live in the refugee camps of the neighboring countries, referring to a Saudi decision that legitimizes trafficking in the Syrian orphan girls.

Al-Jaafari affirmed for three years, governments of the states that submitted the draft resolution, have kept to their bias and denial of the existence of terrorism in Syria, rejecting any positive signal to Syria’s efforts, and today they wake up lately, not to acknowledge the danger of terrorism on Syria and the region, but to go out of the embarrassment corner those governments have put themselves in.

He said that though the Qatari and Saudi regimes have bought everything, including the UN Center on Counter-terrorism, they will not be able to buy the voice of the Syrian people who will punish them, sooner or later, for their terrorism.

Al-Jaafari urged the UN member countries to reconsider their voting and vote against the draft resolution. 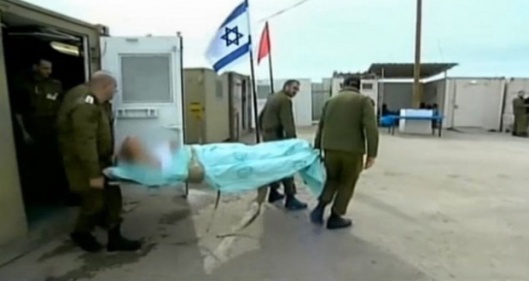 Beirut – New media information revealed that up to 1400 terrorists who were wounded in Syria have been treated at the expense of the Israeli War Ministry in a field hospital in the occupied Syrian Golan.

In a news report published on Friday, the Lebanese newspaper “al-Akhbar” said the Israeli War Ministry has allocated amounts of its budget to treat its terrorist agents fighting the Syrian army in a field hospital it has set up in the Golan to that effect since the beginning of the crisis in Syria.

The Israeli channel reported that the terrorist organizations know well how to reach the place where they move their injured members according to a specific mechanism, which quite clearly prove the growing prior coordination between those organizations and the Israeli enemy.

Israeli medical treatment to terrorists has also been provided at Israeli hospitals inside the occupied Palestinian territories, including hospitals that treat high ranking Israeli officers.

Recently, there have been almost daily reports of injured terrorists being transported to those hospitals, with the number of those amounting to tens of hundreds, most of them being taken care of in Poriya hospital in Tiberias and Nahariya hospital in Galilee.

The latest of such reports came out earlier today by the Israeli “Walla” website, saying that another terrorist with leg wounds was admitted to Poriya hospital last night.

Other Israeli reports stated that an estimated USD 14 million have been spent by the Israeli authorities to treat terrorists injured in Syria since the outbreak of the terrorist war waged against in 2011.

Various intelligence and other reports have come to confirm those published by the media, including reports by the UN Disengagement Observer Force (UNDOF) monitoring the 1974 accord between Syria and the Israeli enemy.

Even the UN force itself has not been spared by the terrorist organizations operating in the disengagement zone, which are receiving direct Israeli support.  UN personnel came under repeated attacks by terrorists, including from the Security Council-blacklisted Jabhat al-Nusra organization, which involved clashes as well as abduction in several cases.

Israel’s support to the internationally-created terrorist organizations has taken various aspects, not least the Israeli warplanes launching attacks against sites inside the Syrian territory, all in flagrant violation of the counterterrorism resolutions issued by the UN and Security Council in particular. 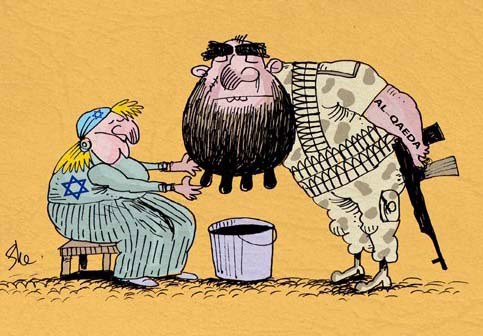 2 thoughts on “Israeli, Saudi and Qatari involvement-support to terrorists in hundreds of reports”