Unconfirmed reports stated that one of the three terrorists has been arrested by French police in relation to the terrorist attack and the massacre of 12 people, including 4 cartoonists of the Charlie Hebdo Magazine in Paris.

CNN and The Guardian are citing sources as saying the location of the three suspects, three men (2 Algerian brothers) aged between 18 and 34, has been detected after hours of manhunt. 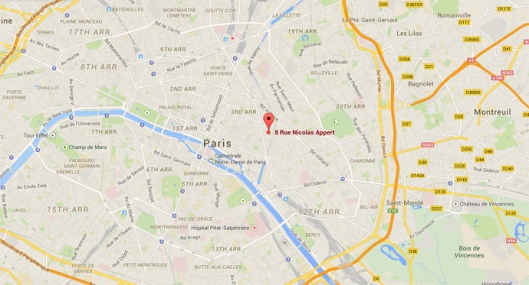 Police said one of the terrorists lost the driving licence in the car, a Citroen C3, in their getaway, after they were forced to abandon it after a crash. 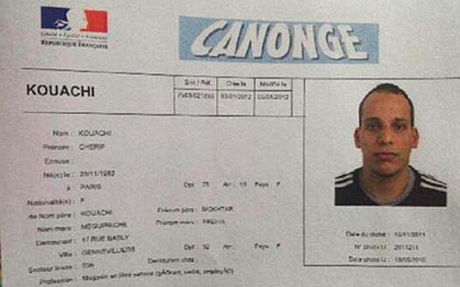 The pair believed to have carried out the murders were named as the brothers Saïd and Cherif Kouachi, French nationals of Algerian parentage aged 34 and 32, who were born in Paris’ 10th arrondissement.

Cherif was reportedly part of an Iraqi jihadi network of around 10 young Parisians dismantled in the nearby 19th arrondissement of Paris. He was sentenced to three years in prison with 18 months suspended in relation to terror charges in May 2008.

Hamyd Mourad, 18, believed to be the driver of the commando unit, is of no fixed abode. Last year, he reportedly was enrolled in a lycée in Charleville-Mezières around 50 miles from the Champagne capital of Reims, northeastern France. The nationality of the youngest is still unknown.

The latest tweet on Charlie Hebdo’s account was a cartoon on DAESH (the so-called “Islamic State”) leader, Abu Bakr al-Baghdadi and it is believed it is a rael reson for this attack. 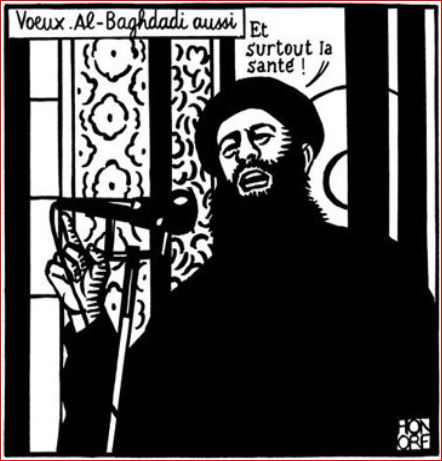 It is believed that ISIS is behind the terrorist attack to offices of French satirical weekly Charlie Hebdo on Wednesday which killed at least 12 people.

The cartoon mocking ISIS leader Abu Bakr al-Baghdadi was tweeted by the French magazine Charlie Hebdo just an hour before two gunman burst into their offices and shot dead at least 12 people.

The 12 people were killed by the terrorist gang with Kalashnikovs and a rocket-launcher.

Footage shot by an eyewitness apparently from the attack shows two armed men dressed in black approach a wounded police officer lying on a pavement.

One of the men shot the officer in the head, before both men were seen running back towards a black vehicle and driving away.

Editor-in-chief Stephane Charbonnier, known as Charb, and the cartoonists known as Cabu, Tignous and Wolinski were killed in the attack. 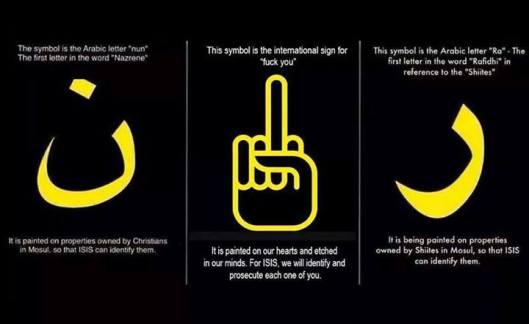 6 thoughts on “One of the murderers of the Charlie Hebdo magazine’s cartoonists, arrested [Unconfirmed Reports]”