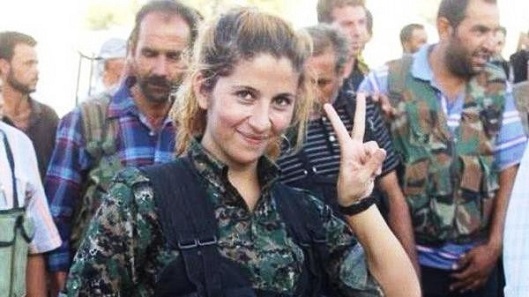 Kurdish fighters had pushed DAESH-ISIS terrorist gangs out of Kobane (Ain al-Arab) after 4 months of battle.

Mustafa Ebdi, a kurdish fighter from Kobane said to local reporters that at the moment there is no more fighting inside the town.

YPG forces were advancing carefully in Maqtala because of the threat of mines and car bombs.

The loss of Kobane (Ain al-Arab) would be a key symbolic blow against DAESH gangs, which has lost more than 1,000 men since it began its advance on the town on September 16/2014.

The failure of Kobane could mean the brakes on DAESH-ISIS plans for expansion in Syria.

Kobane is a huge symbol, because everyone knows Kobane and now everybody know that it is where the Syrian Kurds fighters stopped the DAESH terrorist gangs.

DAESH lost hundreds of fighters, millions of dollars of weapons, but they lost as well the image that wherever this terrorist gang go no one can stop them.

Over the border in Iraq, Staff Lieutenant General Abdulamir al-Zaidi announced they had liberated Diyala province from DAESH-IS jihadist mercenaries, and now Iraqi forces are in complete control of all the cities and districts and subdistricts of Diyala province.

NOTE: The contents of the articles, speeches or comments on this page are of sole responsibility of their authors. The team and the editorial staff of SyrianFreePress.NETwork do not necessarily subscribe every point of view expressed and are not be responsible for any inaccurate, incorrect statement in this article.