6 Lebanese martyrs and 22 injured were claimed in a terrorist bombing which targeted on Sunday a bus at a parking lot in the neighborhood of al-Kallaseh in Damascus.

A bomb placed on a bus ferrying Lebanese pilgrims around Shiite holy sites in Damascus exploded Sunday, killing at least seven people, according to Syrian activists and Lebanese media.

The bombing underscored how neighboring Lebanon has become ensnared in the complex conflict, The Star reports.

The attack wounded at least another 20 people as it shattered the vehicle near the Damascus citadel and the centuries-old Hamidiyeh bazaar, state-run media reported.

Al Manar TV said the pilgrims were travelling from the shrine of Sayidna Ruqqaya in central Damascus to the southern shrine of Sayidna Zeinab when the bomb detonated. The bus belonged to a Lebanese Shiite pilgrim tour company.

Another bomb was found near the bus and was dismantled by security forces, Syrian state-run media reported. It was not immediately clear when, or how, the bomb was placed on the bus.

Syria’s Al Qaeda affiliate, the Nusra Front, claimed responsibility for the blast. The Nusra Front also claimed it was a suicide bombing, while Syrian state media and Al Manar both said the blast was caused by a bomb placed on the bus. 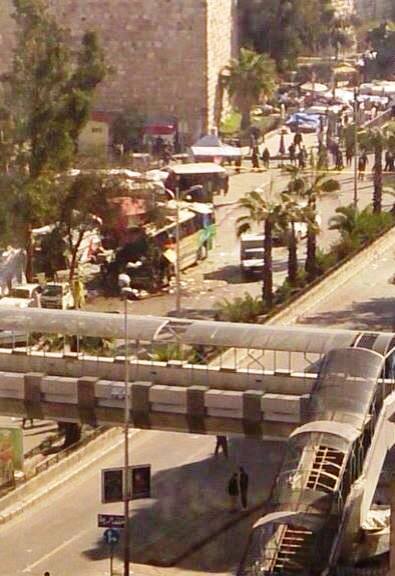