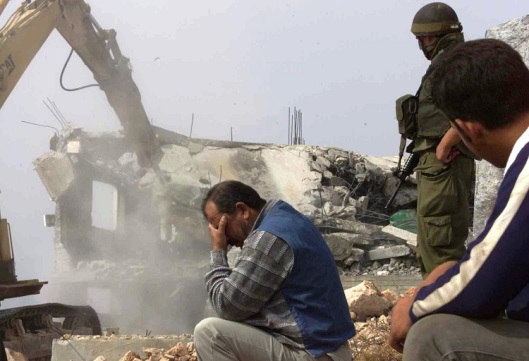 Israeli Prime Minister Benjamin Netanyahu has instructed Minister of Military Affairs Moshe Ya’alon to go ahead with a plan to demolish some 400 Palestinian structures in the occupied West Bank because they were allegedly funded by the European Union.

Netanyahu says these properties, in Palestinian land, were built without the Zionist entity permit.

Most of the new homes recently built, are in the vicinity of Ma’aleh Adumim, one of the largest settlements on edge of Jerusalem al-Quds.

All temporary or permanent buildings in Area C –that represents approximately 61 percent of the West Bank and is under Israel’s full military and security control– must have permission from Tel Aviv. However, Israel usually denies permits to Palestinian families in an attempt to force them leave.

Even if these homes were not funded by the European Union, Israel would have any ways ordered to demolish them, because the Israeli regime is used to home demolition orders as part of its efforts to seize Palestinian lands and expand the illegal Jewish settlements in the area.