(Damascus, SANA 16/2/2015) ~ Syria strongly condemned the heinous crime committed by terrorist groups against Egyptian citizens in Libya, a crime which shows the true nature of these organizations.

The crime in question is the murder of 21 Egyptian by beheading at the hands of DAESH (also known as ISIS, ‘Islamic State in Iraq and Syria’) members, which was shown in a video released by the terrorist organization on Sunday.

An official source at the Foreign and Expatriates Ministry said that this crime constitutes further proof of the barbaric nature of such organizations and the threat they pose to the safety and future of the people and countries of the region and the entire world.

The source said that this threat requires that all countries committed to combating terrorism – particularly Syria and Egypt – band together to confront terrorism, extremism, and the takfiri mentality and implement Security Council resolutions on stopping the financial and logistic support for terrorism.

The source concluded by offering the sincerest condolences on behalf of the Ministry to the families of the victims and to the people of Egypt.

The Coptic Church confirmed that 21 Egyptians believed to have been held by DAESH are dead.

The Egyptian strikes, conducted by war planes, targeted DAESH weapons cache and ammunition, in retaliation of criminal acts of terrorist organizations inside and outside the country, Egyptian armed forces spokesman Brigadier General Mohamad Samir said in a statement.

For his part, Colonel Ahmad Mesmari, spokesman of the so called ‘Libyan Army‘ (a fake army, a NATO’s puppet organization, responsible and accomplice of the Western powers in the bombing and destruction of Libya, for the killing of Col. Gaddafi and part of his family, and for the looting and destruction of Libyan facilities and resources) said in a statement that ‘Libyan army’ is striking DAESH positions in the city of Sirte and surroundings, indicating that air strikes would not stop till DAESH heavy losses are achieved.

The Coptic Church confirmed that 21 Egyptians believed to have been held by DAESH are dead. 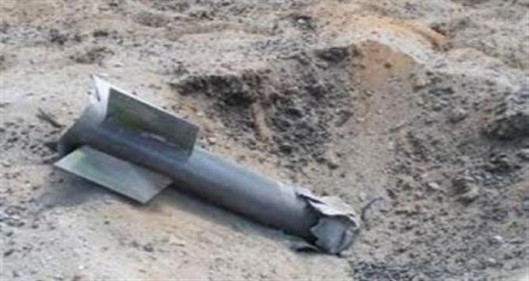 (Aleppo, 16/2/2015) ~ Nine civilians, including three children, were killed when foreign mercenary forces fired rocket shells on al-Serian neighborhood in Aleppo city, a source in the northern province said on Monday.

SANA reporter quoted the source as saying that the attacks left also 20 other civilians injured and caused material damage to a number of houses, cars and shops, noting that the shells were fired by terrorists who are positioned in Bani Zaid neighborhood.