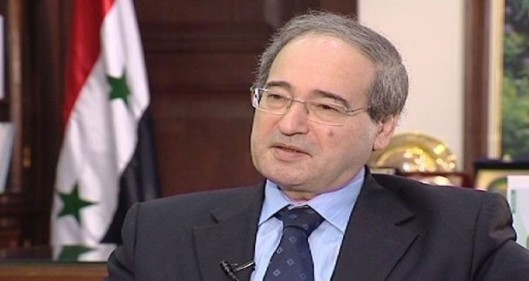 (Damascus/SANA/Mazen Eyon, 21/2/2015) ~ Deputy Foreign and Expatriates Minister Fayssal Mikdad  said the agreement between the US and Turkey to train and arm terrorists of the so-called “moderate opposition” means the failure of a plan set by the UN envoy to Syria Staffan de Mistura before it begins and reflects Erdoagan’s unsuccessful endeavors and his cooperation with terrorists.

“This agreement is a premature judgment by those countries on the failure of de Mistura’s mission which was supported by Syria that will exert every effort to make it a success,” Mikdad said Saturday.

“The reality which became crystal clear is that the US politicians are the ones who protect the terrorist criminal organizations, and the most important evidence on this fact is the cosmetic war of the US coalition on the Islamic State in Iraq and Syria (ISIS) terrorist organization which is carried on beyond the international legitimacy and the UN Security Council’s relevant resolutions,” Mikdad added.

He affirmed that the US talking about terrorist “moderate” armed groups in Syria and in other regions, including their relations with gangs of Muslim brotherhood which perpetrated crimes in Syria and Egypt, is an indication to the failure of the US administration in outlining its strategy and targets.

Mikdad said Syria won’t see anything new in the hostile policy of the US and Turkey as this agreement is an extension to the US-Turkish polices since 4 years.

He added that announcing the training of thousands of terrorists will be an announcement to kill the international law and all regulations set by those who believe in the achievement of international peace and security.

Russian Foreign Minister Sergei Lavrov said the foreign interference in the affairs the Middle East countries and the nonchalance about the future of their people have caused extremism and terrorism to spread.

(SANA/Mohammad Nassr/Manal Ismael) ~He attributed the current state of affairs in a number of countries [in the region] to the blatant interference in its internal affairs. “This flagrant interference and the disregard for the fate of peoples have caused extremism and terrorism to metastasize.”

During his meeting with Patriarch John X Yazigi, Greek Orthodox Patriarch of Antioch and All the East who is on a visit to Russia, Lavrov reiterated that Russia is working on reaching a peaceful solution to the crises in Syria and Yemen and on stabilizing the situation in Iraq, adding that Moscow is very worried over the situation in Libya.

For his part, Patriarch Yazigi expressed appreciation for the Russian stances and efforts exerted to reach a peaceful settlement to problems in the Middle East region.

Following the meetings, Patriarch Yazigi granted Lavrov medal of Saints Paul & Peter, a prestigious religious medal, for his efforts to bring about peace and in appreciation for the Russian role in providing humanitarian and political aid to the countries of the region. 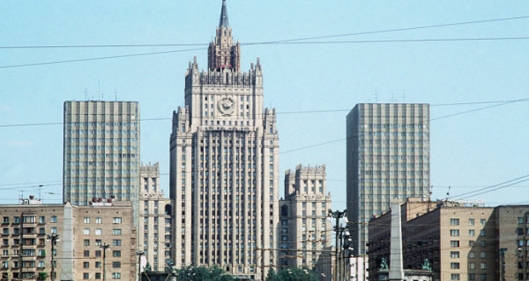 (Moscow, SANA/Hazem Sabbagh) ~ The Russian Foreign Ministry said that the U.S.-Turkish agreement to train, equip, and arm what Washington calls “moderate opposition” is a continuation of the previous course of supporting those who want to use force to reach their goals, neglecting the victims of conflict and the suffering of civilians.

In a statement on Friday, the Ministry said that this agreement entails training Syrian armed units belonging to “moderate opposition” in Turkey as part of a program with a budget of USD 500 million launched by the U.S. which entails training 5,000 opposition fighters per year by 400 professional U.S. trainers in Turkey, Jordan, and Saudi Arabia.

The Ministry said that this information raises questions about the public statements that the Syrian crisis must be resolved by political means while in fact the previous approach of supporting those who want to reach their goals by use of force, asserting that the announced goal of this agreement, which is allegedly to have them fight ISIS, is dubious, and ignores the Syrian Army as usual when in fact it is the true force that is combating terrorism.

The statement noted that there’s no clear indication as to where these fighters will be active and which side they will take.

The Ministry reiterated Russia’s determination to continue working towards an urgent political settlement in Syria, saying that communications will be held with opposition groups within the next few days and new consultative meetings have been scheduled similar to the one held in Moscow in January. 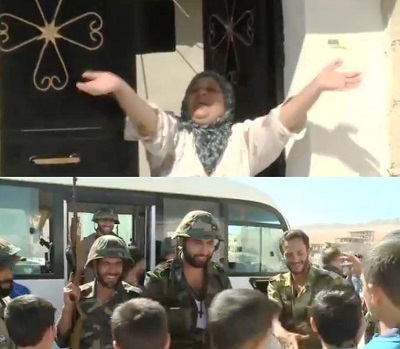 (Tehran, Rasha/Mazen) ~ Iranian Defense Minister Brig. Gen. Hossein Dehghan on Saturday stressed that the operations of the Syrian Army and people against terrorism have reached the stage of deterrence, saying that Israel is unable to take any move against the resistance in the region.

“Takfiri terrorist organizations are practicing their aggression in the region on behalf of the Zionist entity,” Dehghan said in a statement.

Iranian Assistant Foreign Minister for Arab and African Affairs Hossein Amir Abullahian on Friday said “the Syrian army’s victories are good news that the full liberation of Aleppo city from terrorists is just around the corner.”

1 thought on “Failure of de ‘Mistura initiative’ ~ Syrian Foreign Minister F. Mikdad: “Syria won’t see anything new in the hostile policy of US & Turkey, it is crystal clear that US politicians protect terrorist organizations” ~ REPORTS”