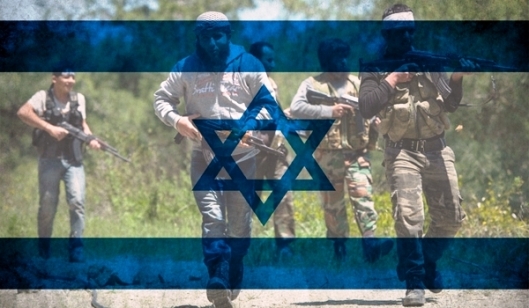 Israel’s Golani Infantry Brigade is training the high ranks and commanders of the DAESH (ISIL-ISIS) terrorist group in the Sinai for sabotage operations in Egypt, a senior Iraqi legislator revealed on Saturday.

Wahhab al-Tayee, rapporteur of al-Sadeqoun parliamentary faction in Iraq affiliated to the Asaib Ahl al-Haq group, told FNA that ISIL is nearing complete annihilation in Iraq and Syria, and “it has been transferred to Egypt under the name of Daames (the Islamic State in Egypt and Sudan)”.

“The serial killings of Egyptian militaries in the Sinai vindicates the veracity of this claim,” he added.

“At present, the ISIL has deployed several brigades in the Sinai, whose commanders have been trained by the Zionist regime’s Golani Brigade and are now operating against Egypt,” he added.

In relevant remarks in December, Iranian Supreme Leader’s senior adviser Ali Akbar Velayati underlined that the ISIL had been created by the West and Israel to pursue their interests in the region.

“ISIL has actually been created by the western colonial powers and the Zionists because whatever this terrorist group does runs counter to Islam and the rules of all Islamic sects,” Velayati said.

Also in the same month, Supreme Leader of the Islamic Revolution Ayatollah Seyed Ali Khamenei described the ISIL terrorist group as just a branch of the Takfiri stream which had troubled the region, and said ISIL was serving the US and Israel’s interests.

Addressing the political and religious figures participating in the ‘International Congress on Takfiri Streams in the Eyes of the Islamic Ulema’ in Tehran, Ayatollah Khamenei described the Takfiri stream as a problem imposed by the arrogant powers on the region in line with the US and Israel’s interests, and said the Takfiri stream should be considered as a phenomenon beyond the ISIL as the terrorist group is only a branch of the Takfiri stream.

“The Takfiri stream and the governments which support it completely move in line with the goals of the arrogant powers, meaning the US, the hegemonic European governments and the Zionist regime, and are practically at their service under an Islamic disguise,” he added.

Ayatollah Khamenei said diverting the Islamic Awakening was one of the goals pursued by the arrogant powers by supporting the Takfiri streams, and said, “The forefront of Muslims’ struggle in the region was focused on the occupied Palestine but the Takfiri stream changed this frontline and moved it into the streets and cities of Iraq, Syria, Pakistan and Libya and this is one of the Takfiri stream’s crimes which cannot be forgotten.”

He underlined that another instance for showing that the Takfiri stream was serving the US, Britain and the Zionist regime was that its supporters didn’t even show a minimum opposition to the Zionist regime and even collaborated with the regime in fighting the Muslims.

The Supreme Leader described destruction of the Muslim states’ infrastructures as another instance of the Takfiri stream’s services to the enemies of Islam, and said the stream also took the world attention off the 51-day Israeli war on the Gaza Strip, leaving the Palestinian resistance groups and people alone in their defense against the Zionists’ aggression.

He stressed that the so-called US-led anti-ISIL coalition was nothing but a lie, and said the US airdrops of military equipment and weapons for the ISIL displays much of the truth.

He also underscored the Muslim Ulema’s responsibilities in the current situation, and said they should form a scientific, logical and pervasive campaign to uproot the Takfiri stream.