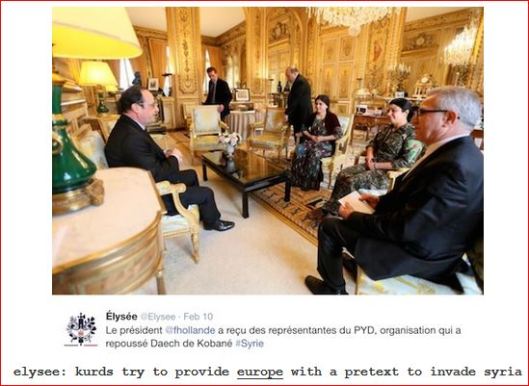 “The spirit of Ashma”: Ocalan joins other Kurdish ‘political’ leaders collaborating with NATO to try & unleash invasion of Syria

The jailed PKK leader Ocalan’s support for NATO was exposed during his Nowruz speech, that frankly beggars belief in it’s deceit.

I am certain that Ocalan appreciates that hell will freeze over before genuine European resistance to NATO will stand by and watch Kurds use the many weasel words of fake ‘identity politics’ and ‘resistance’ to try and provide European governments with a pretext to unleash a NATO invasion of Syria. 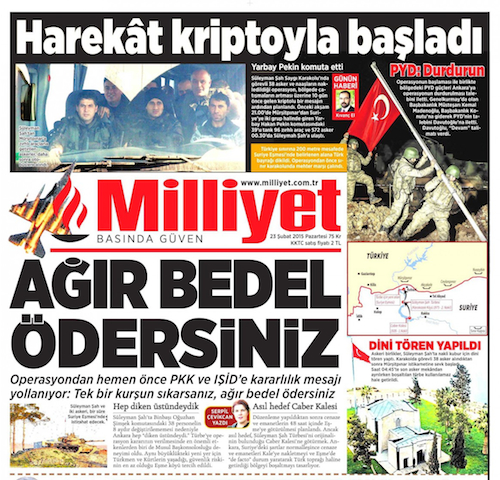 “the spirit of ashma”: nato imperialism supported by both the phoney ‘islamic state’ and kurdish ‘political’ leaders.

“Before launching the operation [to relocate the] Suleyman Shah mausoleum, Turkey has conveyed a message to the PKK and DAESH that if a single bullet were to be fired on the soldiers, this would entail a heavy price…”

Needless to say, the Milliyet report aims to disguise the collaboration between NATO, Turkey, the ‘Islamic State’, HDP/PKK & PYD/YPG.

[23.02.2015] DIHA: KARAYILAN: NEITHER SUCCESS NOR VICTORY IN SULEYMAN SHAH OPERATION

PKK Executive Committee member Murat Karayılan said the operation to move the tomb o Suleyman Shah had involved the approval of the PYD and YPG, adding that the Turkish state had also reached agreement with ISIS to ensure there was no intervention.

The deceit of various Kurdish ‘political’ leaders who claimed to have various conflicts with Turkey is now fully exposed as a cynical manoeuvre.

Kurdish ‘political’ leaders are specifically trying to provide European governments with a pretext to overtly provide lethal weapons to ‘Kurds’ in Syria, which would be the precursor to/open the door to a NATO invasion of Syria.

The dirty big brown envelope for Ocalan et al is therefore huge and their complicity in trying to destroy people living in Syria & Iraq unforgiveable.