HYPOCRISY!
While Saudi Beheads Gays, ‘Rape By Prince’ & Others Is NOT Uncommon! … Neither is Their Beatings!

Saudi Arabia, the country that has a well known history of beheading gays is actually the homosexual hypocrisy & inhumane capital of the world. For a country who claims to practice strict Sharia law, they have to be the most UN-practicing nation of Fake Muslims on the planet. Their actions alone, and retarded fatwas constantly issued around sex are out of control.

To be gay in Saudi should NOT be a crime. If Saudi was any kind of conscience driven, let alone democratic country (not to mention a humane one), they wouldnt have to rape, beat or kill as many as they do. But thats not the case. Its easier for Saudi to claim they are Muslims practicing Islamic Sharia law, but actually, it doesnt describe the facts, and its not hard to understand why.

Saudi is one of the few backwards gulf states that doesnt allow females, unmarried, to be in the presence of other Saudi men unless accompanied by a male relative, or one set to watch over her. Saudi would like you to believe that the reasons for this is because they dont want the woman raped or harmed, but again, the facts dont support this. Rapes happen anyway.

Saudi keeps males and females separate because they feel its an easier way to control them. Saudi knows if it lost control of its population, true Muslims would not stand for the Wahhabi brand of fake Muslim the royals experience. Vacation anywhere in the world, and you will find Saudis womanizing, drinking alcohol, smoking cigarettes and marijuana and even eating pork.

The punishment for the average Saudi for drinking a beer, although not all Saudis are punished this way, just the ones they make an example out of to control the others.

Human Rights Watch did an in depth report on Saudi in 2012 and the numerous complaints against them. Youtube also exposes many crimes committed by Saudi, including the beatings of a servants (yes, Saudi still slaves they love to abuse).

Saudi (according to Arabian business), is the third laziest country in the world (Kuwait and UAE also named). Saudis feel entitled like no other country in the world. If they want it they buy it, or simply take it. This means no one is safe from a Saudi attack, and news around the world proves this…

Not only do many Saudi men have sex regularly with other men, they have sex with young children, some very young.

Rape of a child seems to be practiced by many, and even “enjoyed” by the royals during gay parties in the palace. 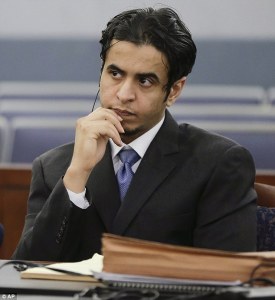 USA Today reported on the rape in the US by Mazen Alotaibi. A Saudi air force sergeant who brutally raped a 13 year old boy at a casino in the United States, Las Vegas. The boy claimed the Saudi smelled of marijuana and had offered the boy some marijuana to get him into the room where there were other Saudis in there smoking the illegal drug. This Saudi got 35 years to life in prison. The Saudi claimed, “My penis ‘accidentally’ slipped into the boys rectum.”

Emirates24/7 reported the “religious police” saw a 37 year old Saudi man sodomizing a 16 year old boy in the back seat of a car. He was later arrested.

Fayhan al-Ghamdi murdered his 5 year old daughter Lama, who suffered multiple injuries including a crushed skull, broken back, broken ribs, a broken left arm and extensive bruising and burns. Social workers say she had also been repeatedly raped and burnt.

Fayhan al-Ghamdi (a Wahhabi cleric), admitted using a cane and cables to inflict the injuries after doubting his five-year-old daughter’s virginity and taking her to a doctor, according to the campaign group Women to Drive.

9 Jun 2013 Riyadh – Police in Jeddah, Saudi Arabia has confirmed the news that a girl had been raped and murdered by a Saudi prince Khalid bin Sa’ad bin Abdul Aziz al-Saud .

Prince Alaweed allegedly drugged and raped a 20-year-old model aboard a luxury yacht in the Mediterranean in August 2008, according to the New York Times, but the case was quietly dropped last summer for what a judge on the resort island of Ibiza deemed a lack of evidence. But now a provincial court has ordered the judge to reopen the investigation and summon the prince to court. 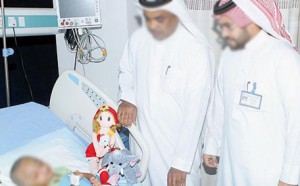 Several men abducted a three-year-old Saudi girl and took turns in raping her before dumping the child near a hospital in a serious condition.

Doctors at the hospital in the Western Red Sea port of Jeddah said the child was found crying and in serious condition in front of the hospital on Ramadan 13, adding that she is still in the intensive care unit struggling for her life.

“She has been raped violently by some men. She was found crying of excruciating pain as her body was full of bruises and her sensitive parts were ruptured,” hospital manager Mohammed Ali said, quoted by the Saudi Arabic language daily Okaz.

The Washington Post reported AL-AWWAMIYA, Saudi Arabia — When the teenager went to the police a few months ago to report she was gang-raped by seven men, she never imagined the judge would punish her  and that she would be sentenced to more lashes than one of her alleged rapists received.

The story of the Girl of Qatif, as the alleged rape victim has been called by the media here, has triggered a rare debate about Saudi Arabia’s legal system, in which judges have wide discretion in punishing a criminal, rules of evidence are shaky and sometimes no defense lawyers are present.

The DailyMail reported relative of Saudi Arabian royalty caught trying to flee to Mexico while on $100,000 BAIL after being charged with rape in Utah

A Saudi Arabian man has been arrested at the Mexican border after attempting to flee the country to avoid facing rape charges in Utah.

Monsour Alshammari, 27, is in the U.S. on a Saudi government student sponsorship and has ties to the country’s royal family, according to court documents. 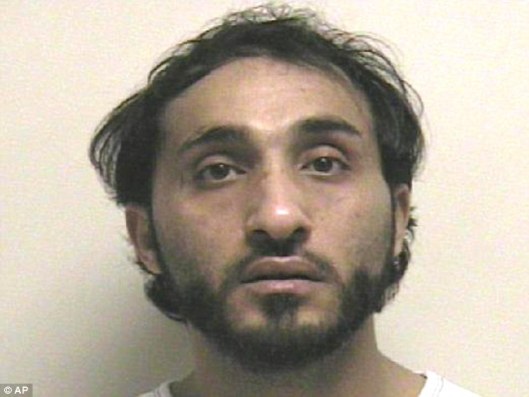 The lawyer of a Saudi school teacher accused of raping 13 underage girls has called for dropping 11 out of 13 charges against his client and asked for the case to be heard quickly.

“My client is innocent of all the serious charges against him,” Wael Jawharji told a press conference in Jeddah, the Saudi capital on Monday.

The brother of the suspect claimed at the press conference that one of the investigators asked him to sign a report stating that his brother was psychologically sick or under a magical spell to secure his release.

The world is waiting, although not holding their breath, on the Arab nightmare to hit Saudi.

If ANY country in the world needs change, its Saudi Arabia…

The most hypocritical backwards twisted country known to man that regularly practices every sin known to the human world!

7 thoughts on “We will show you how the al-Saud family has created a land of hypocrites Wahhabis perverts, rapists, pedophiles and sadistic psychopathic murderers”