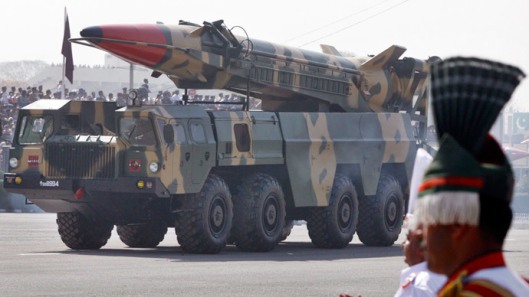 Saudi regime, which bankrolled the Pakistani nukes, is now expecting Islamabad to provide such kind of missiles

At the prospect of the international community’s nuclear deal with Iran, Saudi Arabia has reportedly taken a decision to call in an old favor from Pakistan and get some of its nuclear weapons.

Saudi Arabia is widely believed to have bankrolled the Pakistani nuclear weapons program. In exchange, Riyadh reportedly expects Islamabad to provide missiles in times of trouble to defend the kingdom.

“For the Saudis the moment has come,” a former American defense official told the newspaper. “There has been a longstanding agreement in place with the Pakistanis, and the House of Saud has now made the strategic decision to move forward.”

According to the report, no actual transfer of weapons has taken place yet, but “the Saudis mean what they say and they will do what they say,” the source reportedly said. 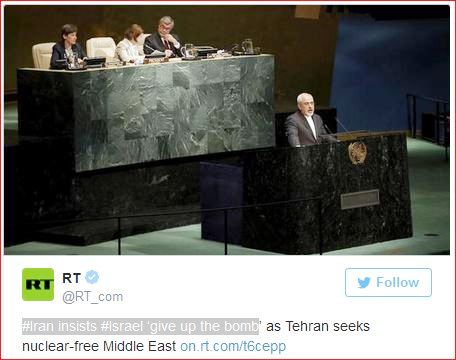 Amos Yadlin, a former head of Israeli Military Intelligence: “Saudis will not wait… […] …they already paid for the bomb, they will go to Pakistan and bring what they need to bring”

The report comes a month ahead of a meeting between Tehran and the P5+1 group to finalize a deal, which would lift sanctions from Iran in exchange for making its nuclear program more transparent and restricted. Key US allies in the Middle East, Israel and Saudi Arabia, are objecting to the deal, saying it would ultimately allow Iran to acquire nuclear weapons.

The program cited Amos Yadlin, a former head of Israeli military intelligence, telling a conference in Sweden that if Iran got the bomb, “the Saudis will not wait one month. They already paid for the bomb, they will go to Pakistan and bring what they need to bring.”

The speculation came just as nuclear talks between Iran and the P5+1 were showing progress in Geneva.

Some experts, however, doubted that the supposed nuclear arming by Saudi Arabia was as simple as calling in the debt.

“I doubt that Pakistan is ready to send nuclear weapons to Saudi Arabia,” Mark Fitzpatrick, a non-proliferation expert with the International Institute for Strategic Studies, told the Guardian at the time.

The potential of a nuclear arms race in the Middle East triggered by the Iran deal is one of the argument critics use to denigrate the talks. At the moment there are several countries in the region known or believed to have nuclear weapons.

Pakistan has a stockpile of 80 to 120 warheads designed to counterbalance India’s arsenal, while Turkey hosts NATO nuclear weapons. Israel is said to have a stockpile, although it has never officially confirmed this.

Several other nations have civilian nuclear programs, including Iran, Egypt and UAE. 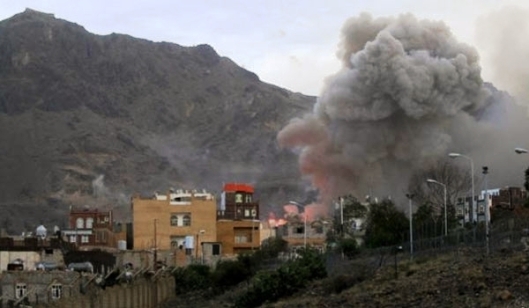 Saudi fighter jets bombed the Yemeni capital of Sana’a on Sunday in violation of the 5-day ceasefire.

The Saudi-led air strikes targeted the capital on Sunday. Sounds of explosions were heard across Northern Sana’a.

Saudi Arabia launched its bombing campaign against Yemen on March 26 in an attempt to restore power to fugitive President Mansour Hadi, a staunch ally of Riyadh.

Hadi stepped down in January and refused to reconsider the decision despite calls by Ansarullah revolutionaries of the Houthi movement.

Despite Riyadh’s claims that it is bombing the positions of the Ansarullah fighters, Saudi warplanes are flattening residential areas and civilian infrastructures.

The Monarchy’s attacks have so far claimed the lives of at least 3,812 civilians, mostly women and children, according to FNA’s independent tally.

On April 21 and May 12, Saudi Arabia declared end to Yemen airstrikes after weeks of bombings, but airstrikes are still underway.

The five-day truce was proposed by Saudi Foreign Minister Adel al-Jubeir last week. Yemen’s Ansarullah movement has announced its cooperation in any actions that will stop suffering in the country.

1 thought on “Saudi regime, which bankrolled the Pakistani nukes, is now expecting Islamabad to provide such kind of missiles, while Riyadh is bombing Yemen despite the truce”