Ukraine’s parliament on Thursday backed a decree allowing the country to rescind its commitments outlined in the Convention for the Protection of Human Rights and Fundamental Freedoms, the International Covenant on Civil and Political Rights and the European Social Charter. The decree was passed at second reading by 249 votes in the Verkhovna Rada, 23 more than the minimum required. Thus, now Kiev government forces and pro-Kiev militants won’t violate Ukrainian law when they torture civilians and prisoners of war. Though, when is it stopped them?

Kiev’s decision to renege on its international commitments by refusing to guarantee protection of human rights in the zone of military operations in the east indicates “a criminal character” of the state, the top foreign policy parliamentarian in Russia’s State Duma assembly said on Thursday, adding that Ukraine therefore undermined its positions in Europe’s political bodies. “When a country weasels out of its obligations, this is simply an indication of a criminal character of this state,” Alexey Pushkov, head of the International Affairs Committee at the Russian parliament’s lower chamber, said in an interview with Vesti FM radio station.

The term “annexation of Crimea” will remain in the declaration of the EU Eastern Partnership summit in Riga, but a special position of Armenia and Belarus will be mentioned in it, a source in the Western delegation told TASS on Thursday. “The situation looks as follows now: the wording will remain, but a reference will be introduced to the position of countries that disagree with it during voting in the UN,” the source said. The summit’s participants in clause 4 of the document urge all sides to observe the Minsk agreements, express full support to the OSCE Special Monitoring Mission in Ukraine and the Contact Group, and pledge to keep backing all diplomatic efforts of the Normandy format (Russia, France, Germany, Ukraine).

The Ukrainian forces have shelled the territory of the Donetsk People’s Republic 33 times over the last 24 hours, DPR defense ministry said on Wednesday. According to the DPR defense ministry, the Kiev forces shelled Donetsk (Kievsky district and the airport), Gorlovka, Zhabichevo, Nizhnee Lozovoye, Shirokino, Kalinovka, Ozeryanovka and Belaya Kamenka. 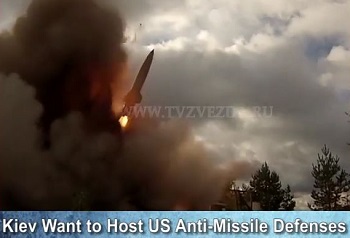 The Donetsk People’s Republic has returned to Kiev 550 prisoners since the commission on prisoners of war was launched in August 2014, Liliya Rodionova from the commission told the Donetsk news agency on Wednesday. “The Ukrainian side, for its part, has returned to us 564 prisoners, less than 200 of them being militias,” she said. She also said those returned to Kiev had been seized in combat, while most of those released and returned to the republic were civilians. The “all for all” prisoner swap is one of the key points in the Package of Measures on implementation of the September 2014 Minsk agreements, signed in Minsk on February 12.

A protest against the construction of a new shopping mall in Kiev turned into a violent confrontation when a melee broke out among two camps of protesters and police. Fifteen police officers were reported injured in the incident. Activist campaigning against construction of a new mall, ‘Le Boulevard,’ near Kiev’s “Osokorky” metro station tried to demolish a fence surrounding the construction site late on Tuesday, succeeding in inflicting much damage to the property. They were confronted by an unknown group of men wearing camouflage and masked in balaclavas. Local media outlets branded these as ‘titushki’ – Ukrainian slang for hired thugs. However, for independent observers ‘titushki’ look similar to ‘democratic activists of Euromaidan’. Thus, one pro-maidan group clashed with another pro-maidan group in order to defend economic interests of their owners.

Russia will take retaliatory measures to protect itself if Ukraine decides to station US anti-missile defense systems in its territory. “In case there are missile defense systems stationed in Ukraine, Russia will have to take retaliatory measures to ensure its own safety,” Kremlin spokesman Dmitry Peskov said Wednesday. He was commenting on a recent statement by Secretary of the National Security and Defence Council of Ukraine Aleksandr Turchinov, which claimed that Ukraine want to station components of an anti-missile defense system in Ukraine. The statement also calls for additional international sanctions against Russia, including blocking the Bosphorus strait from Russian navy vessels and shutting Russia off from the international SWIFT financial transfer system.

Comrade and Hero of Novorossiya 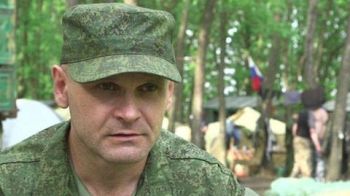 You will always remain in our hearts.