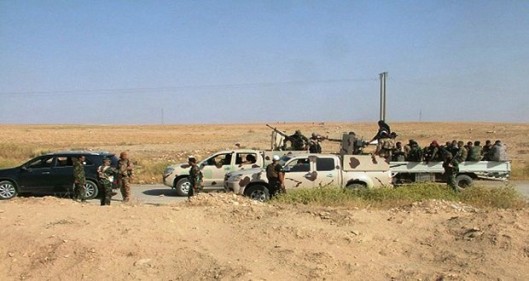 An army unit destroyed hideouts and vehicles for terrorists from the “Islam Brigade” terrorist organization in Erbin town in Damascus Countryside, killing a number of terrorists.

In Douma, the army destroyed a concentration of terrorists near Badran roundabout. Amer Khalil Haround and Abdelmajid Saeed Khabiye were identified among the dead terrorists.

An army unit clashed with a terrorist group in Aaliya farms near Douma’s northern outskirts, killing a number of terrorists including Fadi Ezzeddin.

In the southern outskirts of Eastern Ghouta area, an army unit pursued members of a terrorist group in the farms of al-Qasimiye village, leaving the terrorists dead or injured and destroying their weapons and ammo.

In al-Zabadani, an army unit targeted terrorist hideouts, destroying an armored vehicle and killing a number of terrorists including Osama al-Muwayel.

Another army unit eliminated a terrorist group in the town of Hasno south of Sa’sa.

An army unit targeted gatherings of the Islamic State in Iraq and Syria (ISIS) in al-Dawoudiyeh village in the southeastern countryside of Hasaka, northeastern Syria.

SANA reporter quoted a source in the province as saying that the operations left dozens of ISIS terrorists killed and their vehicles, some of which equipped with heavy machine guns, destroyed.

Earlier, the source said an army unit destroyed two trucks packed with massive amounts of explosives near the village before a number of ISIS terrorists infiltrated it.

More ISIS terrorists were killed and a number of their vehicles, with machine guns mounted on some of them, were destroyed in army operations that targeted their dens and gatherings in the villages of Makhzoum, Souda and Abd in the southwestern countryside of Hasaka.

Army operations also targeted ISIS terrorists’ hideouts in the villages of al-Khamael and al-Maylabiye 15km south of Hasaka, resulting in the death and injury of many terrorists and the destruction of their vehicles, weapons, and ammo.

The army inflicted heavy losses on ISIS terrorists in the village of Nahab in the province’s southeastern countryside, while many ISIS terrorists were killed and injured following a series of precise strikes by the army against their positions in al-Areisha village 30km south of Hasaka city.

At dawn today, the soldiers at Abyad checkpoint, 10 km to the south-west of Hasaka destroyed 3 ISIS truck bombs before reaching the checkpoint.

An army unit, in cooperation with popular defense groups, eliminated a number of ISIS terrorists and destroyed their weapons and ammo in a series of concentrated strikes against their concentrations in al-Jafra village in the province’s eastern countryside.

Terrorists got killed and others injured during army operations against their gatherings in the villages of Ajraf and Mashara in Quneitra in the countryside of the southern province of Quneitra.

An army unit killed and injured a number of Jabhat al-Nusra terrorists in the villages of Abu Shabtah and Rasm al-Khawaled.

Another army unit carried out an operation against terrorists’ position in Mumtaneh town which resulted in destroying two vehicles belonging to the terrorists.

Military operations in the neighboring Daraa province resulted in the destruction of weapons and ammo caches and the death of terrorists in the towns and villages of Saida, al-Nueimeh, Kafr Shams, Sheikh Miskin and Basr al-Harir.

An army unit killed a number of terrorists and injured others in northern al-Bitar farm near Atman town. Dozens of terrorists from Jabhat al-Nusra and the so-called “Al-Muthanna Islamic Movement” were killed and their vehicles were destroyed in two separate areas in Daraa al-Balad neighborhood in the city of Daraa.

In another area in the city, an army unit targeted terrorists’ movements, destroying one of their vehicles equipped with a heavy machine gun with terrorists on board.

Several hideouts of terrorists were targeted and destroyed in al-Ghariyeh al-Gharbiyeh near the border with Jordan and in al-Mseifreh to the north-east of Daraa.

The source added that a number of vehicles, some of which were equipped with heavy machine guns, were destroyed in al- Hrak in the northeastern countryside of Daraa.

Another army unit destroyed a hideout along with terrorists inside it in Tal Hamad hill south of Kafr Nassej town.

Meanwhile, terrorist organizations admitted on their social media pages that around 34 of their members were killed in various areas across Daraa province.

An army unit eliminated a number of terrorists and injured others east of Bouthaina hill in Sweida countryside. 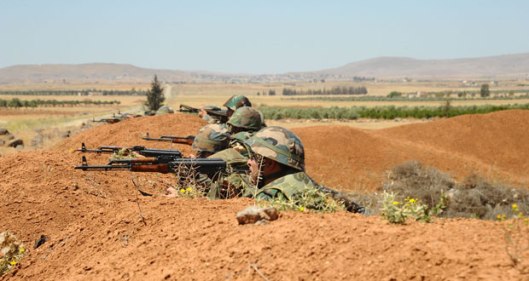 29 May 2015 ~ Increasing numbers of terrorists are being killed as the army units continue to target their positions and hideouts in various areas, using airstrikes and artillery fire.

A number of terrorists were killed or injured in airstrikes by the Army’s Air Force near Abu al-Duhour and in Khreijan and Iblin in Idleb countryside.

Army units carried out strikes on several dens and groups of Jabhat al-Nusra terrorists and others from the so-called “Al-Muthanna Movement” in al-Abbasiyeen and al-Hammadin in Daraa al-Balad neighborhood in Daraa city, southern Syria.

A military source confirmed in a statement to SANA that a number of the terrorists were killed in the strikes and their arms and ammunition were destroyed.

Later, an army unit destroyed a convoy of terrorists’ vehicles in al-Abbasiyeen, leaving all those on board dead or wounded.

Several terrorists’ vehicles with heavy machine guns mounted on them were destroyed in al-Masbah area on the road linking Daraa with Tafas and al-Neimeh town.

Also in southern Syria, army units clashed with terrorists of the Islamic State in Iraq and Syria (ISIS) to the east of in Bouthaina hill in al-Badia (desert) in the countryside of Sweida province.

The clashes resulted in killing and injuring a number of the terrorists, while tens of others withdrew towards central al-Badia.

A number of the terrorists’ vehicles, some of which equipped with machine guns, were destroyed during the confrontation.

An army unit eliminated a number of terrorists and injured others east of Bouthaina hill in Sweida countryside. 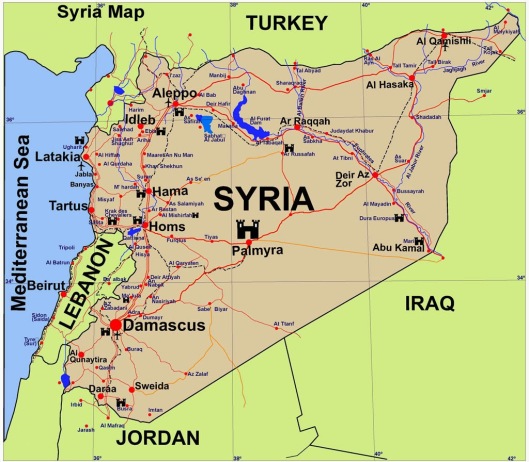