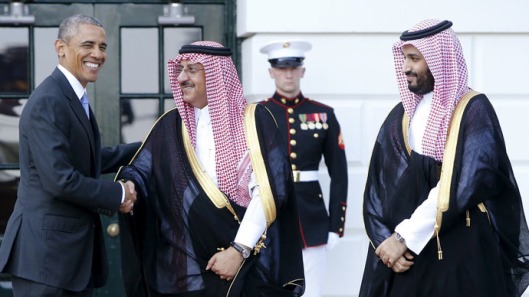 Saudi Arabia has been heavily investing in the US government, so it is unlikely that the latest WikiLeaks revelations will seriously damage the relationship between the two key allies, Director of the Institute for Gulf Affairs Ali Al-Ahmed told RT.

The recent WikiLeaks release of around 70,000 hacked “Saudi Cable” documents, including diplomatic communiques and top secret intelligence reports, provide rare insight into the kingdom’s interior and foreign policies, its attempts to control how it is presented in both the Arabic and Western media, as well as its relationship with Israel. Some of the revelations could prove highly embarrassing, especially for its key ally, the United States.

However, Al-Ahmed, a Saudi scholar, dissident and head of a Washington, DC-based institute expects little political fallout from the leak for the Saudi regime. A real concern the Saudi monarchy could face is an alternative political model in the region, he believes.

RT: Are you surprised about the scope of control Saudi Arabia exerted over regional media – as reported in this WikiLeaks cable?

Ali Al-Ahmed: Well, I’m not surprised, but it shows and it proves again that the Saudi government has built an empire, a media empire across the world, and it has attempted and worked for years to control the narratives, the media narratives, of not only Arabic media, but also international media, like Reuters for example. We know that they have forced Reuters not to cover certain stories and even influenced American mainstream media to cover or not to cover certain stories, so this really just proved what we knew all along.

RT: How do you think those leaks would affect Saudi Arabia’s diplomatic relations with its Western allies who say they stand for freedom of expression?

AA: It is true that the United States in 60 years has never criticized Saudi Arabia for violating human rights of any kind, or committing international crimes and supporting terrorism, even if it was against American army. And that is because the Saudi government has been investing a lot of money into Washington and the United States’ political class in general for many years. And that’s why it’s been shielded from criticism by the American government, not only by this administration, but many other administrations before.

RT: Along with Israel, Saudi Arabia has been one of the United States’ biggest allies in the region. Do you think these recent revelations could damage this close relationship?

AA: Yes, it is still its number one ally, you know, I think competing with the Israelis…Saudi Arabia and Israel compete for first place in terms of American allies in the Middle East, and I think in many ways Saudi Arabia has been able to avoid criticism even more so than Israel has been, for example, in several cases. So I think the relationship will not be damaged at the foreseeable future. It may, but I don’t think it’s going to be damaged completely.

RT: Do you think this will just go over quietly – or could it shake up the region, especially Iran, given the reports of how it was undermined by Saudi Arabia in the eyes of the international community?

AA: I think that the Iranians knew this for a while and WikiLeaks before have revealed such documents. So I don’t think it’s going to change even the relationship in the region. Maybe the Iraqis, the Iraqi government, which has been, you know, ignoring Saudi interference in Iraq, may take another position. Otherwise, I don’t think this will change a lot. It is revealing. I think it depends on the political will of these countries – the Iranians, the Iraqis, the Americans – if they can translate these leaks to real policy change, and I don’t think there is right now a political will to do so.

Read more​: The criminalization of democracy in a Saudi vassal state

RT: Saudi Arabia’s response was basically to warn its people against accessing this “potentially untrue and harmful information.” Are they likely to continue the practices that are mentioned in the WikiLeaks files?

AA: I think so. I think the Saudis will continue to do their policy that they have been doing for 60 years, interfering very quietly in other people’s affairs, and undermining the growth of democracy and people’s government across the region, and trying to control the narratives of the media in the region and across the globe.

RT: Another interesting revelation is that many Saudi students have apparently visited the Israeli embassy and received briefings there. What could that tell us about the relations between these two nations?

AA: Well, Saudi Arabia and Israel really have had a long relationship, you know, this relationship is not in the form of embassies, but in terms of cooperating, in terms of coordinating policies. And Saudi Arabia does not hide the fact that it has no problem with having, making, or creating a relationship with Israel. I think the onus here is on the Israelis and the Americans, who have been not taking this seriously. I think if the United States pushes the Saudis to open an embassy with Israel, they would do it very easily because I don’t think there is an indigenous opposition to, or government opposition to a Saudi-Israeli relationship.

RT: What do you think is the Saudi government’s biggest concern, now that these documents have been made public?

AA: Well, the Saudis have one thing that they fear most – the growth or the building of a model that is competing with them. If there was an elected Arab Sunni president in Egypt that is religious, like Mohamed Morsi was, this model will compete with the Saudi model of monarchy. And if that happens, if it is successful, the people in Saudi Arabia will want to have a similar model, of Egypt, where anybody can be the president. And that’s really the most dangerous challenge to this Saudi monarchy, when you provide a model that is acceptable. It’s not necessarily successful, but it is acceptable and functioning.