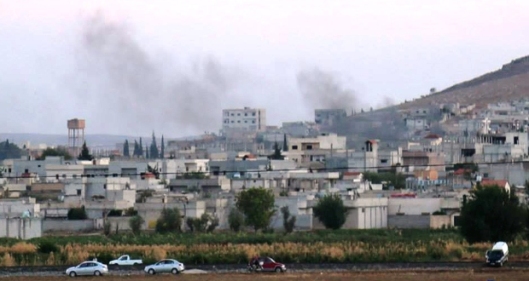 Units of the popular defense forces defending the city of Ain al-Arab (Kobane), in Aleppo Countryside, pushed back the terrorists of Daesh (ISIS, the so called Islamic State in Iraq and Syria) who infiltrated the city two days ago coming from the border with Turkey.

Local sources said Saturday the defense units have re-established control over the sites into which ISIS terrorists had infiltrated.

The units, the sources explained, blew up al-Banin (Boys) Secondary School in the city, ISIS last site, amid fierce clashes, and have combed the city looking for fleeing and hiding terrorists.

ISIS terrorists carried out several terrorist explosions at the entrance of Ain al-Arab and killed at least 120 civilians when they infiltrated the city last Thursday.

Last January, the popular protection units managed to drive ISIS terrorists out of Ain al-Arab city following five months of non-stop confrontations and fierce battles during which hundreds of ISIS members were killed and scores of their vehicles were destroyed. 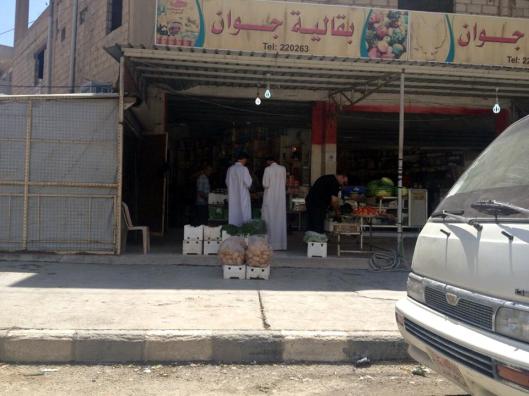 Hasaka’s authorities deny media reports, town and surrounding are not under terrorist occupation

Speaking by phone with the Syrian TV, al-Ali said the situation in Hasaka city is stable, adding that the Syrian army has begun a combing operation in the neighborhoods that terrorists sneaked to according to a well-thought-out plan.

He indicated that army units are working to bridge any gaps that terrorists could use to sneak into the city and cut off the terrorists’ supply lines as the army air force continues to pound terrorists’ concentrations and vehicles.

The governor called on the locals who fled their homes to return, urging the medical staff in the city to stick to their duties as their role is badly needed at the moment.

He urged the draft-dodgers to join the military recruitment centers to defend their city.

Speaking in a statement to SANA, al-Tahan confirmed that the neighborhoods in Hasaka city are safe, including Ghweiran, al-Aziziyeh and al-Salehiyeh.

The Police Department chief made it clear that members and departments of all security forces, and the Central Prison garrison are all on duty confronting ISIS terrorists. 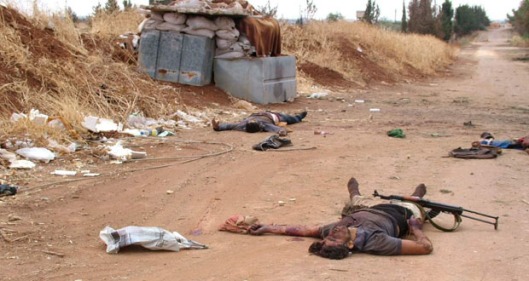 Units of the army and armed forces carried out Saturday special operations against terrorist organizations’ positions and dens in many areas across the country, inflicting heavy losses upon them in personnel and equipment.

The army destroyed an armored vehicle and a rocket launching-pad for Takfiri terrorist organizations in al-Naema in Daraa countryside, a military source told SANA.

The source added that an army unit also destroyed a vehicle, leaving all the terrorists inside dead while targeting a hideout in the western side of al-Bajabja neighborhood in Daraa al-Balad.

The army also destroyed dens for Jabhat al-Nusra terrorists and killed large numbers of them, among them leaders, in Naseeb in Daraa countryside.

It killed 7 terrorists from Jabhat al-Nusra and destroyed 3 vehicles equipped with machine guns in al-Yadouda town in Daraa countryside.

Meanwhile, units of the army foiled attempts by terrorists to attack many military posts in Daraa and its countryside, killing large numbers of them and destroying their weapons.

Army units also destroyed a vehicle, leaving all the terrorists onboard dead on Alma road and inflict heavy losses upon them in al-Neima town, al-Naziheen Camp and Sawame’ al-Hoboub in the countryside of Daraa.

Later, a military source told SANA that army units supported by the Air Force destroyed two hideouts used by leaders of terrorist organizations, killing and injuring dozens of terrorists and destroying a large number of their vehicles in Daraa city, Ghuraz prison, the town of al-Nai’meh, and Tal Shihab. 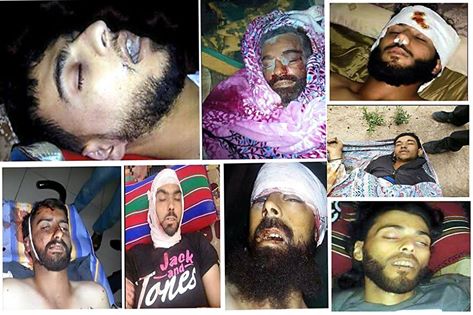 Some of the terrorists neutralized in Daraa

An army unit carried out a precision strike which resulted in eliminating a number of terrorists and destroying two of their vehicles near al-Jarra roundabout in Douma city, Damascus Countryside.

SANA’s field correspondent said that Mohammad al-Najjar, Nazir Awad, Yaman al-Skeif, and Hassan Hamadeh were identified among the terrorists killed in this operation, adding that four other terrorists were killed while they were digging a tunnel in Aaliya farms at the northern outskirts of Douma.

The army also carried out a strike targeting a terrorist hideout in the town of Ein Tarma, killing many terrorists from Jabhat al-Nusra, including Mahmoud Qattan, Saher Khattab, Nidal Dabbour, Yaqzan al-Ghabra, and Salim al-Kurdi.

In Zamalka, the army carried out a precision operation targeting terrorist hideouts, resulting in destroying several vehicles, one of which was equipped with a heavy machinegun, in addition to killing a number of terrorists from the Islam Army group including Saadoun al-Dori from Iraq, Firas Shbaili, Ziyad Nahlawi, Abdelnasser Hallaq, Hani Qeshta, Bilal al-Mfashi, and Ziyad Abdelkarim.

After monitoring the movements of Islam Army terrorists between Erbin and Misraba south of Douma, the army carried out operations which resulted in killing many terrorists including Mahmoud al-Hendi, Walid al-Naqeshbandi, Bassam al-Kahhal, and Taisir Arab, destroying the terrorists’ weapons and ammo in the process.

Another army unit targeted terrorists’ hideouts in al-Zabadani in the western countryside, killing many terrorists including Hamza al-Kuwaifi and Mahmoud al-Tinawi.

In the northern barrens of al-Qalamoun near the Lebanese borders, three vehicles along with the terrorists inside them were destroyed near al-Zamrani crossing point in al-Jarajid barrens. Wael al-Abd and Mohammad Hassan al-Darra were identified among the dead terrorists.

More terrorists were killed and their vehicles were destroyed in air strikes targeting their hideouts in the Ersal barrens in al-Qalamoun area.

Another army unit carried out concentrated operations against dens of Jabhat al-Nusra terrorists in Khan al-Sheih farms, killing many terrorists, injuring others, and destroying their weapons and ammo.

In central Syria, the army air force destroyed several terrorists’ hideouts, killing and injuring large numbers of them and destroying a number of their vehicles, in al-Qastal, Hammadi Omar, al-Hadaj, Um Edoul and Eidoun in the countryside of Hama province.

The army foiled an attempt by terrorists to infiltrate from Wadi al-Ameriya into Homs-Salamiya highway in Homs countryside, killing a number of terrorists.

Meanwhile, army units killed and injured members of an armed terrorist group and destroyed their weapons in Sariko street in al-Rastan city to the north of Homs city.

The army destroyed dens and vehicles for terrorists in Dir Hafer, Banan al-Hiss, Khan Touman and killed terrorists from the Islamic State in Iraq and Syria (ISIS) in the surrounding of the air force academy in Aleppo countryside.

Meanwhile, army units confronted Jabhat al-Nusra terrorists in al-Lairamoun, al-Ansari and Jub al- Qebba neighborhoods in Aleppo , where many terrorists were killed, others were injured and their vehicles were destroyed.

The army air force killed a number of terrorists in blows carried out against their hideouts in Izaz and Fafin in the countryside of Aleppo province.

Army units also targeted terrorists’ hideouts and concentrations in Binan al-Huss, Maghirat al-Shibli and Khan Touman, killing and injuring a number of terrorists and destroying their weaponry and vehicles.

An army unit targeted and destroyed terrorists’ hideouts and vehicles in the areas of Deir hafer, Tallat al-Sanobar and Kherbat al-Maasir in Aleppo countryside.

In the northern Idleb province, the Army’s Air Force killed large numbers of terrorists and destroys their vehicles in Abu al-Dohour, al-Majas, Tal Salmo and al-Rueifiyeh in the province’s countryside.

Later, a military source said that the Army’s Air Force destroyed two hideouts used by leaders of terrorist organizations, killing and injuring scores of terrorists and destroying a large number of their vehicles in Abu al-Duhour, Tal Salmo, al-Ezzo farm, and Oum Jireen in Idleb countryside.

The army air force destroyed hideouts for terrorists and killed a number of them in al-Saraya, al-Houlwa, Beit Ablaq and al-Rawda in the countryside of Lattakia coastal province. 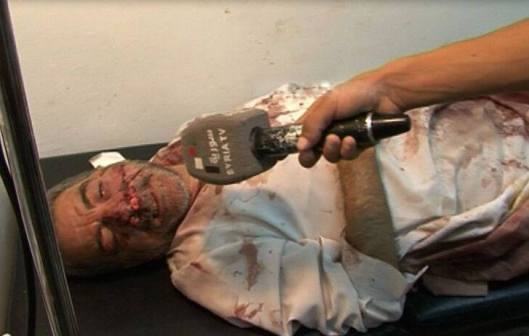 1 civilian killed, others injured in terrorist rocket attacks in Daraa

A civilian was killed and others were injured in terrorist rocket attacks on a number of residential neighborhoods in Daraa city on Saturday.

A source in the southern Daraa province told SANA that a rocket shell fired by terrorists smashed into the building of the General Establishment of Drinking Water, leaving a worker dead and causing material damage.

A number of citizens were injured, including women and children, in rocket shells that landed in a number of neighborhoods in the city, the source said. 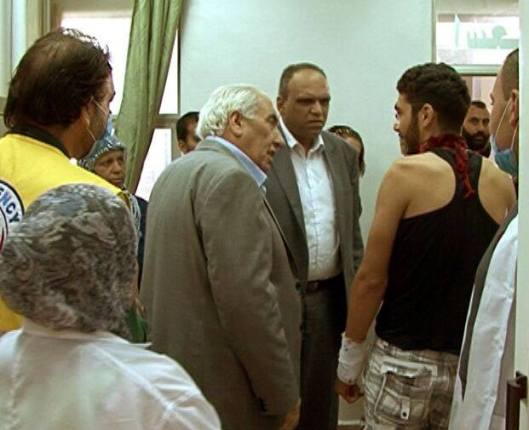 Terrorist organizations receiving Israeli and Jordanian support have been targeting Daraa city with  hundreds of rocket and mortar shells and gas-cylinder explosive devices over the past 48 hours, killing 9 civilians and injuring dozens of others.

A source at the Police Command told SANA’s correspondent that ISIS terrorists located in al-Qasr village northeast of Sweida city fired four mortar rounds at al-Huqof village, and the four shells landed in the western outskirts of the village without causing any injuries or damage.

The source said that one of the four rounds didn’t explode, and engineering units from the Syrian Arab Army dismantled it safely. 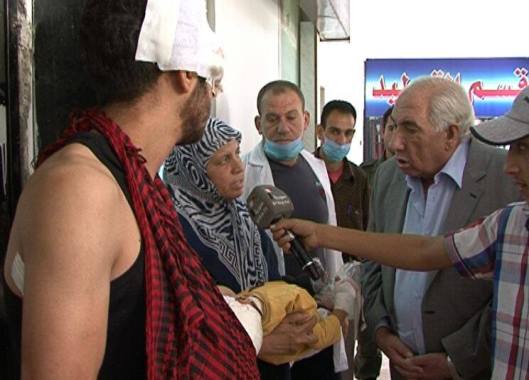