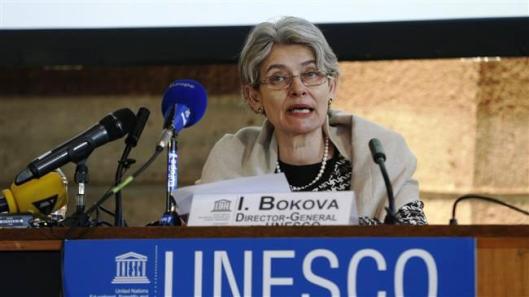 The group laid waste to St. Elian Monastery earlier in the day in central Syria. The site houses an ancient tomb and served as a major pilgrimage site in the past.

The terrorists have overrun huge swathes of territory in Syria and Iraq. They have been engaged in crimes against humanity as well as destruction of mosques, churches, and archeological sites in the areas under their control.

Sending ripples of shock throughout the world earlier in the week, the group decapitated Khaled al-Asaad, an 81-year-old antiquities scholar, who had dedicated his life to overseeing the ruins of the ancient city of Palmyra, also located in central Syria.

Daesh forces occupied Palmyra on May 21, promptly raising fears that the terrorists would once more destroy historic world heritage sites and artifacts there, like what they did months ago in the city of Mosul, Iraq.

Bokova said “the intentional targeting and systematic destruction of the cultural heritage of Syria is reaching unprecedented levels” and that the militants’ campaign “testifies of an ideology of hatred and exclusion.”