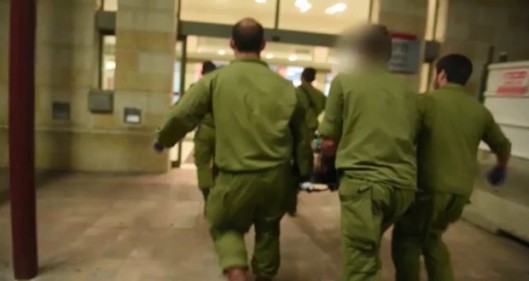 Israel Radio mentioned on Friday morning that a man in his 20s critically injured in Syria was transported by a helicopter belonging to the Israeli air force to Ziv Hospital in Safed to receive treatment.

Five other injured terrorists were carried on board an Israeli helicopter and taken to Rambam Hospital in Haifa, according to Israeli websites.

This was a step forward in the way used by the Israeli enemy to transfer injured terrorists to its hospitals, which followed the interception by the people of the occupied Syrian Golan of one of its cars carrying wounded terrorists.

The incident took place last June when a number of Golanese people blocked an Israeli car transporting two Jabhat al-Nusra terrorists on the road linking Al-Sheikh Mountain and Majdal Shams village in the Golan, occupied by Israel since 1967.

The two terrorists on board the car ended up dead.

An Israeli random arrest campaign in Majdal Shams followed the incident, and there has been since then blackout in the Israeli media on the means of transporting injured terrorists.

The fact that the Israeli media now come clean on transporting the wounded by using helicopters reveals the scale of the continuous support provided by Israel to the terrorist organizations. 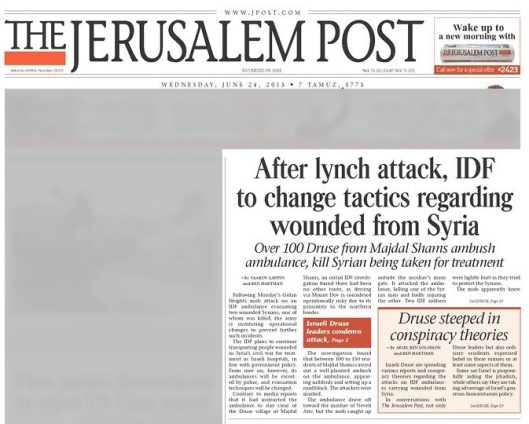 Excerpt from:  After lynch attack, IDF to change tactics regarding wounded from Syria  (*)

The IDF plans to continue transporting people wounded in Syria’s civil war for treatment in Israeli hospitals, in line with government policy.

From now on, however, its [military] ambulances will be escorted by police, and evacuation techniques [from Syrian territory] will be changed.

(*)  title of the print edition