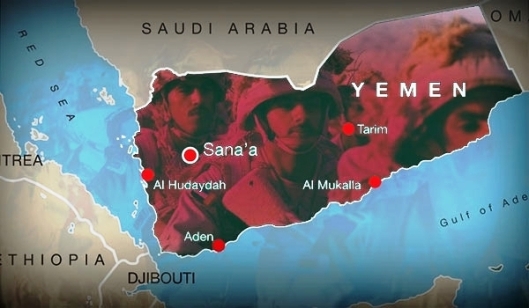 (FNA) ~ A large number of Emirati people held rallies across the UAE on Tuesday to shout protest against the country’s military operation in Yemen, urging Abu Dhabi to bring the military forces back home after they sustained tens of casualties in a Friday attack in Maarib.

The Emirati protesters called on the UAE government to bring back home the troops before it becomes too late.

The UAE protests, which faced severe censorship in Abu Dhabi and western media outlets, condemned the UAE’s aggression against the Yemeni civilians, mostly children and women.

They called on Abu Dhabi to take immediate action to pave the way for the return of the UAE soldiers after the country’s army lost more than 65 soldiers in the Yemeni forces’ attack on Al-Safer military base in Maarib.

On Monday, security sources revealed that the Yemeni forces had killed a sum of 300 foreign troops in their Friday attack on al-Safer military base in Eastern Yemen.

The death toll of the UAE, Saudi and Bahraini officers and soldiers killed in Friday’s arms depot blast at a military base in al-Safer in Ma’arib province stood at 300, Yemeni security sources said.

The revolutionary forces in Yemen said they fired a rocket at a weapons cache in a camp used by “the Saudi-led aggressors” in Ma’arib area.

The sources noted that large death toll among the foreign troops was the result of the ballistic missiles blast caused by the Yemeni missile attack.

The Saudi-led coalition troops has admitted losing some 85 troops in the attack.