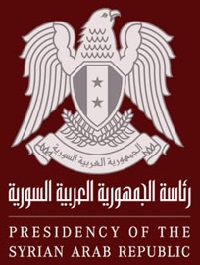 A statement issued by the Presidency said that after the Russian Federation Council ratified a bill allowing President Putin to deploy Russian air forces abroad, questions were directed to the Presidency about the formula regulating the presence of Russian air forces in Syria, and the statement asserted that relations between states are governed by international accords, laws, and agreements signed between states for realizing their peoples’ interests and guaranteeing the safety and integrity of their lands.

The statement said that based on that, the sending of Russia air forces to Syria was carried out upon the request of the Syrian state via a message sent by President al-Assad and President Putin which included an invitation to send Russian air forces within the framework of President Putin’s initiative to combat terrorism.

Our network (Syrianfreepress.net, WarPress.info, TG24Siria, HoyLandFree.org) and all related and associated pages on social networks, youtube, twitter, facebook…, are fighting against the media-terrorist-supporters and their fakes on Libya and Syria from 2011…and about Palestine from 2005…