Abd al-Muhsen bin Walid bin Abd al-Aziz Al Saud was detained on Monday at the Rafik Hariri International Airport in the Lebanese capital, Beirut, while in possession of 24 bags and eight suitcases full of narcotics. 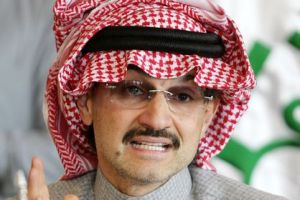 The Saudi prince was arrested along with four other individuals.

They were charged with attempting to smuggle around two tons of Captagon pills on their private jet to Saudi Arabia.

Police had launched an investigation into the smuggling case.

Captagon pills had “the typical effects of a stimulant” and produce “a kind of euphoria – you’re talkative, you don’t sleep, you don’t eat, you’re energetic,” according to Lebanese psychiatrist Ramzi Haddad.

The drugs are reportedly the Takfiri “ISIL” militants’ favorite narcotics.

(PressTV) ~ Former Lebanese prime minister Saad Hariri is seeking to issue a diplomatic passport for a Saudi prince arrested with two tonnes of amphetamines in Beirut, a report says.

According to the report, Seniore together with Lebanon’s Ministry of Interior are trying to issue a diplomatic passport for the Saudi Prince to free him from the charges and instead accuse one of his companions of drug trafficking.

The diplomatic passport will provide the Saudi prince with diplomatic immunity, through which he will be given a safe passage and considered not susceptible to lawsuit or prosecution under Lebanon’s laws.

Sitting in the lobby of a run-down, less than one star dock-side hotel, opposite the Mediterranean and used for sleeping by various militia, this observer and his companion spoke leisurely with the other early morning with one of the sons of PFLI President, Ali Kyali and a companion who, when not fighting jihadists in “Have AK-47, Will Travel” mode are among his father’s bodyguards. I have for a while been interested in Western government claims that it was supplying “humanitarian non-lethal aid” to rebel groups including “night goggles, telecommunication equipment, and GPS devices.” This observer views all this equipment as misnamed and that it indeed constitutes lethal aid inasmuch as the equipment facilitates one side killing the other via night snipers and facilitating troop movements.

I was a bit surprised to learn what PFLI fighters thought of this kind of equipment being given to their adversaries and labeled ‘humanitarian aid.’ Ali’s son told me: ‘Not having night goggles, except for some we take off the enemy is not much of a problem for us because we can sense where al Nursa fighters are and they tend not to fight at night.” I ask why, thinking maybe is had something to do with a religious edict of some sort. But once more I was mistaken. “Ali” explained, “No it not that, it’s because they are too paranoid and exhausted from taking Captagon and even stronger drugs to fight at night”. According the guys I was sitting with, some with more than two years fighting experience with the PFLI, many if not most of the Gulf sponsored jihadists are given bags of pills to enhance their battle field courage. And it works to a degree.

At dawn each day, jihadists take drugs, including sometimes, large doses of Captagon and other widely available drugs among militia including but not limited to some potent drugs locally known as “Baltcon”, “Afoun”,”Zolm”, Opium, Heroin, Cocaine, Hashish. The main drug routes into the Syrian battle zones I was advised run from Pakistan, Afghanistan and Lebanon and lesser amounts form Turkey, Iraq and Jordan. Lebanon’s Bekaa valley apparently produces large amounts of Captagon pills for shipment to the Gulf and now to Syria. Jihadists high on drugs apparently feel invincible and hostile and do not fear death. Many are indeed ferocious and fearless fighters during the day, as many media sources have reported. But by nightfall, when the drug wears off the fighters become exhausted and sometimes they are found asleep on the spot they were fighting from. “Ali” explained that “Many of the “Gulfies” are in fact heavily addicted to strong heroin like drugs and they crave them and sometimes they even fight with their fellow militiamen to get their ‘fixes.’ We are told by some we capture that sometimes when one of their comrades is killed some of the fallen fighters “friends” will descend on his body, not particularly to pray over it but to rummage his pockets his drugs.

In point of fact, in 2011 alone, Lebanese authorities confiscated three amphetamine production labs, in addition to two Captagon-producing labs which they claim send hundreds of thousands of the pills to the Gulf, which forward the stimulants to their fighters in Syria. The seizure of trucks with Captagon in their chassis in Lebanon and at Beirut airport shows a growing demand for these products in the Syrian militia market. The UN recently reported that the Middle and Near East is experiencing the majority of drug busts globally.

As some media outlets have reported “AL Nusra Front and ISIS being some of the more extreme “imported jihadists” as some here call them, claim to be better fighters than Hezbollah, whose units set the fighting-skill bar fairly high these days. Some also claim that they have not really started their battle to defeat Hezbollah on its own territory but will do so when they are ready and that they have no doubt they will defeat Hezbollah. But as one PFLI fighter explained, and some of his buddies nodded agreement, only when high on drugs do Qatari/Saudi jihadist’s exhibit bravery and bravado and pose a serious threat because they ignore normal defensive fighting tactics. “We know many of these guys quite well lots of them were never even religious. They are many who are drug addicts who get high and lose their fear of dying. So they are dangerous to confront and they often use strange tactics.”