The Syrian army and the Lebanese Hezbollah resistance forces seized back the city of Jisr al-Shughour and its surrounding mountainous areas in the province of Idlib on Tuesday.

Field sources reiterated that the army and the resistance forces are now advancing towards new areas in Idlib province that are under the control of Ahrar al-Sham and Jeish al-Fath militants.

The Syrian army and the resistance forces also took control of strategic hilltops in the Mountainous area of Jisr al-Shughour.

At least 300 Takfiri terrorists were killed in Jisr al-Shughour area.

The Jisr al-Shuguour operations is another phase of the massive military operations that started in Aleppo, Northern Lattakia, and Idlib about 10 days ago.

Jisr al-Shughour is located in the Western parts of Idlib province and it is of highly strategic importance. The city links Syria’s coastal towns as well as the Idlib and Aleppo provinces. It has a population of over 150,000 people.

An informed source within the Syrian military ranks announced on Sunday that a long convoy of Jeish al-Fath militant group was targeted and destroyed by the country’s troops in the Northwestern province of Idlib.

The source said that most of the militants’ vehicles, carrying weapons and ammunition, were exploded in the army attack near Slayyia village in Khan Sheikhoun. 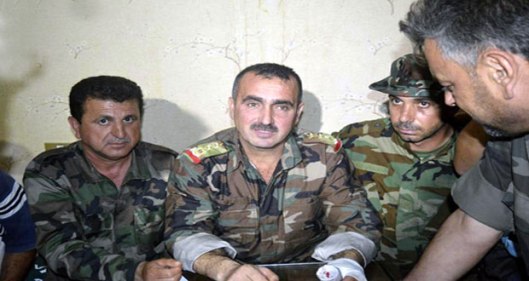