Damascus ~ The initiative to complete the longest letter of loyalty to homeland and President Bahsr al-Assad is in full swing. 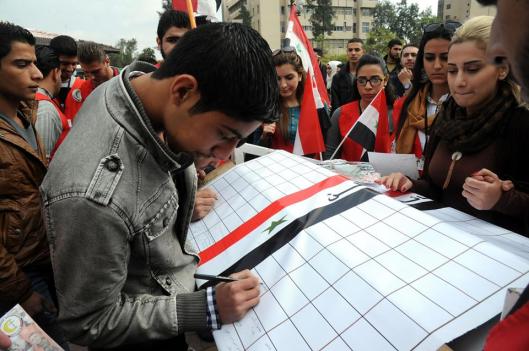 The 10 km long letter is meant to present the longest popular petition to be filed to international judicial bodies to demand lifting the unjust economic sanctions imposed on Syria.

The letter will convey a popular demand for stopping interference in Syria’s internal affairs and bringing to account all the sides and parties that are involved in the Syrian bloodshed. 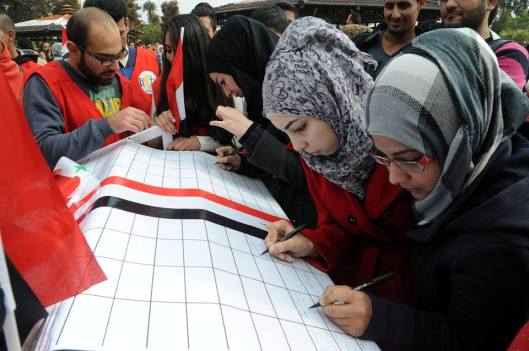 After earlier stopping at various stations in Damascus and its countryside, Lattakia, Daraa and Sweida, the initiative’s today’s stop was at the Faculty of Mechanical and Electrical Engineering of the University of Damascus.

Shadi Talab, head of the volunteer “National Unity Gathering”, whose members are carrying out the initiative, said the letter, which has the Syrian flag featured on it, is going to collect signatures in all of the provinces. 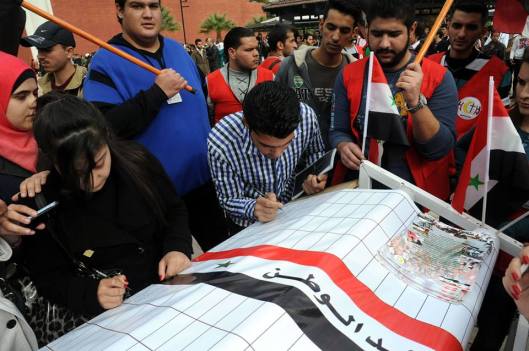 Five of the 10 kilometers have already been filled with signatures, while another 1 km is yet to be filled at Damascus University before the letter moves to Tartous University at its next stop. 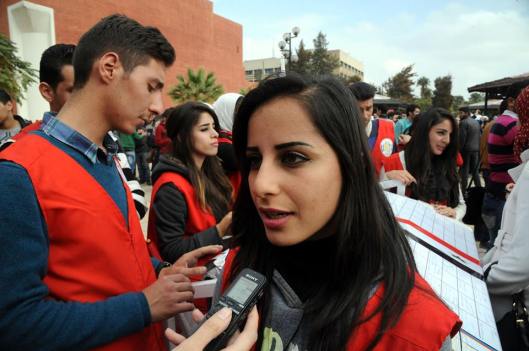 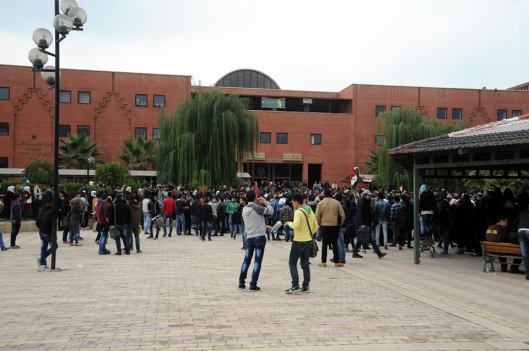 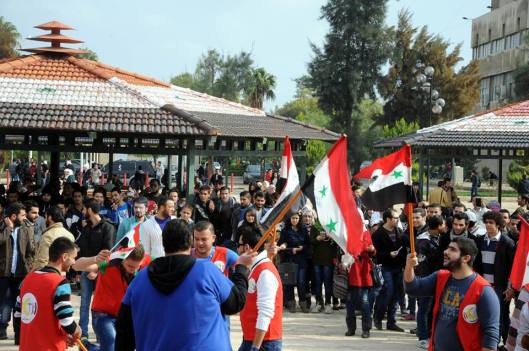 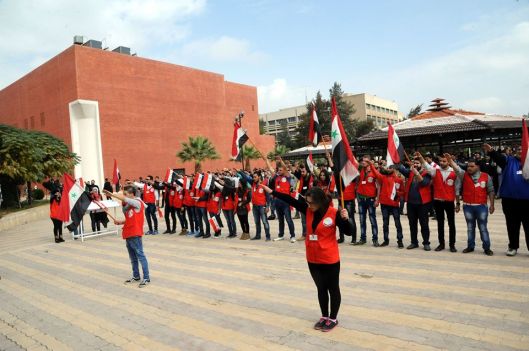