A Russian warplane has gone down near the Turkish-Syrian border after an apparent attack. Turkish and Russian sources have given conflicting reports about the incident, which has the potential to escalate the tension between Russia and NATO member Turkey. 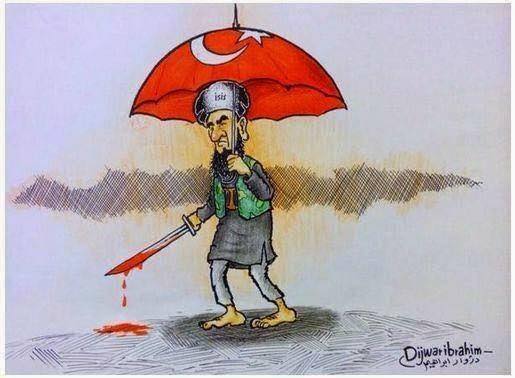 Acts of aggression would only strengthen Syria’s determination to fight terrorist groups with support from Russia, the Syrian General Staff said after the downing of the Russian bomber near the Turkish border.

“Reckless acts of aggression will only strengthen our determination to continue the fight against terrorists with the assistance of our friends, especially Russia,” Syrian state agency SANA reported, citing a statement from the General Staff.

Kremlin spokesman Dmitry Peskov expressed “anger and frustration” over the “unpredictable actions of Turkey” as it downed the Russian Su-24 on Tuesday.These actions are “completely inexplicable,” he said. He stressed that according to Russian military intelligence, the Su-24 jet was downed in Syrian airspace.“In this case it is certainly important to hear some reaction from Western countries and NATO regarding such actions.”

He added that the downing of the Russian warplane will not affect the counter-terrorist operations of Russian air forces.

Earlier, Russian Foreign Minister Sergey Lavrov pointed out the increasing level of the terror threat in Turkey, which is “not lower than in Egypt.” Lavrov said the ministry recommends Russians to refrain from visiting Turkey.