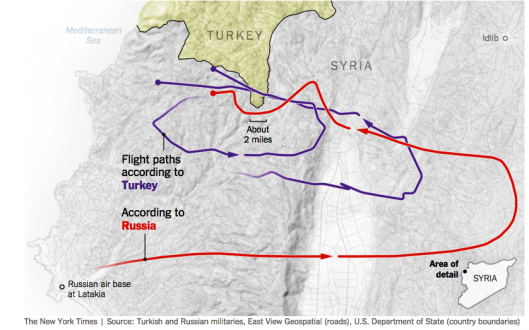 (By Paul Craig Roberts) ~ Tyler Durden at Zero Hedge has posted the flight paths of the Russian aircraft according to Turkey and to Russia.

We know that Turkey is lying for three reasons.

One reason is that NATO governments lie every time that they open their mouths.

A third reason is that, assuming Turkey’s claim of a 17 second airspace violation is true, 17 seconds is not long enough for a Turkish pilot to get clearance for such a serious and reckless act as shooting down a Russian military aircraft. If the SU-24 was flying at a normal speed rather than one that would be unable to keep the aircraft aloft, the alleged airspace violation would not have been long enough to be noticed. A shootdown had to have been pre-arranged. The Turks, knowing that the Russians were foolishly trusting to the agreement that there be no air to air encounters, told pilots to look for an opportunity.

In my recent article, I gave a reason for this reckless act:
http://www.paulcraigroberts.org/2015/11/24/turkey-has-destroyed-russias-delusion-of-western-cooperation-paul-craig-roberts/

Turkey’s explanation to the UN Security Council gives itself away as a lie. The letter states: “This morning (24 November) 2 SU-24 planes, the nationality of which are unknown have approached Turkish national airspace. The planes in question have been warned 10 times during a period of 5 minutes via ‘Emergency’ channel and asked to change their headings south immediately.”

As SU-24 are Russian aircraft, as Turkey is able to identify that the aircraft are SU-24s, how then can the nationality of the aircraft be unknown? Would Turkey risk shooting down a US or Israeli aircraft by firing at an unknown aircraft? If the SU-24 takes 17 seconds to fly 1.15 miles, the SU-24s would have only traveled 20.29 miles in five minutes. Does anyone believe that a supersonic aircraft can fly at stall speed for 17 seconds, much less for five minutes? 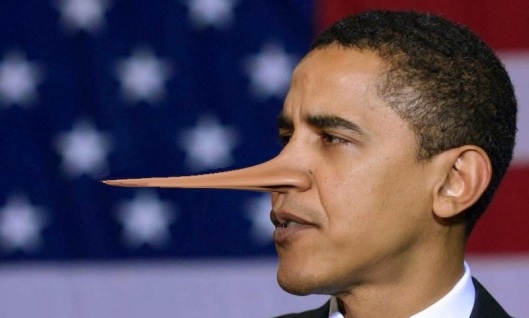 Do not expect any truth from any Western government or from any Western media. Governments and media know that the Western populations are uneducated, unaware, and can be relied upon to accept any preposterous story. In the West the Matrix has a firm grip. The Russians need to wake up to this fact.

NPR this morning confirmed that the media is a government propaganda organ. The Diane Rehm show on NPR presented us with a group of talking heads. Only one was informed, a professor at the Middle East Institute of the London School of Economics. The rest of the “experts” were the typical dumbshit Americans. They repeated all of the lies. “Russia is attacking everyone except ISIS.” How can there be anyone but ISIS to attack when the US general overseeing the area recently told Congress that “only 5” of our trained “rebels” remained? Yet the myth of “moderate rebels” is kept alive by these liars.

“The refugees are fleeing the brutal Assad.” Notice that it is always Assad who is brutal, not ISIS which has cut out opponents hearts and eaten them and routinely cuts off peoples heads and commits the most atrocious atrocities. Here we have “experts” blaming Assad. The “experts” said that the refugees are fleeing from Assad not from ISIS. The refugee problem is Assad’s fault, not the fault of ISIS. It is all Assad’s fault because he doesn’t give up and turn Syria over to Washington’s ISIS henchmen.

There was no acknowledgement from the “experts” that ISIS is a Washington creation or that until the Paris attack Washington was strongly backing ISIS with both words and weapons against the Russian air attacks that caught both Washington and ISIS off guard. This is extraordinary considering the fact that US responsibility for ISIS was acknowledged on TV by the former head of the Pentagon’s Defense Intelligence Agency. https://www.rt.com/usa/312050-dia-flynn-islamic-state/

Gullible Americans who give money to NPR are supporting lies and propaganda that have resulted in the deaths and dislocation of millions of peoples and that are leading to WWIII. The Western media whores are complicit in the crimes, because they fail their responsibility to hold government accountable and make it impossible for valid information to reach people. The Western media serves as cheerleaders for death and destruction.