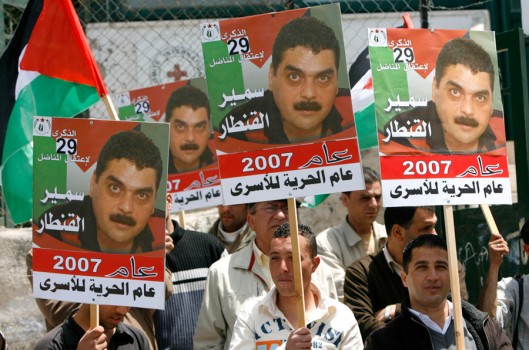 SANA reporter said Kuntar, who was liberated in 2008, was killed along with several people in the shelling that targeted a building in the southern parts of Jaramana city.

The building was completely demolished, the reporter added.

In a statement to the Syrian al-Ekhbariya TV, Information Minister Omran al-Zoubi described the incident as a terrorist operation “plotted beforehand”, noting that the authorities are carrying out high-level technical investigation to find out how the operation happened.

He confirmed that all of the people killed in the attack are civilians.

The martyr Kuntar, al-Zoubi said, had always known that he was going to be pursued whether by the Israeli entity itself or by its agents, who are now fighting the Syrian army and state.

Later, the People’s Assembly issued a statement of condemnation in which it said this “classified terrorist crime” against Kuntar stresses once again that the foreign-backed terrorism targeting Syria and the region is a Takfiri Zionist terrorism led by several countries topped by the Israeli occupation entity.

The statement accused some Arab and regional regimes who try to vindicate Israel as being accomplices in implementing the Zionist plots against the Arab nation and the peoples of the region.

Prime Minister Wael al-Halaqi also condemned the operation as “a cowardly act of terror”, stressing that this attack will not prevent the Axis of the Resistance from continuing its struggle against the Israeli enemy and confronting the terrorist war waged on Syria and the Arab nation.

Kuntar, born in 1962 in the Lebanese Abieh town in Aley area, was detained by the Israeli occupation forces in 1979, at the age of 16, for his involvement in a heroic operation against the Zionists. He was released along with four other Lebanese prisoners in a 2008 swap deal with the Lebanese Hezbollah resistance movement in exchange for the bodies of two Israeli soldiers killed during the 2006 war.

The Syrian hero Farhan Shaalan has been also martyred in #Jaramana attack. RIP

Hezbollah leader Samir Kuntar, of the Palestine Liberation Front, has reportedly been killed in a “terror attack” in Jaramana (Damascus Countryside), Syrian state TV said, citing official sources. Hezbollah earlier backed reports that he had been killed in an alleged Israeli airstrike.

Images from the scene show a collapsed multi-storey residential building, with lots of rubble on the ground. Vehicles parked nearby appear to have been completely destroyed.

There are conflicting reports regarding the course of events. Some say that there was an Israeli airstrike on the residential area, while other describe the incident as terrorist mortar shelling. Syrian state TV said that several people had been injured, after rockets launched by “terrorist groups” hit a building in the Jaramana district of Damascus.