The Syrian army on Saturday advanced in many areas of Syrian cities, establishing full control over new strategic areas and hills in Lattakia northern countryside.

Army units, in cooperation with the popular defense groups, established control over the hills overlooking al-Sarraf village in the northern countryside of Lattakia, a military source announced on Saturday.

The Points 489, 465 and 547 that overlook al-Durreh axis and al-Sarraf crossing also came under the army’s control.

The source told SANA that the army units later combed the areas and dismantled explosive devices planted by the terrorist organizations.

Many of the terrorists were killed during the army operations, which the source said were “intensive”, while others ran away.

Later on the day,  an army unit and the popular defense groups established control over the villages of al-Mreij, al-Kart al-Fouqani and al-Kart al-Tahtani and a number of strategic hills in the same countryside.

An army unit in cooperation with popular defense groups establishes full control over al-Koum al-Tahtani and al-Koum al-Fouqani villages in addition to other strategic points in the northern countryside of Lattakia. 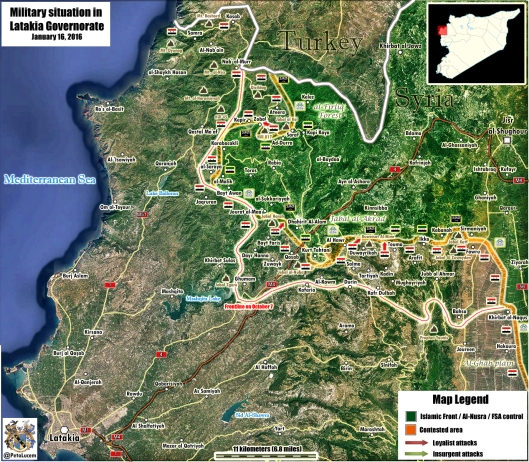 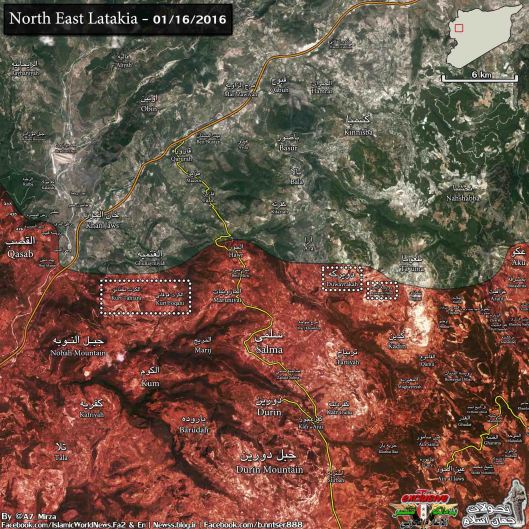 In Hama countryside, based on intelligence information a unit of army carried out a special operation against positions of Jabhat al-Nusra in Aqrab village 30 kilometers to the south west of Hama.

The operation destroyed a position for terrorists and killed the leader of Jabhat al-Nusra terrorist organization in Aqrab village who was nicknamed Abu Misha’al.

Aqrab village is located on the outskirts of al-Houleh plain where terrorists affiliated to Jabhat al-Nusra are active.

Army units carried out on Saturday afternoon a series of special operations against dens and gatherings of the so-called Jaish al-Nasr in Tal Hawash and al-Hbeit village in the southern countryside of Idleb.

The operations destroyed gatherings and headquarters of terrorists with all arms, ammunition and munitions inside.

Later, sources on the ground told SANA that at least 17 terrorists were killed in an army operation in Falion village south of Idleb city.

In Jisr al-Shughour area, Samer Hajj Najib, a leader in “Liwa’a al-Ansar” terrorist group, was killed along with many of his group’s members in a special operation carried out by the army.

Field sources in the eastern Deir Ezzor province told SANA that a unit of the army destroyed an armored vehicle filled with huge quantities of explosives for the Islamic State (ISIS) before reaching one of the military points in the surrounding of Ayash village in the province’s western countryside.

Meanwhile, another army unit confronted a number of ISIS terrorists who have infiltrated into al-Baghiliah village, inflicting them heavy losses and killed many of them.

The army carried out a special operation against terrorists of Jabhat al-Nusra, destroying their gatherings to the south of Busra square and in al-Abassiya and al-Karck in Daraa al-Mahata.

Meanwhile, terrorist organizations have acknowledged on their websites the killing of a number of terrorists, among them Muhanad Jamal al-Hussein.

An army unit targeted positions of ISIS terrorists in the northeastern countryside of the southern Sweida province.

A number of ISIS centers and depots containing amounts of weapons and ammunition were destroyed in Ashayhib village.

A military source told SANA that an army unit inflicted losses on terrorist organizations in Kafrlaha village in Taldo area, while another unit killed terrorists and destroyed a number of their gatherings in the villages of Aseela and Talf on the administrative border lines with Hama province.

In the province’s eastern countryside, army units killed and injured many terrorists from ISIS and destroyed their weapons and munitions northeast of al-Tarr mountain. 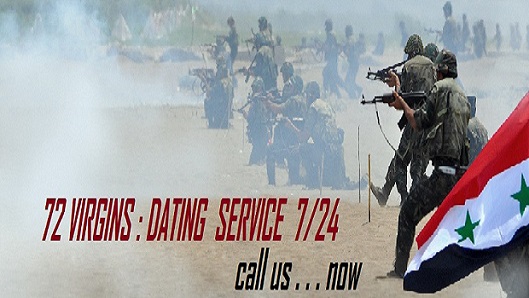