Provided by a whistleblower, a cache of secret documents detailing the inner workings of the U.S. military’s assassination program in Afghanistan, Yemen, and Somalia.

YOU CAN READ THE FULL SET OF THESE SECRET DOCUMENTS AT THE ORIGINAL LINK https://theintercept.com/drone-papers/

From his first days as commander in chief, the drone has been President Barack Obama’s weapon of choice, used by the military and the CIA to hunt down and kill the people his administration has deemed — through secretive processes, without indictment or trial — worthy of execution.

There has been intense focus on the technology of remote killing, but that often serves as a surrogate for what should be a broader examination of the state’s power over life and death. 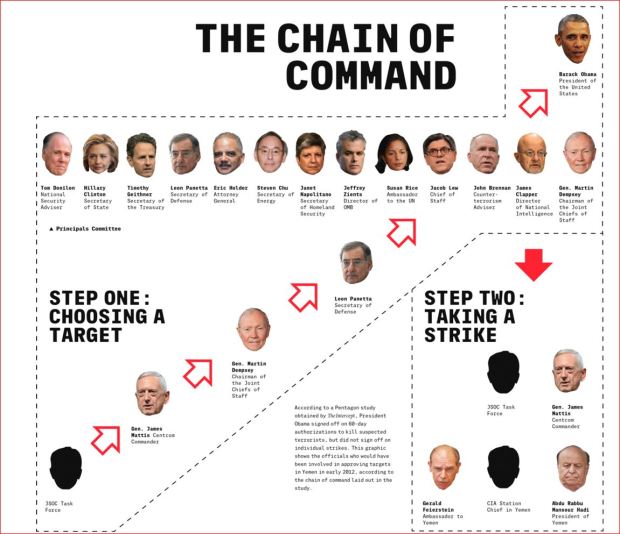 Soon after he was elected president, Barack Obama was strongly urged by Michael Hayden, the outgoing CIA director, and his new top counterterrorism adviser, John Brennan, to adopt the way of the scalpel — small footprint counterterrorism operations and drone strikes.

In one briefing, Hayden bluntly told Obama that covert action was the only way to confront al Qaeda and other terrorist groups plotting attacks against the U.S. 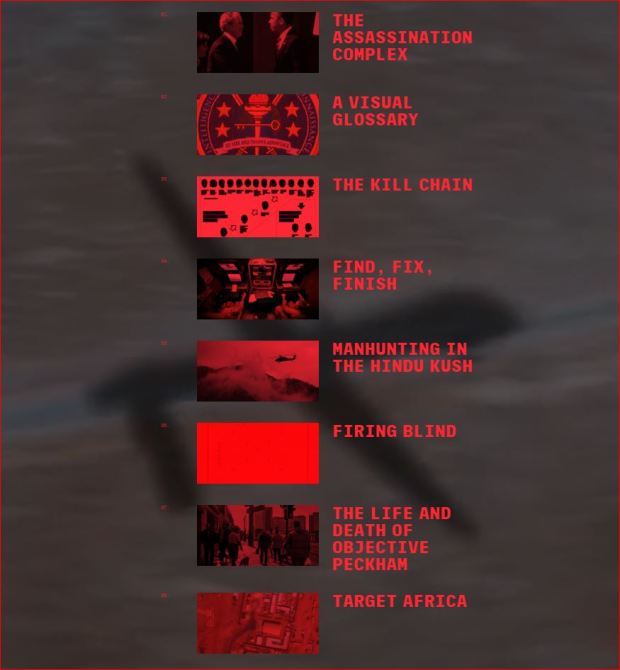 Secret military documents obtained by ‘The Intercept’ offer rare documentary evidence of the process by which the Obama administration creates and acts on its kill list of terror suspects in Yemen and Somalia.

The documents offer an unusual glimpse into the decision-making process behind the drone strikes and other operations of the largely covert war, outlining the selection and vetting of targets through the ranks of the military and the White House, culminating in the president’s approval of a 60-day window for lethal action.

Decoding the Language of Covert Warfare.
This is a labyrinth with 12 entrances and no exit. It is built on a cache of documents provided to ‘The Intercept’ by a source within the intelligence community.