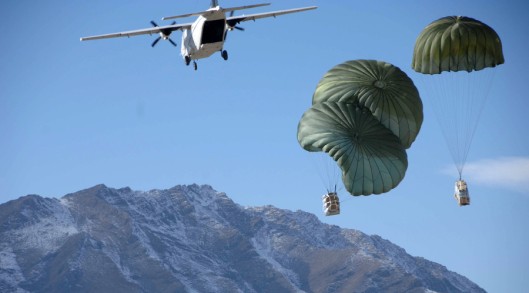 Al-Qaeda-affiliated mercenaries are also being deployed.
Melding private firms with terror outfits should not surprise.
It’s all part of illegal war making.

Western news media scarcely report on the conflict in Yemen, let alone the heavy deployment of Western mercenaries in the fighting there. In the occasional Western report on Al-Qaeda and related terror groups in Yemen, it is usually in the context of intermittent drone strikes carried out by the US, or with the narrative that these militants are “taking advantage” of the chaos “to expand” their presence in the Arabian Peninsula, as reported here by the Washington Post. 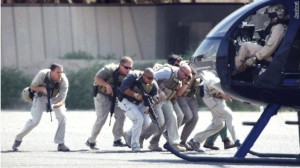 This bifurcated Western media view of Yemen belies a more accurate and meaningful perspective, which is that the US-backed Saudi bombing campaign is actually coordinated with an on-the-ground military force that comprises regular troops, private security firms and Al-Qaeda type mercenaries redeployed from Syria.

There can be little doubt in Syria – despite Western denials – that the so-called Islamic State (IS, formerly ISIS/ISIL)) jihadists and related Al-Qaeda brigades in Jabhat al-Nusra, Jaish al-Fateh, Ahrar ash-Sham and so on, have been infiltrated, weaponized and deployed for the objective of regime-change by the US and its allies. If that is true for Syria, then it is also true for Yemen. Indeed, the covert connection becomes even more apparent in Yemen.

Last November, the New York Times confirmed what many Yemeni sources had long been saying. That the US-backed Saudi military coalition trying to defeat a popular uprising was relying on mercenaries supplied by private security firms tightly associated with the Pentagon and the CIA.

The mercenaries were recruited by companies linked to Erik Prince, the former US Special Forces commando-turned businessman, who set up Blackwater Worldwide. The latter and its re-branded incarnations, Xe Services and Academi, remain a top private security contractor for the Pentagon, despite employees being convicted for massacring civilians while on duty in Iraq in 2007. In 2010, for example, the Obama administration awarded the contractor more than $200 million in security and CIA work.

Erik Prince, who is based primarily in Virginia where he runs other military training centers, set up a mercenary hub in the United Arab Emirates five years ago with full support from the royal rulers of the oil-rich state. The UAE Company took the name Reflex Responses or R2. The NY Times reported that some 400 mercenaries were dispatched from the Emirates’ training camps to take up assignment in Yemen. Hundreds more are being trained up back in the UAE for the same deployment.

This is just one stream of several “soldiers of fortune” going into Yemen to fight against the uprising led by Houthi rebels, who are in alliance with remnants of the national army. That insurgency succeeded in kicking out the US and Saudi-backed president Abed Rabbo Mansour Hadi in early 2015. Hadi has been described as a foreign puppet, who presided over a corrupt regime of cronyism and vicious repression.

Since last March, the Saudis and other Persian Gulf Arab states have been bombing Yemen on a daily basis in order to overthrow the Houthi-led rebellion and reinstall the exiled Hadi. 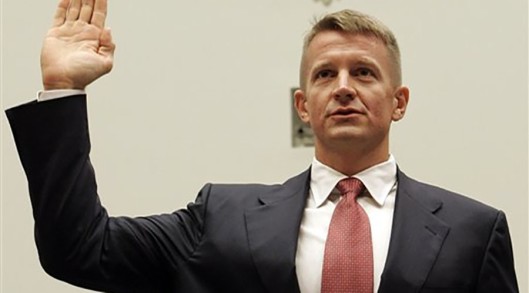 Washington and Britain have supplied warplanes and missiles, as well as logistics, in the Saudi-led campaign, which has resulted in thousands of civilian deaths. The involvement of Blackwater-type mercenaries – closely associated with the Pentagon – can also be seen as another form of American contribution to the Saudi-led campaign.

The mercenaries sent from the UAE to Yemen are fighting alongside other mercenaries that the Saudis have reportedly enlisted from Sudan, Eritrea and Morocco. Most are former soldiers, who are paid up to $1,000 a week while serving in Yemen. Many of the Blackwater-connected fighters from the UAE are recruited from Latin America: El Salvador, Panama and primarily Colombia, which is considered to have good experience in counter-insurgency combat.

Also among the mercenaries are American, British, French and Australian nationals. They are reportedly deployed in formations along with regular troops from Saudi Arabia, Qatar, Bahrain and the UAE.

In recent months, the Houthi rebels (also known as Ansarullah) and their allies from the Yemeni army – who formed a united front called the Popular Committees – have inflicted heavycasualties on the US-Saudi coalition. Hundreds of troops have been reportedly killed in gun battles in the Yemeni provinces of Marib, in the east, and Taiz, to the west. The rebels’ use ofTochka ballistic missiles has had particularly devastating results.

So much so that it is reported that the Blackwater-affiliated mercenaries have “abandoned the Taiz front” after suffering heavy casualties over the last two months. “Most of the Blackwater operatives killed in Yemen were believed to be from Colombia and Argentina; however, there were also casualties from the United States, Australia and France,” Masdar News reports.

Into this murky mix are added extremist Sunni militants who have been dispatched to Yemen from Syria. They can be said to be closely related, if not fully integrated, with Al-Qaeda or IS in that they profess allegiance to a “caliphate” based on a fundamentalist Wahhabi, or Takfiri, ideology.

These militants began arriving in Yemen in large numbers within weeks of Russia’s military intervention in Syria beginning at the end of September, according to Yemeni Army spokesman Brigadier General Sharaf Luqman. Russian air power immediately began inflicting severe losses on the extremists there. Senior Yemeni military sources said that hundreds of IS-affiliated fighters were flown into Yemen’s southern port city of Aden onboard commercial aircraft belonging to Turkey, Qatar and the UAE.

Soon after the militants arrived, Aden residents said the city had descended into a reign of terror. The integrated relationship with the US-Saudi coalition can be deduced from the fact that Aden has served as a key forwarding military base for the coalition. Indeed, it was claimed by Yemen military sources that the newly arrived Takfiri militants were thence dispatched to the front lines in Taiz and Marib, where the Pentagon-affiliated mercenaries and Saudi troops were also assigned.

It is true that the Pentagon at times wages war on Al-Qaeda-related terrorists. The US airstrike in Libya on Friday, which killed some 40 IS operatives at an alleged training camp, is being trumpeted by Washington as a major blow against terrorism. And in Yemen since 2011, the CIA and Pentagon have killed many Al-Qaeda cadres in drone strikes, with the group’s leader beingreportedly assassinated last June in a US operation.

Nevertheless, as the broader US-Saudi campaign in Yemen illustrates, the outsourcing of military services to private mercenaries in conjunction with terrorist militia is evidently an arm of covert force for Washington.

This is consistent with how the same groups have been deployed in Syria for the purpose of regime change there.

The blurring of lines between regular military, private security contractors with plush offices in Virginia and Abu Dhabi, and out-and-out terror groups is also appropriate. Given the nature of the illegal wars being waged, it all boils down to state-sponsored terrorism in the end. 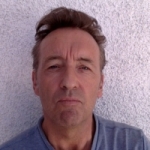