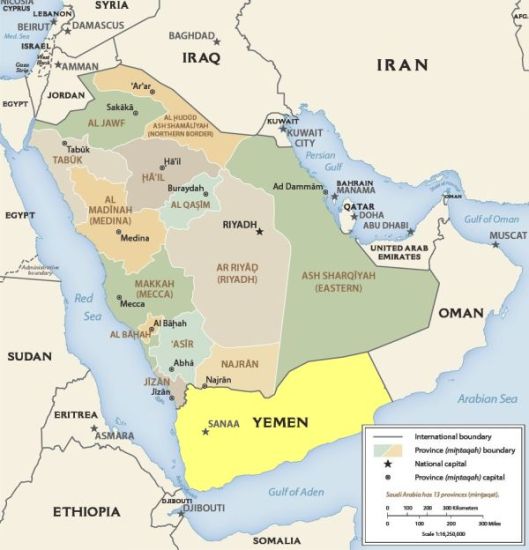 Iranian Foreign Minister Mohammad Javad Zarif warned Saudi Arabia on February 16 not to deploy troops in Syria. «Those who are operating in Syria without the authority of the sovereign government in Syria are violating international law», he told a news conference at the European Parliament in Brussels.

The ability of Saudi Arabia to conduct a full-fledged military offensive in Syria is questioned.

Until the last year’s intervention in Yemen the Saudi military had taken part in a large scale military conflict only once. Saudi armed forces joined the US-led coalition in the campaign to liberate Kuwait from Iraq (operations Desert Shield and Desert Storm, 1990-91).

Shortly after the occupation of Kuwait in the Persian Gulf War, Saudi Prince Bandar bin Sultan was chosen as the commander of the joint Arab forces and formally shared an equal position and responsibility with General Norman Schwarzkopf of US Army, Commander of the coalition forces that drove Iraqi troops out.

The Saudi commander mainly dealt with expensive arms deals to walk away with $4 billion in commissions. He was dismissed from the position of Defense Minister by King Fahd who ordered to launch an investigation into his dubious activities.

The second large scale operation was the invasion of Yemen launched in March 2015. As a result, the civilian death toll is 2, 5 thousand. The country’s economic infrastructure is devastated. The military gains are modest enough. Last July, Saudi-backed Yemeni militiamen captured Aden, the Yemen’s capital. The Saudi-led coalition failed to seize Yemen’s Taiz, where the local population was hostile toward the Houthis.

If the Saudis knew the region’s history better, they would not have taken the decision to invade Yemen so easily, keeping in mind the military defeats suffered by Portugal in the ХVI century, Turkey – in the XVII and XIX centuries and Great Britain in the ХХ century. Launching an operation in Syria is doomed as Saudi Arabia’s military in Yemen.

No combat experience and the lack of military strategy is only half the trouble. Big wars require big funds. The kingdom is going through hard times as oil prices go down. After the Arab Spring started in 2011 King Abdullah bin Abdulaziz Al Saud launched a $72 billion social benefits program, including pensions, cheap housing, the creation of 90 thousand new working places (predominantly, in state structures and power agencies) and the developing backward areas of the country. He wanted to keep people loyal and prevent anti-government protests.

The dependence on oil profits is confirmed by the fact that the country’s 2016 budget deficit is equal to about $87 billion.

The welfare programs are imperiled now, as well as the aid to satellite countries in the Arab world to unite them in the effort to counter Iran. According to informal data, the foreign aid to support «friends» accounts for $30 billion, including the loans on favorable terms to the military government of Egypt, credits to Pakistan, the subsidies to the monarchies of Bahrain and Jordan to keep these fragile governments in power, the money paid to bribe Yemeni tribal sheikhs and the aid provided for terrorists in Syria and Iraq. True, the kingdom boasts significant foreign exchange reserves ($660 billion).

At the current rate, the reserves will be depleted in 8-10 years. What will happen then?

Unable to go it alone, last December Riyadh announced the formation of 34-states strong anti-terrorist coalition. The term «anti-terrorist» is rather misleading. This fragile alliance is not created to fight Al-Qaeda and the Islamic State. It is targeted at Iran, the main geopolitical adversary of Saudi Arabia. Besides, Riyadh cannot find more combat-capable partners.

As the war in Yemen started, Pakistan and Egypt refused to take part. Pakistan faced too many domestic problems, especially in the country’s restive North-West. Besides, Islamabad does not want to spoil relations with the neighboring Iran. Egypt is busy fighting terrorists in the Sinai Peninsula and spreading its influence in Libya. The monarchies of Jordan and Morocco have not refused to take part in the coalition. They want to receive financial aid displaying little interest in sending their subjects as cannon fodder to Syria. The military potentials of the rather singular countries left in the list of allies – such as Sudan, Somalia and the Comoros Islands – are too insignificant to be mentioned.

The announced military operation in Syria looks more like bluff. True, Riyadh enjoys great influence among the Syria armed opposition. The kingdom has friends and allies among all groups making up the anti-government camp: from the relatively moderate Syria Revolutionaries Front to Jabhat al-Nusra (despite the fact that the latter is listed as a terrorist organization and the Saudi citizens are forbidden to join its ranks). Without the support of Saudi Arabia the Jabhat al-Nusra militants would not have seized Idlib last May. At the same time, the advances of Syria’s regular army have greatly weakened the armed opposition. 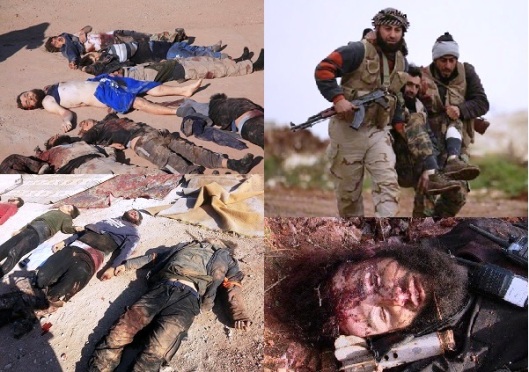 The militants suffer one defeat after another. Nobody in the opposition ranks talks about making any gains anymore. The mission is to hold down the fort. Military setbacks weaken the opposition’s bargaining position at the talks. Under the circumstances, there is nothing left except threats to launch a direct military intervention. Time will show if it works.