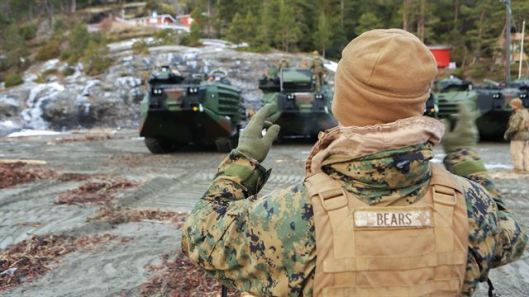 Image from the official website of the United States Marine Corps

In an apparent bid to preserve world peace though indiscriminate displays of superior firepower, NATO uses a series of caves in Norway to store tanks and other military equipment.

As “The Local” reported (a Norwegian News Agency), Heather Conley, the director of the Center for Strategic and International Studies’ Europe Program, said that given the tense current relationship between Nato and Russia, northern Europe is now being viewed as a “theatre of operations”:

“Now that we have a very new security context with Russia, it now makes sense to rethink what is needed,” she said.

Russian aggression in the Nordics has been an ongoing concern for Norway and its neighbours in recent years.

In 2015, it was revealed that Russia rehearsed military takeovers of northern Norway, the Swedish island of Gotland and the Danish island of Bornholm.

Norwegian, Swedish and Danish intelligence services have all reported that Russia is one of the biggest threats in the region.

The Marines statement said that more than 16,000 troops will use equipment stored in the Norwegian caves later this month for cold weather training exercises.

The Marines have released video showing the Norwegian army assisting the Americans in learning how to best operate tanks and Amphibious Assault Vehicles in icy conditions.

Sergei Naryshkin, the speaker of the lower house of Russian parliament said that NATO and the European Union’s policies towards Russia are not constructive as they undermine the principles of international law, global and regional security and mutually beneficial economic cooperation.

NATO’s increased presence in Europe near Russia and Belarus’ borders is an aggressive policy, which will continue in the future, the speaker of the lower house of Russian parliament said:

“The aggressive expansion of NATO military infrastructure toward the Russian borders, the sanctions policy violating international law, the West’s interference in the political life of sovereign states, a massive disinformation campaign against our countries, unfortunately, will continue”. 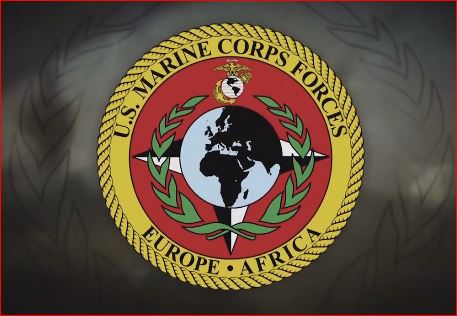 “We have pre-positioned gear, both in caves and on ships, and it allows forces from the United States to come on out and fall in on gear that is already forward-deployed versus bringing all that gear with us,” said Col. William Bentley, operations officer for 2nd Marine Expeditionary Brigade.

The program will provide approximately 6,500 pieces of equipment for Cold Response 16, hosted by Norway that includes 12 NATO allies and partners and more than 16,000 troops”. 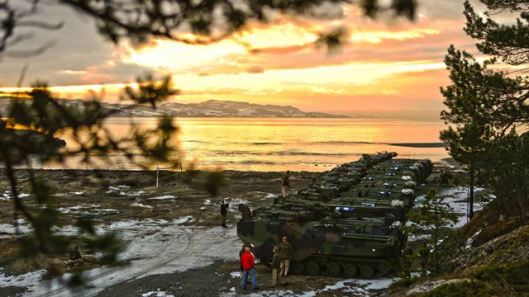 Image from the official website of the United States Marine Corps

Given that Russia is not threatening any nation, and that the structures, armaments and the Moscow military installations are present only in territories under Russian jurisdiction, or in countries that have requested it (eg. Syria), turns out to somebody that Russia is amassing troops and armaments overseas near the American borders? 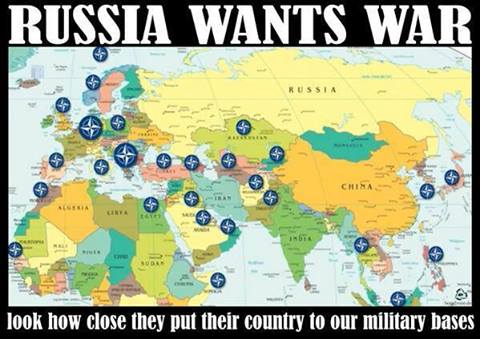 What comes to mind is an old fable of Phaedrus, the one of the wolf on top of a hill that accuses a sheep, downstream, to pollute the water of the stream that he drinks, upstream, to have an excuse to then attack and eat her.

It is a pity for the American canids that Russia is not a fearful sheep, but a bear with very sharp teeth and claws…just enough to write an updated version of Phaedrus’s fable… 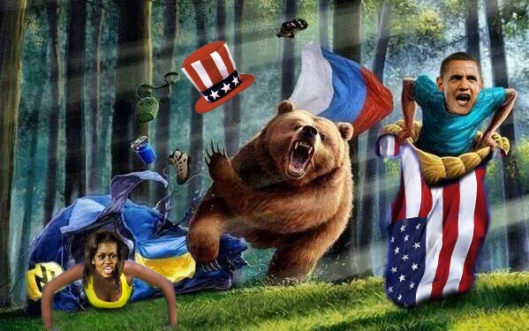 6 thoughts on “U.S. delivered 5,000 tons of weaponry close to the Russian borders: is Moscow amassing troops and armaments overseas near the American borders?”