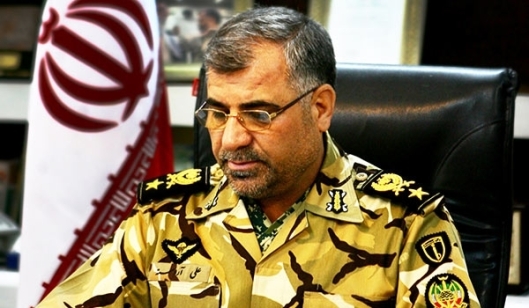 Iran Has Evidence of Foreign Military Aid to ISIL

General Arasteh said on Wednesday some governments claim to be fighting ISIL, but at the same time supply the terrorist group with “37 vehicles and 38 trailers loaded with weapons and military equipment.”

“We have the images and the documents to substantiate and we will make them public in due time,” he added.

In relevant remarks in April, top commander of the Iranian Armed Forces said the US military planes are making regular flights to and from airports ISIL-controlled cities to supply the terrorist group with weapons, money and foodstuff.

“We have received reports that the US planes visit the ISIL(-controlled) airports,” Chief of Staff of the Iranian Armed Forces Major General Hassan Firouzabadi told reporters on the sidelines of military parades held in Tehran to mark the Army Day.

“The US shouldn’t supply weapons and money to ISIL and then apologizes and says that it has done a mistake. The Americans say that they want to confront the ISIL (but) we haven’t seen any practical measure but reconnaissance and surveillance operations,” he added.

Predicting that a cruel wave of terrorism will sweep Europe, the US and all mankind in the near future, Firouzabadi said all the world people, including those in the US and Europe, should try to fight against terrorism in defense of the right of living instead of providing them with weapons and huge sums of money that has made ISIL the best paid militant and armed group in the world.

“If the US is honest in its statements that it has not created the ISIL, it can fight against it easily and we hope that the US and British governments will fight against the ISIL even for the sake of their own nations,” he added.