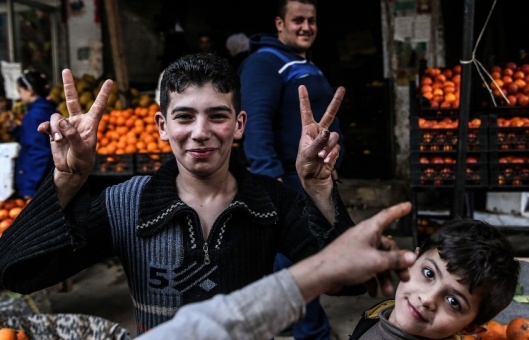 Before the war, Adra was Syria’s biggest industrial city, where at territory of 7,000 hectares were about 2,000 factories and plants. In 2013, Jabhat al-Nusra (outlawed in Russia) militants seized the city. After the terrorists attacked the city with population of 20,000 only 500 people remained there. However, several months ago, the governmental forces liberated the city.

“In recent years, the population even grew mostly because of the refugees, who fled the war areas, mostly from Duma, but as the terrorists were approaching this city, a massive outflow began. Now people are gradually returning home.”

He said the electricity supplies to the city are smooth now, the telephone communications are working, and the issue of clear drinking water is also settled – it is brought from a clear mountainous spring nearby.

The mayor said the external Syrian opposition should also return home if they want to participate actively in establishment of peaceful life in the country.

“What I’d like to say is the opposition should be here, in the Fatherland,” he said.

“The basic items of the truce, besides the ceasefire, are also establishment of humanitarian corridors, exchange of prisoners, and those are rather sensitive and complex things which are difficult to consider if you are not here.”

“They both have understanding how to improve the life. We are brothers, we are sharing bread. Those who seized our city have come from abroad. They came to ruin our Fatherland, to separate us and to rob.”