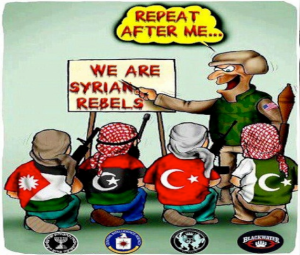 Amir Abdollahian made the remarks in phone talks with UN Special Envoy for Syria Staffan de Mistura on Friday.

He described presence of the leaders of terrorist groups at the negotiations table in Geneva as harmful.

Amir Abdollahian, meantime, appreciated de Mistura’s efforts to settle the crisis in Syria politically, and underlined the necessity for focusing on Syrian-Syrian talks. 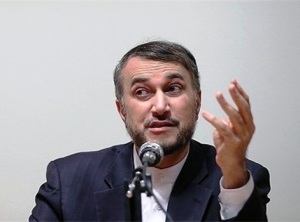 De Mistura, for his part, lauded Iran’s efforts in fighting against terrorism and its support for settling the crisis in Syria politically, and said despite the challenges, the trend of Geneva talks are positive and they will continue by next Tuesday.

The Syrian peace talks have hit their first logjams, as disputes erupted over the composition of delegations to the talks and a Kurdish call to form a federal Syria with a semi-autonomous Kurdish region in the North of the country.

The idea of a federal Syria was rejected outright on Tuesday by Bashar al-Jaafari, the leader of the Syrian government delegation, who also said he would not talk directly to the main Syrian opposition delegation because it included people he considered terrorist murderers.

He said a future federal Syria, proposed on Wednesday by Kurdish groups, was doomed to fail. Kurds had been part of Syria for centuries, he said.

Speaking after his second round of talks with UN officials, Jaafari also rejected suggestions he was under any pressure from Russia to compromise in the talks as a result of the surprise partial withdrawal of troops announced by Vladimir Putin at the start of the Geneva talks on Monday.

With the phased withdrawal continuing on Wednesday, he said all such decisions about Russian troop movements, including partial withdrawals, were agreed jointly with the Russian government.

“The Russian decision to withdraw partially from Syria was taken jointly by a common decision, taken both by President Putin and President Assad. So it wasn’t a surprise for us,” Jaafari said. 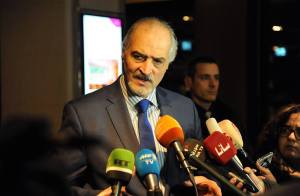 No Full List of Participants of Intra-Syrian Talks Prepared Yet

There is still no full list of participants of the intra-Syrian talks, head of the Syrian government’s delegation Bashar Jaafari told Sputnik on Wednesday

(SputnikNews) ~ No full list of participants of the intra-Syrian talks has been announced yet: