Damascus, 17 April 2016 ~ Commemorating the 70th anniversary of Evacuation Day (Syrian Independence Day, which marks the evacuation of French occupation forces from the country in 1946), the Syrians recall the sublime meanings and indications underpinning the concept of independence in terms of defending the homeland and preserving its sovereignty and national unity.

Meanings that figure highly now that Syria has been for five years confronting foreign interference at its best and an atrocious war of terrorism in which over 80 countries are involved in equipping and arming terrorists and mercenaries and sending them into the country.

As they celebrate this occasion, which is annually marked on April 17 when French soldiers were evacuated to the last one ending the French colonial mandate of Syria, the Syrians renew their pledge to maintain their country’s sovereignty and independence.

With their greatest aspiration now being that of achieving final victory against the terrorists, the Syrian people believe that this hope can only become a reality through continued support for the Syrian Arab army in its unrelenting struggle that has been going on since 2011.

“As they once achieved independence and expelled the enemy from their homeland seventy years ago, the Syrians are facing a similar act of aggression perpetrated by Takfiri terrorists and backed by world countries”, said the retired pilot and officer Ismael al-Atrash, son of Sultan Pasha al-Atrash, the Commander General of the Syrian Revolution against the French colonialists (1925–27).

The anniversary this year seems to be celebrated amid growing popular momentum in light of the recent strategic victories made by Syrian army on various fronts on Syrian soil, most importantly that of recapturing Palmyra city from the grip of ISIS terrorists, as the retired lieutenant Mahmoud al-Shaqa pointed out.

“The largest victory will be when we defeat terrorists, their supporters and all those who wish Syria ill”, al-Sahqa said.

For his part, Fahd Hweijeh, a retired officer and member of the Veterans Association, highlighted that independence came to crown the struggle of the Syrians and prove to the whole world their rejection of any foreign intervention in their internal affairs.

“Today, the Syrians reiterate this truth again thanks to their army and to their unity in the face of terrorism”, Hweijeh said. 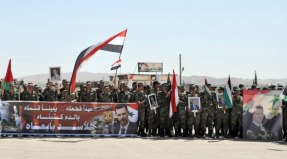 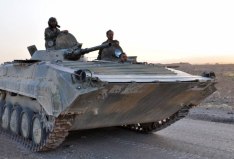 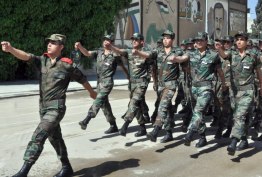 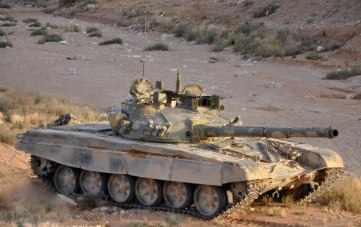 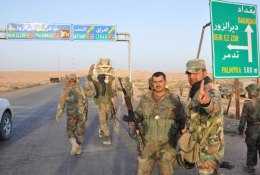 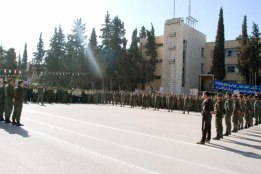 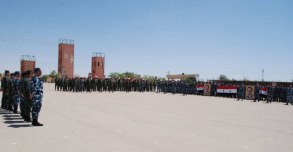 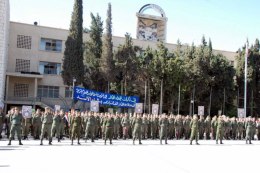 In the cable, President Putin affirmed his country’s determination to continue providing active assistance for the Syrian government in its battle against terrorist organizations, asserting that Russia will continue to support the Syrian state’s sovereignty, territorial integrity, and safety, in addition to supporting the political solution for the crisis in Syria via comprehensive national dialogue. 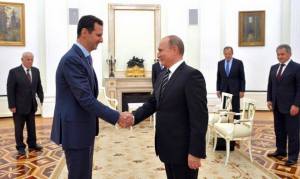 RELATED PHOTOS OF THE SYRIAN HISTORY:

In military uniform is his aid-de-camp Suheil al-Ashi, and to his right is Prime Minister Saadallah al-Jabiri. 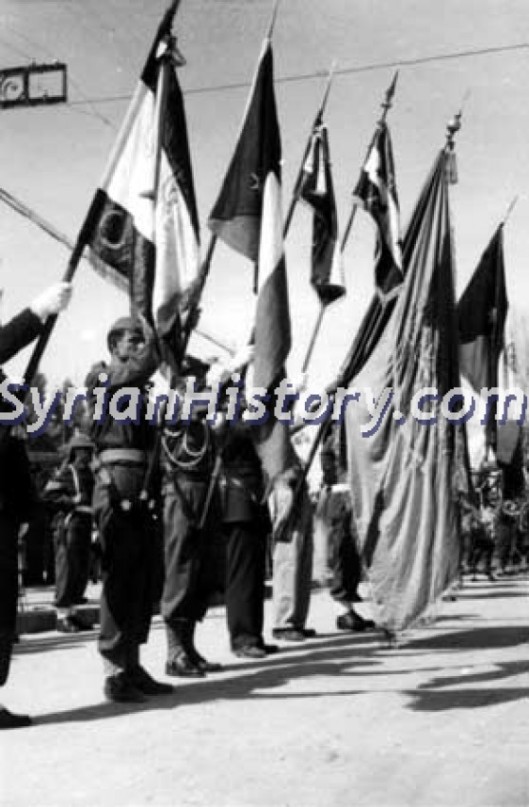 A parade in Damascus during the celebrations of independence on April 17, 1946 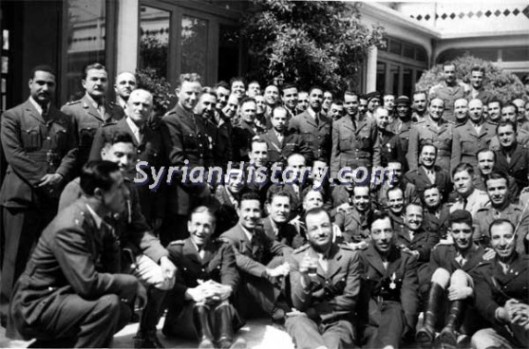 A celebration at the Officers Club in Damascus on April 17, 1946 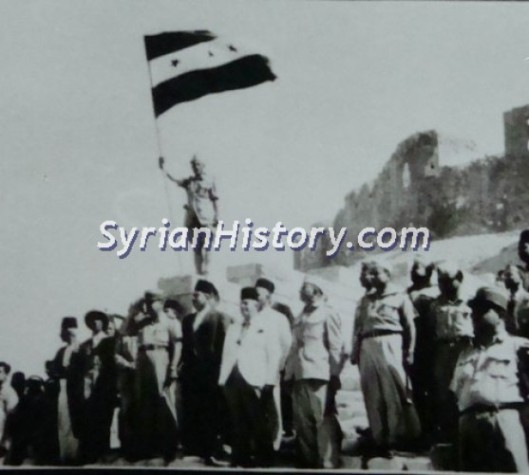 Young Syrians raising the flag in Aleppo on April 17, 1946