Russian Defense Ministry denied reports by some media that “the Russian air force shelled a hospital in Aleppo”.

Syrian Army spokesperson: “The Syrian air force has not carried out flights or bombing over al-Sukkari hospital in Aleppo”.

“The Russian air force has not carried any flight over Aleppo region during the latest days”, official spokesperson of the Russian defense Ministry, Lieutenant General Igor Konashinkov said in a statement published by Russia Today website, affirming the Russian air force didn’t target any hospital in al-Sukkari region in Aleppo. 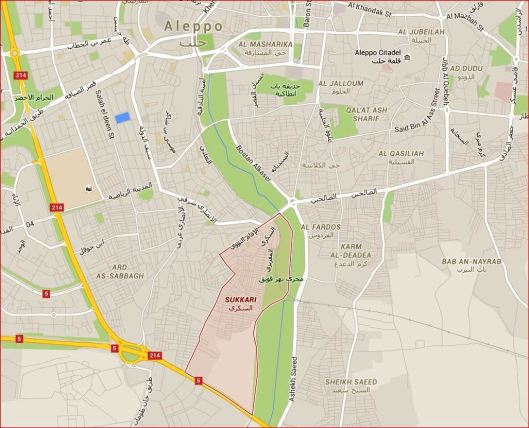 Syrian military and Russian Defense spokespersons deny any implication in the bombing of al-Sukkari hospital in Aleppo area, but assert that a plane of the US-led International Coalition was present in the same time and place.

The focus is instead directed to identify an aircraft that is believed to belong to the US-led International Coalition.

“The Russian defense Ministry had data saying that a warplane for one country of the International coalition flew yesterday in Aleppo skies for the first time”, Konashinkov said.

3 thoughts on “Syrian military and Russian Defense spokespersons deny any implication in the bombing of al-Sukkari hospital in Aleppo area, but assert that a plane of the US-led International Coalition was present in the same time and place”