The Daesh obese cutthroats, known as the ‘Bulldozer’, has been captured this week by the Syrian Arab Army in an unspecified locality.

Now he is collaborating with the authorities, in exchange for a good slimming treatment, offered by the patriots of the Syrian Army.

This terrorist was a member of the criminal branch better known as “Daesh Chopping Committee” and was responsible for beheading civilians and maiming limbs of those found guilty (?) by the mercenary-terrorist Shariah Courts. 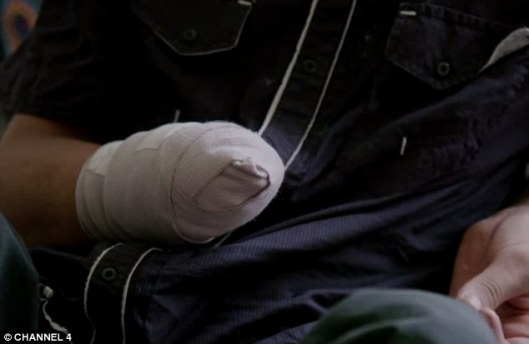 He has been responsible for maiming even children. Last year, a 14 year-old child named Omar fighting for a rival terrorist gang was captured and had a hand and a foot chopped off for refusing to fight for Daesh.

This obese ape was first seen in June 2014, posing with a Browning machine gun, capable of piercing armor.

One less big-mouth to feed for Daesh.