“I hope that I am wrong about war before November 4th. I wish I am wrong. I would be happy and relieved if I am wrong, but I felt that I had a duty to make public my fear that this would occur”. (Sheikh Imran Hosein)

Usually when somebody predicts the end of the world by such-and-such date, I don’t pay it any heed. However, Imran Hosein is a man who has made a lifetime study of Islamic eschatology, and whatever your views on that subject may be, I feel compelled to mention that I’ve run a few of Sheikh Hosein’s videos before and found his analyses on world affairs pretty solid.

So take it for whatever it’s worth: global war will begin by no later than November 4, 2016. Why the date in November has to do with the US presidential election. 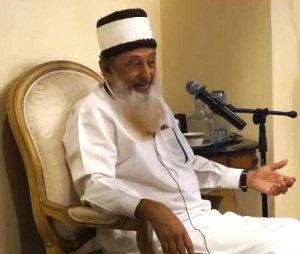 If you would like to construe that as a ringing endorsement of Trump, I guess you’re free to do so, and maybe in some respects it is. But Sheikh Hosein isn’t the only one with such a view of Trump. Consider the remarks of Mark Dankof as quoted in a recent article at Veterans Today:

OK, I’m going to vote for him as the only alternative to the unthinkable election of the Whore of Babylon in November. I agree with Stephen Lendman that Clinton’s election is the best guarantee of World War III. But a Trump Presidency is not a panacea for what ails us. It could end in disaster if he’s elected. Time tells.

By the way, if you follow Sheikh Hosein’s talk all the way to the end, you will see he also predicts that in the upcoming war NATO will be destroyed  and that Israel will emerge as the dominant world power. Interestingly, the Book of Revelation offers a similar view. The following is an excerpt from an article I wrote in November of 2011, almost five years ago:

The Final Destruction of YAM

It comes in chapter 18—YAM’s (America’s) final downfall and destruction. “After this,” says John, “I saw another angel coming down from heaven.” [18:1] He then gives us the angel’s words:

Fallen! Fallen is Babylon the Great. She has become a home for demons and a haunt for every evil spirit, a haunt for every unclean and detestable bird. For all the nations have drunk the maddening wine of her adulteries. The kings of the earth committed adultery with her, and the merchants of the earth grew rich from her excessive luxuries. [18:2-3]

As may be expected, the merchants and kings are quite distraught by this turn of events:

When the kings of the earth who committed adultery with her and shared her luxury see the smoke of her burning, they will weep and mourn over her. Terrified at her torment, they will stand far off and cry: Woe! Woe O great city, O Babylon, city of power! In one hour your doom has come. [18:9-10]

In one hour? So is YAM destroyed in a nuclear war? We don’t know. John doesn’t say, and of course such things as nuclear bombs were beyond his comprehension. What he does tell us is this:

Then a mighty angel picked up a boulder the size of a millstone and threw it into the sea, and said: “With such violence the great city of Babylon will be thrown down, never to be found again.” [18:21]

Maybe it’s an earthquake. All we know for sure is that at three separate points [18:10, 17, 19] the text emphasizes the destruction occurs in “one hour.” In any case, the Apocalypse has reached a major turning point: one beast has fallen; the other remains standing.

The other beast that “remains standing” is Israel. Interestingly, it would seem that Islamic and Christian eschatology both have similar views, at least on the downfall of America and the emergence of Israel as the global hegemon. There’s more to the story, though. Maybe at some point I’ll repost the entire article. Or if you like you can check out one of Hosein’s other videos or one of his books. There is probably quite a bit of agreement, if you look closely enough, between the two religions and their respective prophecies.

11 thoughts on “Sheikh Imran Hosein speech: “War by November 2016…NATO will be destroyed…They cannot take a chance that Donald Trump will become president, because he said that: >It makes no sense for us to have antagonistic relationship with Russia<"”