NWO agents had convinced themselves that they were an unstoppable force, killing men and women and children at will and literally destroying any country they do not like in the Middle East. But they have encountered an unmovable object: Russia 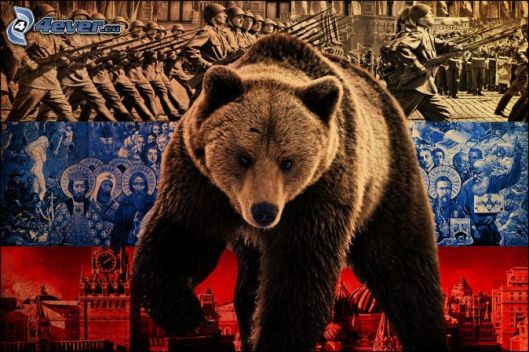 Russia to Benjamin Netanyahu:
Take Your Pick—Carrots or Sticks?

By Jonas E. Alexis, for VT

Vladimir Putin has been true to his word. Some people think that he is a Zionist shill and he is just in the business to protect the oligarchs. One Russian commenter keeps sending me weird stuff about Putin and I had to stop responding because he did not make any sense whatsoever. When I challenged him to present his case in a coherent manner so that I could address it at VT, he refused.

In any event, whatever you may think of Putin, you will be dishonest to say that he did not really challenge the New World Order in Syria. New World Order agents wanted to slaughter Assad just like they exterminated Gaddafi.

NWO agents had convinced themselves that they were an unstoppable force, killing men and women and children at will and literally destroying any country they do not like in the Middle East. As Jewish Neocon Jonah Goldberg himself put it

“Every ten years or so, the United States needs to pick up some small crappy little country and throw it against the wall, just to show the world we mean business.”[1]

For Goldberg, perpetual wars in the Middle East, not peaceful resolutions and fruitful dialogue, are the ways to get ahead. “There is nothing we want to see happen in the Middle East that can be accomplished through talking around long tables festooned with bottled water and fresh fruit at Swiss hotels,” he wrote, “that cannot be accomplished faster and more permanently through war. But there is plenty that cannot be achieved by such gabfests that can only be achieved through war.”[2]

In that sense, Goldberg is a political Talmudist, and here is how he fleshed out his Talmudic ideology: “Wouldn’t an invasion of Iraq result in instability in the region? Yes. But in this context, instability is more likely to be good than bad.”[3] Goldberg called the debacle in Iraq “a worthy mistake.”[4]

The logic is pretty clear: Goldberg wants to see blood flowing all over the Middle East, especially in Iraq. Fulfilling an essentially Talmudic dream is more important than the lives of Iraqis. Obviously Goldberg and his brethren would have been happy if they could create the same mess in Syria. In fact, Goldberg has nothing good say about Assad.[5] Moreover, he (deliberately) believed the lie that Assad did use chemical weapons on his own people and therefore the United States should have gone to war.[6]

But Goldberg and other NWO agents obviously have encountered an unmovable object: Russia. Putin has “personally assured Bashar Al-Assad that Russia will not let the Syrian government lose the civil war,”[7] and Putin has methodically done his best to bring fire and brimstone to ISIS in the region.

This has obviously split Washington into two camps. Some in Washington think that Russia is bad and others think that further aggressive move against the country is not good for the U.S.[8]

The fact is that no one has denied that Russia has progressively become a force to be reckoned with. That was one reason why Ash Carter himself said last November that Russia and China are “challenging the world order.”[9]

More recently, “Russian combat engineers, clearing the Syrian city of Palmyra of explosives left behind by Islamic State jihadists, have discovered and defused ‘one of the largest jihadist arsenals’ of more than 12,000 explosive devices.”[10]

It is also undeniable that Israel aspired to get rid of Assad and replace him with a bogeyman since the beginning of the war. That Israel preferred ISIS or Al-Qaeda or al-Nusra over the Assad government is also not in dispute.[11]

But Assad is still in power, which means that the New World Order ideology in Syria failed miserably and pathetically. It has become so pathetic that the Neocons have been a little quiet about it since the past two weeks. After all, they had a vested interested in ousting Assad and had poured multiplied millions of taxpayer dollars in abetting terrorists in the region. Putin killed that diabolical mission. Benjamin Netanyahu is obviously aware of this, therefore he has to move to Plan B.

The mad man in Tel Aviv has recently been to Russia and hopelessly tried to issue a warning to Putin that Israel must retain the Golan Heights, which were aggressively seized by Israel in 1967. Netanyahu also maintained that he wants to cooperate with Russia in order to ameliorate the situation in Syria. Big lie.

If Netanyahu really wants things to go well in the region, all he has to do is tell Washington, his puppet, to stop funding the Syrian rebels/terrorists and make peace with Assad. So, the mad man lied again. In fact, Israeli ambassador Michael Oren said the opposite of what Netanyahu is saying here.

Oren again agreed that the Syrian rebels, ISIS, and al-Nusra “are pretty bad guys, still, the greatest danger to Israel is by the strategic arc that extends from Tehran, to Damascus to Beirut. And we saw the Assad regime as the keystone in that arc. That is a position we had well before the outbreak of hostilities in Syria. With the outbreak of hostilities we continued to want Assad to go.”[13]

Netanyahu is politically naked here, and serious people know this. He does not want things to get better in Syria at all. What he meant to say is that he wants Assad gone. Since that is not happening, he has to move to a comfortable territory. He said,

“We will not go back to the days when they fired at our communities and at our children from atop the Heights. Therefore, with or without a [Syrian] agreement, the Golan Heights will remain under Israeli sovereignty.”[14]

The Kremlin seemed to have given the mad man in Tel Aviv two choices: carrots or sticks. “The Kremlin later commented on Netanyahu’s statement, with Putin’s spokesman Dmitry Peskov saying ‘Russia’s position has not changed in any way…’ Peskov said Russia’s position on the Golan Heights continues to be ‘in line’ with the 1981 UN resolution calling for Israel to withdraw its forces from the territory.”[15]

In other words, if Netanyahu fails to eat carrots like Bugs Bunny, Russia will almost certainly use sticks to get things done. In fact, it has recently been reported that Israel was trying to interfere in Syria, but Russian jets fired back.[16] Right after the incident, it was said that Netanyahu “is now planning to better coordinate with Russia to avoid such incidents.”[17] Business Insider, another Zionist outlet, declared:

Way to go Russia. Tell the mad man to stay in Tel Aviv
and eat either carrots or Kosher food…or else.

Russia slaps Israel in the face 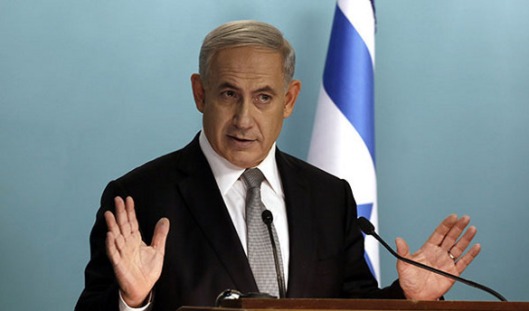 Israeli Prime Minister Benjamin Netanyahu‘s recent visit to Moscow and his negotiations with President Putin, for the fourth time this year, has created the impression of failure. Russia and Israel have been developing active cooperation recently in the field of culture, trade and customs and  education.

However, Netanyahu’s visit to Moscow does look like a failure from the point of view of foreign policy. In an official statement for the press, President Putin spoke about “open” and “constructive” nature of the talks with the Israeli PM. In the diplomatic world, though, when negotiations are held in a friendly and even neutral fashion, they usually say that the talks were held “in a friendly atmosphere.” This is something that we have not heard from the Kremlin this time. In other words, there is no understanding between Russian and Israeli leaders.

The main purpose of Netanyahu’s visit to Russia was clearly focused on foreign policy issues, such as the regulation of the crisis in Syria and a possible solution to the Palestinian conflict. Israel sees clearly that the civil war in Syria is ending. Netanyahu’s visit coincided with a remarkable speech that Bashar al-Assad delivered at the opening session of the newly elected parliament. It is obvious that the question of the end of the war and national reconciliation in Syria is a matter of time. What happens afterwards?

The conflict in Syria has created an alliance between Russia, Iran, Syria, and units of Lebanese resistance. As for the latter, it is not only Hezbollah fighters, but also a large number of volunteers from Lebanese secular parties that struggle against Islamic State militants in Syria.

What does President Putin say to all this? Putin delivers a long speech, in which he talks about culture, economy, trade and economic relations, tourism and everything else. As for the Syrian problem, Putin said only two phrases: “We have paid great attention to international issues, and of course, we talked about the complicated situation in the Middle East region, including in Syria.” That’s all.

One shall assume that there is no understanding between Russia and Israel. Russia has ignored  Netanyahu’s requirements, for example, to restrict supplies of weapons to Lebanon that Hezbollah fighters could get their hands on. Russia views Hezbollah as one of the most important political parties in Lebanon. Hezbollah is a member of the ruling coalition. Russia follows its principle to supply arms only to legitimate governments. Hezbollah is an important element of the legitimate government of Lebanon. Moscow sees Hezbollah as an essential element of structure of the Middle East.

In addition, Putin reaffirmed Russia’s position for a comprehensive and just settlement of the Palestinian-Israeli conflict and stressed out that Russia was ready to act as a mediator. This came as another slap in the face of Israel, because it is the Palestinians who demand the Palestinian issue should be solved by the international community, while Israel insists on bilateral negotiations between Palestine and Israel.

[1] Quoted in Conor Friedersdorf, “The Real Radicals of the Iraq War: Its Proponents,” Atlantic, March 6, 2013.