Various news outlets have confirmed reports that [last month of June] Russian warplanes bombed a remote outpost in Syria used by U.S. and British special forces (CIA, MI6), and then in July a camp for members of Central Intelligence Agency which are supporting, close to the Jordan border, mercenary-terrorists fighting in Syria.

Russians bomb US base in Syria

(Fort-Russ ~ Katehon ~ 24/7/2016) ~ Various news outlets have confirmed reports that last month, Russian air-forces destroyed a US and UK military base in Syria.

Within moments of the first bombing run, US liaison offices contacted their Russian counterparts, warning them that in fact they had hit a US run installation. Russian air-forces responded by flying a second sortie and hitting the same facility again.

According to The Wall Street Journal, a month ago, the Russian air-forces destroyed a top-secret military facility, used by Special Forces of the USA and the UK in Syria. The Government and military in all three countries, according to the newspaper, ignore this fact.

On June 16 Russian planes in Syria hit a remote military installation at “Al-Tanf” in the south-east of the country. As the publication of The Wall Street Journal, citing military sources states, the aim was a secret base of the US and the UK. Coincidence or not, but the strike occured after the base was left by the 20 people of the UK military personnel.

The US military states, that some cluster bombs were dropped on the base. After that, the representatives of the US Central Command in Qatar called Russian colleagues in Latakia, explaining that the facility that was bombed is a part of the American infrastructure. But a second blow was delivered some 30 minutes after this.

“US is known for its official support of the so called “moderate opposition” and the secret support of the ISIS extremist group. US uses its bases not to fight terrorism as they claim, but to overthrow Assad’s Government. The US-UK base has been created illegally and as a violation of both the sovereignty of Syria and International Law.”

An outpost near the Jordanian border that is used by U.S. and British special forces was hit by the airstrikes last month.
When Russian aircraft bombed a remote garrison in southeastern Syria last month, alarm bells sounded at the Pentagon and the Ministry of Defense in London.
The Russians weren’t bombarding a run-of-the-mill rebel outpost, according to U.S. officials. Their target was a secret base of operations for elite American and British forces. In fact, a contingent of about 20 British special forces had pulled out of the garrison 24 hours earlier. British officials declined to comment.
U.S. military and intelligence officials say the previously unreported close call for Western forces on June 16, and a subsequent Russian strike on a site linked to the Central Intelligence Agency, were part of a campaign by Moscow to pressure the Obama administration to agree to closer cooperation in the skies over Syria.

Russian aircraft bombed a remote outpost in Syria used by U.S. and British special forces in June, and then in July hit a camp housing families of Central Intelligence Agency-backed Syrian fighters. 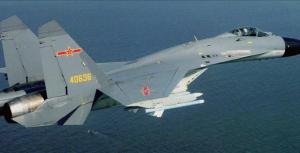 Russian Attack on Base Used by U.S. in Syria Confirmed by Diplomatic Source

The Wall Street Journal also reported on Friday that Russia’s air force had attacked the garrison of At-Tanf near the Jordanian border, which has been used by U.S. and British special forces as well as the Syrian opposition. A contingency of around 20 British troops had left less than 24 hours before the attack, the newspaper claimed.

The U.S. subsequently informed the Russian air force command in Syria that the base was used by the U.S. in the fight against the Islamic State and shouldn’t be attacked.

Russian jets however, reportedly attacked the base a second time 90 minutes later, despite warning signals sent from U.S. aircraft.

U.S. officials and rebel leaders claim cluster munitions were used in the attacks and that four people were killed.

According to Interfax’s source in Moscow, the strike took place because the U.S. refused to provide Russia with information on their activities regarding the areas where moderate Syrian opposition were active and observing a cease-fire.

Russia had warned the U.S.-led coalition of imminent Russian air strikes in the area of At-Tanf, the source claimed.

“The Russian side has already given a full explanation on this matter,” the source said.

“There was a video conference between the U.S. and Russian military devoted to this and there is no need to repeat what was said there.”

Kremlin spokesman Dmitry Peskov earlier declined to comment on the report of a Russian attack on a base in Syria used by the U.S., saying that the Defense Ministry handled enquiries on the matter.

The Islamic State is a terrorist organization banned in Russia.

Did Russian Warplanes Bomb Secret U.S. Military Base in Syria?

Russian warplanes  reportedly bombed a secret US military base in Syria last month.

(GlobalResearch ~ SouthFront) ~ The Wall Street Journal (WSJ) reported Thursday that Russian warplanes bombed a secret military base in Syria used by U.S. and British special forces last month. The WSJ argued that the Russian strike targeted the base located at the Syrian-Jordanian border on June 16 and at least four Western-backed militants (apparently belonged to the New Syrian Army) were killed in strikes. According to the Western media outlets, US and British special forces help the New Syrian Army to maintain a buffer zone and assist the militant group in its struggle against the Islamic State.

Citing U.S. military and intelligence officials, the  WSJ added that the Russian strike on the CIA-linked site was aimed to pressure the White House to agree to closer cooperation with Russia in the Syrian skies. The report added that nearly a day before the strike, over 20 British special forces pulled out of the base, avoding Russian air raids.

Kremlin spokesman Dmitry Peskov said Friday that Russia is not aware of incidents reported by the US media.

“We have no knowledge [of the incident] and in this case I have nothing to comment on this newspaper article. Again, this is an issue that should be addressed to the Ministry of Defense,” Peskov said.