Russia’s UN envoy has called on the international community not to draw “hasty conclusions” from a year-long UN investigation that blames the Syrian government for carrying out two chemical weapons attacks in the past two years, and Islamic State for one.

The UN Security Council-backed investigation was conducted by the Organization for the Prohibition of Chemical Weapons (OPCW) and the UN’s Joint Investigative Mechanism, a body known as JIM that investigated nine separate chemical weapons attacks that had been previously verified by the OPCW. 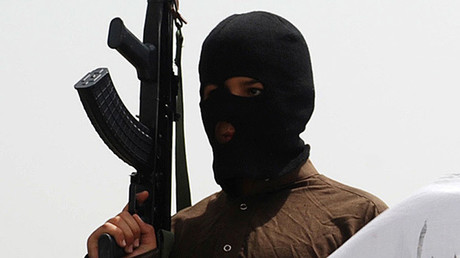 ‘US supporting Syrian groups that use chemical weapons,
but media won’t report it’

All incidents occurred after 2013, when Syria handed over its chemical weapons arsenal to international monitors. In six instances, JIM was not able to definitively apportion blame, in two cases, in Idlib in 2014 and 2015, the report said that government forces had used chlorine gas – which was not removed in 2013 due to its civilian uses, but is forbidden on the battlefield. In one case, Islamic State appeared to have used mustard gas in Marea in August of 2015.

Churkin said that the findings were notable, as “usually all blame gets assigned to the Syrian government.”

He also said that Russia will discuss the findings with the US at the next United Nations session in September.

“JIM was jointly set up by Russia and the US. It was a very complex process, and I have already spoken to [United States UN envoy] Samantha Power, who is currently on vacation. We agreed that as soon as she gets back, we will sit down and decide what we can do on the basis of this report.”