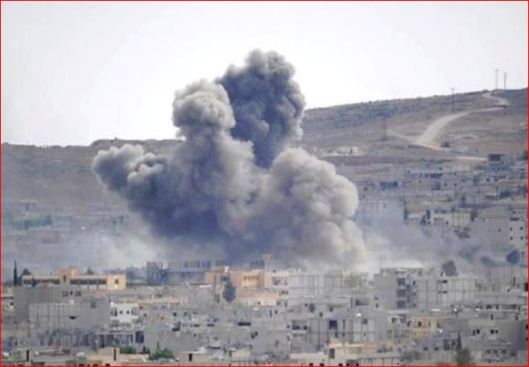 “The civilians who left Aleppo’s Sheikh Hader district via the 1st and 6th humanitarian corridors at ten in the morning on Sunday informed of the execution of 26 local residents, including nine teenagers, on Saturday. The slain people had asked militants arriving from another district of the city to leave their neighborhood to prevent an outbreak of hostilities there” 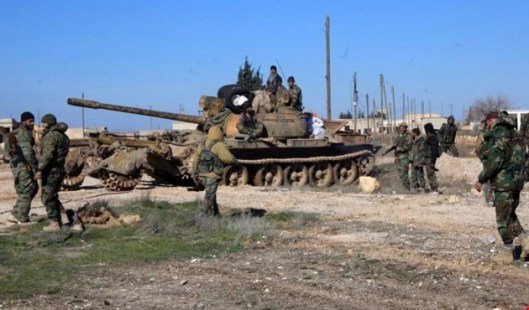 The Jeish al-Fatah coalition of 22 terrorist groups breached the September 9 Nationwide Syrian truce again and stormed the pro-government forces’ strongholds in the Southwestern districts of Aleppo.

The Jeish al-Fatah terrorist’s attacks were repelled by the strong defense of the country’s government forces.

At least 1 civilian was killed by Jeish al-Fatah’s snipers in al-Hamdaniyeh. Field sources announced earlier today that a shaky ceasefire is underway in Aleppo.

“The civilians who left Aleppo’s Sheikh Hader district via the 1st and 6th humanitarian corridors at ten in the morning on Sunday informed of the execution of 26 local residents, including nine teenagers, on Saturday. The slain people had asked militants arriving from another district of the city to leave their neighborhood to prevent an outbreak of hostilities there”, the spokesman said.

“According to eyewitnesses, several hundred people took part in spontaneous protests against the presence of the terrorists,” he added.

The September 9 ceasefire plan in Syria is being observed by only government troops whereas the terrorist groups, including the Jeish al-Fatah coalition, are using it to get prepared for large-scale combat operations in Aleppo, Russian Defense Ministry Spokesman Igor Konashenkov said.

“Militants are using the ceasefire to lick wounds, recuperate and prepare for resumption of combat operations,” the spokesman said.

He further added that our reconnaissance channels spotted movements of militants and concentration of armored vehicles and cars both in Aleppo’s Eastern part and its countryside.

“Such facts only prove our apprehension of regrouping of terrorist groups and their preparing for large-scale combat operations,” he said, adding that civilians leaving Aleppo’s Eastern neighborhoods confirm these reports.

Hezbollah and Syrian Army fighters blew up on Monday an IED targeting a group of Al Nusra terrorists in rural Damascus.

The operation took place on the road between Sabna and Amoud Bloudan neighborhoods in the countryside area, leaving all the Al Nusra group members killed.

Dozens of terrorists killed in northern Hama and southern Aleppo

An army unit on Monday killed more than 25 terrorists of the so-called “Jaish al-Fateh” terrorist organization in the northern countryside of Hama central province.

A military source said that an army unit confronted an attack by terrorist groups against military posts in the village of al-Kabbaria to the north of Maan in the northern countryside of the province.

The source added that more than 25 terrorists were killed and three vehicles equipped with heavy machineguns along with a bulldozer were destroyed during the clash.

Army units killed ISIS terrorists in the surrounding of the Air Force Academy in Aleppo countryside and destroyed three vehicles.

A military source confirmed  that armed terrorist groups sustained heavy casualties in different areas in the southern countryside of Aleppo.

In a statement to SANA, the source said that the armed terrorist groups attacked a number of military points in the 1070 Apartments project, al-Sabikia village, and the area surrounding Shghidla Dam in the southern countryside of Aleppo, adding that army units repelled the attacks and inflicted the terrorists’ heavy losses in personnel and arms.

The General Command of the Army and Armed Forces announced on Monday that the effect of truce regime, which came into force at19:00 on September 12th 2016 under the Russian-US agreement has ended.

The General Command said in a statement that the truce regime was supposed to form a real opportunity to stop the bloodshed, but the armed terrorist groups turned a blind eye to the agreement and didn’t adhere to any of its terms.

It pointed out that more than 300 breaches have been perpetrated by the armed terrorist groups during the truce period in all areas through targeting the residential neighborhoods and the sites of the Syrian Arab Army, killing and injuring tens of civilians and military personnel.

The General Command of the army went on to say that the armed terrorist groups took advantage of the announced truce regime by mobilizing the terrorist groups and various types of weapons to continue their attacks on the residential areas and military sites and to carry out wide terrorist operations, mainly in Aleppo, Hama and Quneitra.

The statement confirmed that the criminal acts of the terrorist groups during the truce period form clear evidence on the extent of the affiliation of these groups to international and regional sides which have no interest in the cessation of hostilities or putting an end to the suffering of the Syrian people.

The army’s command clarified that units of army did their best to implement the truce regime and exercised the highest degree of self-restraint in facing the breaches of the terrorist groups except in some cases when the army units were forced to respond to fire sources.

The general Command concluded its statement by emphasizing on its intention and determination to continue its national tasks in the fight against terrorism to restore security and stability to the territory of the Syrian Arab Republic.

2 thoughts on “U.S.-backed terrorist gangs ready for attack on Syrian Army in Aleppo ~ Hezbollah and Syrian Army launch IED attack against Al Nusra in rural Damascus, killing all its members ~ Dozens of mercenary-terrorists also killed in north-Hama and south-Aleppo”