The Ministry of Defense of the DPR has released information that instructors from NATO countries were onboard the helicopter that the republic’s servicemen shot down yesterday.

“In the helicopter at the moment of its sortie were military instructors from NATO countries”, Basurin said.

According to DPR intelligence, the helicopter crash landed in the area surrounding Krasngotovka.

As the republic’s command has pointed out, the area is now cordoned off and cellular communication is disabled there. 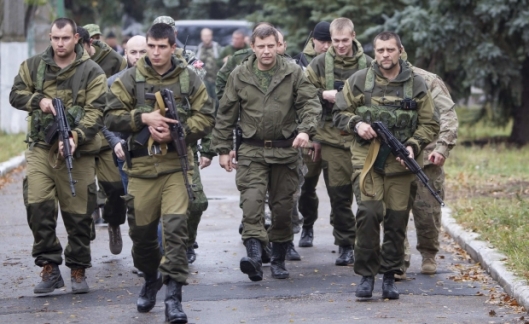 Yesterday, DPR head Alexander Zakharchenko stated that the UAF attempted to attack DPR positions under the cover of a military helicopter, which was shot down but managed to land.

According to paragraph seven of the Minsk Memorandum from September 19th, 2014, the use of combat aircraft and drones is prohibited along the entire contact line designated for the ceasefire with the exception of OSCE SMM UAV’s.

The last time that Kiev used aircraft in Donbass near Gorlovka was on January 18th, 2015, when several SU-25 fighter jets were noticed in the sky.