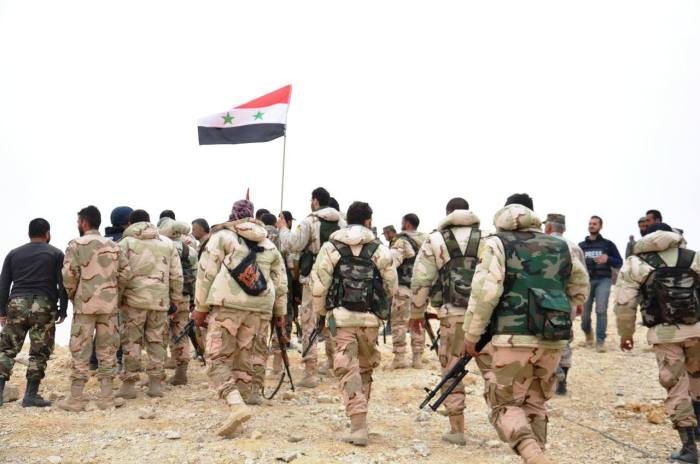 The fight for Aleppo is going to be a turning point in the Syrian war which could jumpstart the liberation of other Syrian cities, according to President Assad. Russian military correspondent, retired colonel Mikhail Khodarenok explains how the Russian military is going to use the experience of Palmyra’s liberation in the re-conquest of Aleppo.

In January, General Valery Gerasimov,  current Chief of the General Staff of Russia’s Armed Forces revealed the plans of the Syrian Armed Forces to take the offensive along the entire  frontline with the aerial support of the Russian military, Mikhail Khodarenok, military correspondent of Russia’s online newspaper Gazeta.ru writes in his article for the website.

Several months later, local fighting goes on in six Syrian regions. The most active operations are being carried out in Lattakia, Aleppo, Hama and Palmyra. In Damascus, the government forces continue to encircle the Eastern Ghouta district occupied by the militants.

The clashes often come down to reciprocal skirmish from small arms and artillery strikes. Neither side to the conflict could boast any major military success. Apart from Aleppo, the fighting is done merely by reinforced squadrons and at times it looks quite strange, the expert says.

He further describes how it happens: after artillery preparation an assault detachment of somewhat 100 fighters leads an assault. They advance for somewhat 400 meters and take a break for two days. Khodarenok says that even with the aerial support of the Russian Aerospace Forces it could take another decade without any major achievements.

In his recent interview President Assad said that retaking the city of Aleppo from terrorists would jump start the liberation of other Syrian cities. It would be a springboard to move towards other cities and to liberate them from terrorists.

People walk near an over-crowded graveyard in the rebel held al-Shaar neighbourhood of Aleppo, Syria October 6, 2016

In order to evaluate the prospects of the Syrian army and its combatant value, Khodarenok reminds of last year’s liberation of Palmyra, which has become the major success of the government forces. The reviewing of this experience will provide rather a true-to-fact overview of what is going on in Syria.

In May 2015, Daesh militants advanced towards Palmyra, which had a garrison of 2,000 Syrian servicemen and 1,000 of police forces. The jihadists were twice fewer, there were 1,500 militants. For one week the terrorists were trying to take Palmyra, including its Jazal and Al-Sha’ar oil and gas fields.

However, the expert says, the city fell not as a result of a storm but due to a betrayal of the local residents and this is not a unique example for Syria.

The decision was made to retake this important center of communications, as it had the strategic highway linking Damascus and Lattakia with Raqqa, often referred to as the Daesh capital and Deir ez-Zor, which had another garrison of pro-government forces encircled by the terrorists.

A special force grouping “Palmyra” was formed especially for this assault which included the Syrian government units, Hezbollah units, units of other Iranian and Shia volunteers, including those who call themselves Fatimids, after the Shia Fatimid dynasty, who claimed to be direct descendants of Faṭimah, the daughter of the Prophet Muḥammad and his cousin Ali ibn Abi Talib.

Khodarenok says that the contingent of the pro-government forces near Aleppo looks relatively the same now. By the start of the operation the “Palmyra” grouping had five assault detachments.

Each detachment had three assault squadrons, one fire support group, one engineer group and one combat support group. 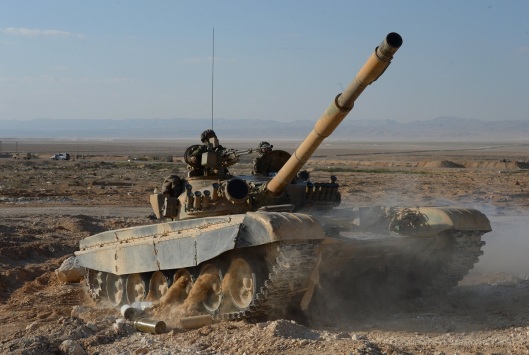 The defeat of Daesh in Palmyra was supposed to be done first by two splitting attacks on the flanks of the offensive sector with capturing the commanding points.

It was then supposed to give way to the assault detachment on flat terrain in center of operational order of battle of the grouping.

Then it was meant to rupture the enemy’s battle position, capturing the commanding points around Palmyra and take under control all the roads. At the end, it was supposed to block the city from the north, west and southeast.

During the second stage it was supposed to storm the city from three directions leading to the city center from the north, west and southeast.

To fire at the enemy on the city’s fringes, on the outskirts and in its defense centers, block the arrival of any reserves and then, advancing along the streets, consistently capture buildings and city quarters.

During the final stage, it was supposed to clean up the city from terrorists, eliminate the remains of isolated armed gangs and restore constitutional order in Palmyra

The intention looked very convincing. However the organizers of the storm did not take into account the low military fighting efficiency of the Syrian army and its low ability to mount an offensive.

Upon examination of the readiness of the assault detachments for the operation it suddenly turned out that they were understaffed and its military personnel was absolutely not ready for the upcoming battles.

It turned out that the Syrian servicemen had no battle training, there were no essential logistical stocks and nobody has been getting ready for the storm.

In other words, the expert says, the level of training of the assault detachments and their weaponry and military hardware resources did not allow to launch the assault within the set time limits.

The commanders in charge of the operation had to start with elementary tactical training and firing instruction. Tank and armored personnel carrier crews, snipers, operators of grenade launchers and engineers underwent the initial training. In the long run, they have got relatively combat-capable crews.

During the fight for Palmyra the situation was very similar to what is constantly going on along the entire Syrian frontline: Syrian army, experiencing heavy losses was barely advancing for several kilometers and then hurriedly retreated without any reason to its starting positions.

Hezbollah and Fatimid units suddenly refused to take part in the offensive, however in a short while they abruptly changed their minds and decided to support the pro-government forces.

At times, it was absolutely incomprehensible for the Russian military: for example, the Iranian units of Hezbollah were successfully beating the militants out of commanding points near Palmyra. Then at night they suddenly retreated from all the recaptured points which have been then immediately captured by the militants.

Experts from Russia’s International Mine Action Center in Palmyra

After such a retreat the Russian experts even suspected conspiracy between the leadership of the armed gangs and commanders of Hezbollah and Iranian units.

From the first days of the fight for Palmyra it became clear that the militants had an extensive agent network which helped them to obtain verified information about the operations of the “Palmyra” group.

The commanders of the armed gangs had the dates of the assaults of the pro-government forces long beforehand. Besides the agent network, the enemy has been intercepting radio traffic of the Syrian servicemen and learning about the planned assaults due to systematic violation of security measures by the servicemen.

With all the data of the planned assaults at hand, the Islamists were able to strengthen the existing and construct new defensive positions on the city’s fringes.

Experts from Russia’s International Mine Action Center in Palmyra

They were able to plant mines on major routes long beforehand which enabled them to hold their positions.

The militants in Palmyra were fiercely resisting with the fire support of tanks, weapons of field artillery and mortar launchers, under cover of highly maneuverable trucks with mounted ZU-23 anti-aircraft systems or 12,7mm,14,5mm heavy machine guns.

High volume of fire and mine-infested terrain resulted in heavy losses of the pro-government forces (for the first three days of the assault died two of the four commanders of the assault detachments) and weakening of already low martial and offensive spirit.

After several days of the assault there came a break as there was a real need to restore the fighting efficiency of the government forces.

As the result, the enemy got time to regroup and counterattack. Then the Syrian forces were on the offensive again and were advancing.

However day by day the combat intensity was going down. That is why the storm of Palmyra become stalled for a long while.

As the result, some of assault detachments of the Syrian army have left in panic the re-captured positions and temporarily lost combat effectiveness.

With the planned assault on Aleppo, the Russian military say it is not that big of a problem to bomb it and level it to the ground. However it is not and will never be on the agenda.

Neither is the aim to “fight until the last Sunni or Alawi.” All that remains for the Russian military is to work on increasing the combat effectiveness of the Syrian army. And it is already bringing first results.

However what the Russian military really want is to launch a peace process in Syria on equal terms. Sooner or later all the parties to the conflict will sit down at the negotiation table, and the commanders in charge of the operation realize it.

The negotiations in the Arab world is a very complicated process however there is no alternative. The war will never bring any order, peace and tranquility to Syria. 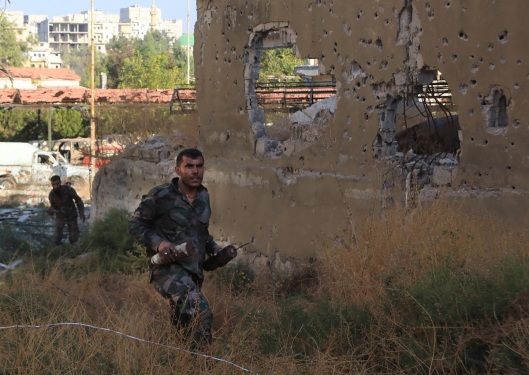