(Sputnik) ~ Terrorists have launched an offensive against the Syrian army in Aleppo’s south-west, using Grad multiple rocket launchers, a RIA Novosti correspondent reported from the scene on Thursday.

According to the correspondent, militants launch rocket strikes on Syrian army’s positions on strategic heights, including in the area where an air defense unit is deployed. Militants strike Syrian army’s and militia’s positions near the 1070 district of Aleppo.

Terrorists are redeploying reinforcements to the south-west of Aleppo, according to Syrian military intelligence data.

Mobile communication and the Internet have not worked in the city since Thursday morning. On October 20, the Russian “humanitarian pause” was introduced in the embattled city of Aleppo to ensure the safe evacuation of civilians from eastern Aleppo via eight designated corridors.

On Sunday, the government forces started offensive in the south of Aleppo after the end of the humanitarian pause. 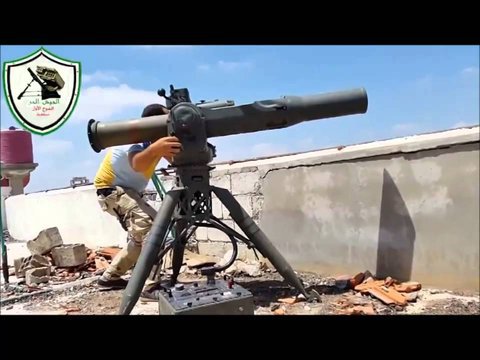 Mercenary-Jihadist gangs in Syria received
and use U.S.-made anti-aircraft systems

The Russian Foreign Ministry, she said during a news briefing, is aware of “militants [in Syria] receiving US-manufactured man-portable air-defense systems,” adding that “Jihadists operating in the Aleppo region continue to be supplied with arms and ammunition.” 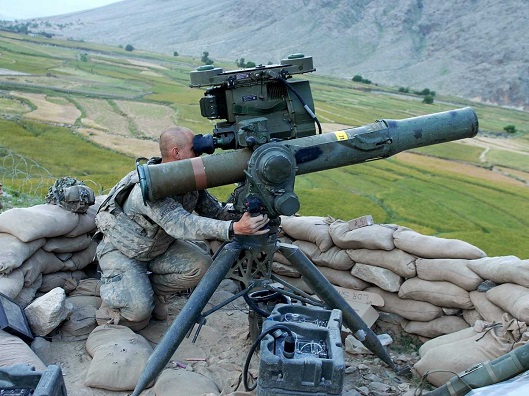 Zakharova also mentioned the alleged plans of the US to supply the ‘moderates’ with heavy weapons and expressed hope that the US would eventually scrap the plans. “We hope that… realistic and rational consideration will prevail over reckless schemes that could lead to unpredictable consequences,” she said, adding at the same time that this information had not been yet confirmed and the ministry did not know the final decision of the US administration.

The West’s policy towards Syria cannot be described just as one of “double standards” anymore, Zakharova told journalists during the briefing, saying that “there is an attempt to directly assist the militants and terrorists.”

The foreign ministry spokeswoman also said that the actions of the US-led coalition increasingly destabilize and complicate both the political and humanitarian situation in Syria. “We fear that the US-led coalition significantly underestimates the harm it inflicts upon the civilian population [in Syria],” she said, referring particularly to a report by Amnesty International published on Wednesday, which said that the US Central Command (CENTCOM) “may have… carried out unlawful attacks” that claimed the lives of at least 300 civilians.

“Analysis of reliable data shows that the coalition did not take adequate precautionary measures to minimize civilian casualties and damage to civilian infrastructure,” Zakharova said, commenting on the issue.

Zakharova went on to say that Russia would present an official document to the UN Security Council (UNSC) with the records of Russia fulfilling its commitments under its agreement with the US on Syria as well as with records of the US breaching its obligations.

“Russia has taken a decision to present an official document to the UNSC as well as to the UN headquarters in New York and Geneva, which will contain all facts of Russia fulfilling its commitments under the US-Russian agreements as well as of the US violating its obligations,” she told journalists, adding that it will be done to “stop all insinuations”concerning Russia’s alleged violations of these accords.

UN chemical weapons use report in Syria is ‘unconvincing’

Moscow believes that the most recent joint report of the UN and the Organization for the Prohibition of Chemical Weapons (OPCW) on the use of chemical weapons in Syria lacks convincing facts, the foreign ministry spokeswoman said.

“We have examined the fourth and final OPCW report on the use of chemical weapons in Syria in the most thorough manner,” she said, adding that it is “hardly different” from the previous one, and also “lacks convincing facts and methodology,” as it “contains contradictions and conflicting information” and “still lacks numerous technical specifications.”

At the same time, she stressed that the report rightfully stresses the necessity to investigate the potential use of chemical weapons not only by Islamic State (IS, former ISIS/ISIL) but also by various other extremist groups, including Al-Nusra Front.

“We are convinced that [Al-Nusra] and its foreign patrons and sponsors are behind the endless provocations involving the use of chemical warfare agents aimed at discrediting the Syrian government,” she said, concluding that Russia will present its review of the OPCW report to the UNSC.